Vampire with a heart of gold 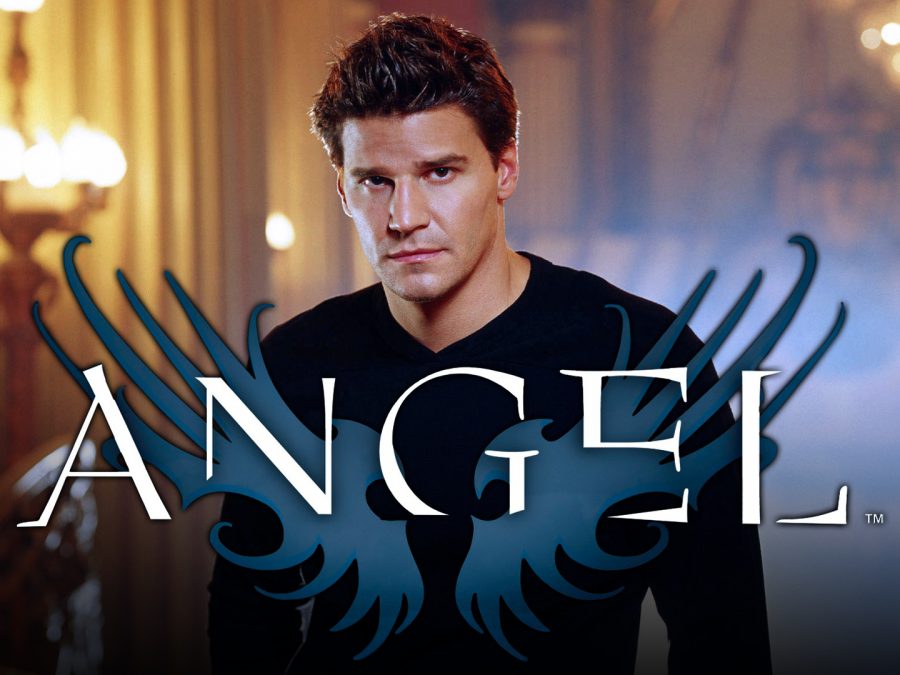 A few Rewatches ago I talked about my love of Buffy the Vampire Slayer. The tales of the blonde slayer wouldn’t be complete without a journey to visit her tall, dark, used to be evil, on-again, off-again boyfriend, Angel. For three seasons the vampire with a soul worked with Buffy and the Scoobies to save Sunnydale time after time. At the end of season three though, Angel went off on his own and moved to good old Los Angeles. Also known as the city of angels. Get it? 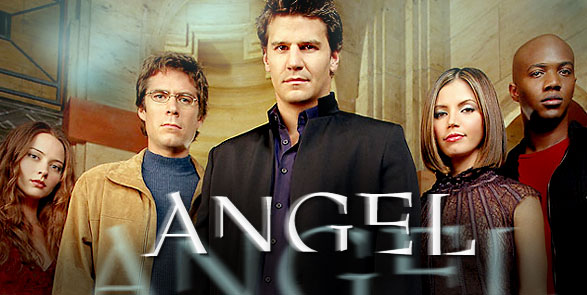 Angel still deals with vampires and the supernatural, but that is really where similarities end between it and Buffy. Instead of fighting evils trying to open a Hellmouth, Angel and his own gang of friends fight an demonic law firm, Wolfram and Hart. Yes, the most evil thing writers could think of was a law firm. Most of the series is spent with Angel Investigations, his job as a private detective, going up against the law firm. Sometimes they team up but most of their time is spent trying to stop one another. Season 4 deals with an outside element that causes Wolfram and Hart to offer Angel and his team to take control of the L.A. office in the 5th and final season.

Angel feels drastically different than Buffy besides just the location. Angel Investigations compared to the Scoobies are vastly different. Angel’s team starts out much smaller. It is just him, Cordelia (who moved out to L.A. to be an actress) and Quinn a demon with precognition who joins the team. The line up is ever changing as other team members come and go on a regular basis. Wesley a former watcher joins the team early on after the loss of Quinn. Charles Gunn a young demon hunter joins the crew and must get over the fact he is working for a vampire. The last major pair to join the group is Fred and Lorne. Fred is a Texas girl who got lost in a demon dimension. Lorne is a demon from that dimension. These are the core full time members. Others come and go. Angel’s son Conner, who has daddy issues, is an on-again off-again member of the team. The last big addition comes in season 5. Spike, the blond bad-ass himself comes and joins Angel and the crew for the final season at Wolfram and Hart.

The show runs the gambit of small time supernatural detective cases to end of the world level problems. Season 4 and 5 specifically deal with the biggest of bads. Season 4 involves The Beast, a large stone monster, rampaging around L.A. making way for a god. A god who will bring about world peace by making everyone worship her. Season 5 has one of the best cliffhanger endings of all time. Angel and friends work for the evil law firm Wolfram and Hart. At the end of the season Angel and his team lead a mission to destroy all the upper management of Wolfram and Hart. When Wolfram and Hart senior partners, the demons Wolf, Ram and Hart learn of this they send Los Angeles to hell. They plunge the city of L.A. into hell. Let that sink in for a moment. They sent it to hell. The crew meet up at their meetup point in a back alley after taking out most of upper management. As they gather an army and a freaking dragon show up. They face off with the army of Wolfram and Hart and the last line of the series is amazing.

“I want the dragon.” Angel said and that was it. Ending. Over.

Rarely are spin-offs as good as the original. You could argue Angel is as good as Buffy the Vampire Slayer. I won’t argue that because it would take a much longer column and a lot of research, but the argument could be made. While it is a common occurrence today on the CW or Netflix, back in the early 2000s cross overs felt bigger and more important. Having Angel show up during Buffy’s last season was a big moment for both series’. At the end of the day the two shows are about friendship and team work. Two groups of people coming together to overcome the greatest of evils. It is nice to see both shows come together an episode here or there.

Angel wasn’t the first program about vampires, nor would it be the last. It was one hell of a ride though. From their start as misfits running a detective agency in L.A. to running the biggest demonic law firm in Los Angeles the team always fought for the greater good. There was always the worry of falling back to the dark side. Together as a team they overcame it and led Angel into 5 really good seasons.