“Overdose with the Holy Ghost” 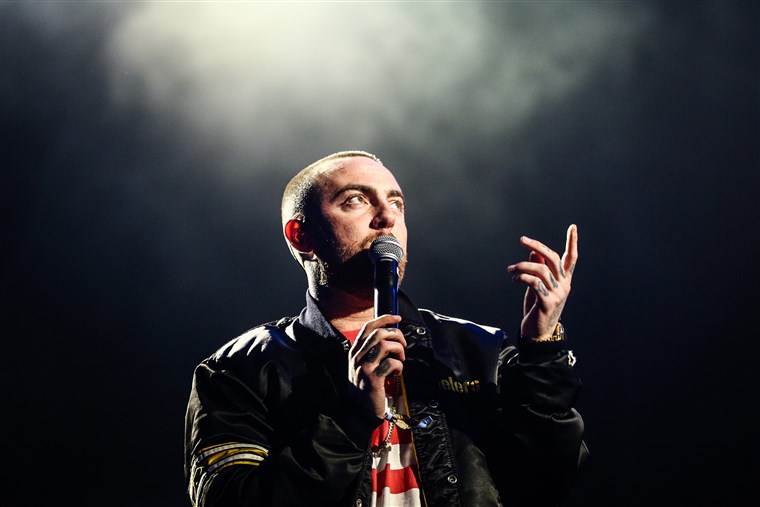 His music wouldn’t be the same if the lyrics didn’t contain experiences of his mind altering thoughts and his battle with depression. Malcolm McCormick, better know as Mac Miller, expressed his sorrows through his music, using his artistry as a way to cope with his feelings and reminding every listener that fame and publicity doesn’t change the reality of mental health.

As a victim of feeling the deterioration of my mental health,  I know that it is hard to believe and accept the fact that you aren’t dealing with these issues alone. Mac Miller’s music, troubled yet inviting, made it known that you weren’t alone.

Though some of us are luckier than others, only willing to take our suffering to a certain extreme. His method of coping with his issues lead him to a dead end, with no way out, and beyond it, a high cliff of temptation descending to darkness.

Falling for the temptations, he spiraled downward in his never ending hell, until his body lay flat in the hole dug for him in the ground.

After leaving his hell and entering heaven, he left his mark upon listeners, delivering a message within every single song with a purpose of trying to help others, in a way that he couldn’t help himself.

In honor of Mac Miller and his legacy, I would like to express my thoughts on excerpts from his music about his personal battle. Within, I found these lyrics mirrored my own.

“I’ve been up and I’ve been down… But I’m just another face in the crowd”- Face in the Crowd, KIDS.

When I was up, I felt down. When I was down, I felt stuck under layers of quick sand with my head barely above the surface. I needed help getting out, but I didn’t know how to ask for help, afraid I would be a burden to a world of people dealing with their own trouble. What made me just another face in the crowd, was I avoided my problems without help from others or myself and I was my doing best to blend in. When I sought out help and spoke, a spotlight attracted to me, and pulled me onto the stage in front of the crowd of faces. I was free and alive.

“If they gave you a hand out, and you were down bad, would you take it?”- Under the Weather, Blue Slide Park.

The answer is yes, if it would make me “feel better”- just for a little. Masking my pain sounded easier than feeling it, although I knew the relief wouldn’t last for long. This was only a temporary fix for what was a long term problem. I never found my happiness at the bottom of the bottle; I found happiness in something much stronger than the 80 proof vodka- love.

“Think I’m living paradise, what would I have to worry ’bout? Dealing with these demons, feel the pressure, find the perfect style”- The Star Room, Watching Movies with the Sound Off.

I felt the pressure of being perfect in a world I knew never would be, that may have appeared good and well to others. People would conclude that being a famous musician would leave you with no problems, just as they would of people with material things, such as beauty, popularity, and money. I didn’t dream of having the material things. My dreams of paradise consisted of genuine happiness and self-love.

I would close my eyes, praying I would fall asleep. After all, it was 4 in the morning and I had no reason to be awake, but my mind refused to rest. I was more tired mentally than physically, but my mind continued to persevere in a marathon to a different dimension. A scary, trying one.

“Before things come together, they have to fall apart “- My Favorite Part, The Divine Feminine.

This message made the most sense to me after reflecting on my own experience with mental health. If I didn’t feel as bad as I did then, I wouldn’t feel as good as I do now. Instead of seeing the world in black and white, it made me appreciate all the little things in life vividly, in color and detail.

“And I was drownin’, but now I’m swimmin’, Through stressful waters, to relief”- Come Back to Earth, Swimming.

You left masterpieces behind in your name, to save a victim from the devil you stood face to face with.

I can only hope that the angels took you with grace and gave you the relief you were seeking.

You’re free from your demons, and may you rest in peace.