A Moment of Silence for the Flawless Men of The NBHD 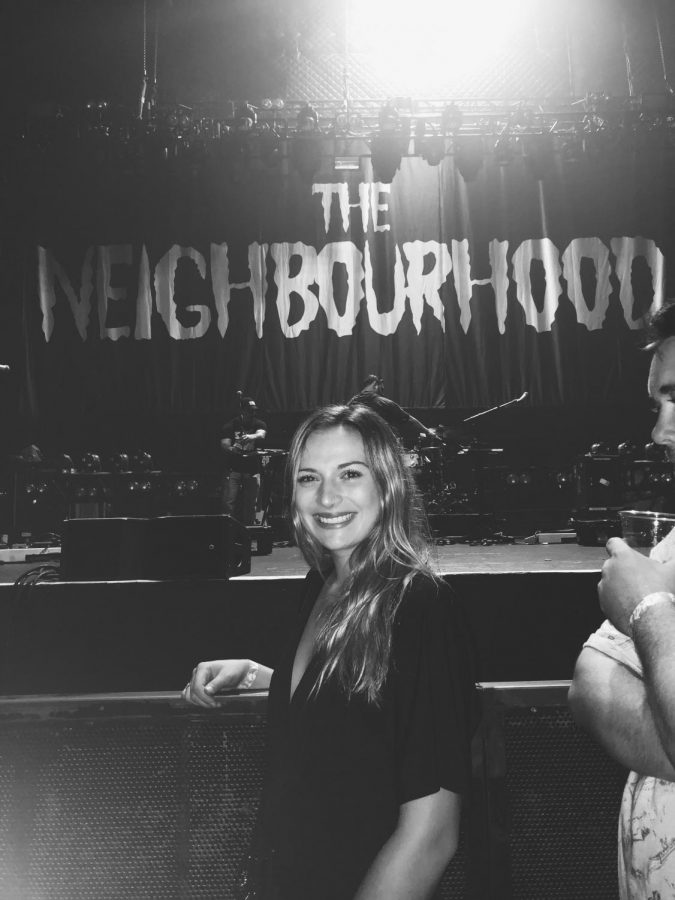 As I sat on the plane for six hours, awaiting my return to New York from the summer, I decided to make a bucket list, while listening to The Neighbourhood in my headphones. Some of the goals involved experiencing more of what New York has to offer, personal goals for myself, and spontaneous trips and activities.

A month later, I found myself at the tire shop waiting for my tire to be replaced, curious to see what bands were around the next couple months. The Neighbourhood, who is my favorite alternative band, was performing at Terminal 5 in NYC in a couple weeks later. I knew at that time I should’ve bought tickets to their show, but I held off.

I had a gut feeling I would end up there somehow anyways.

A week or so later, I pitched the idea of going to the concert to some of my friends. My friends weren’t familiar with their music, but they knew the most popular song by them. I wasn’t too convinced that they would want to spend the money to see them. Regardless of that, I had made a promise to myself that I would see them whenever I had the opportunity and I wasn’t going to let this one pass by. I decided, why not go alone? And I did.

Walking through the doors of Terminal 5 alone, I wasn’t scared. That was the last thing I could feel. Instead, I felt anxious and eager to finally see my favorite performers live. Their music always soothed me when listening in my headphones and made me feel alive hearing their music come from the speakers of my car. I could only imagine how electric it was going to sound live.

The openers came on and I didn’t know who either of them were. I just stood in the crowd and listened, asking anyone who stood near me if they have heard these performers before. Everyone’s answer was no, unsurprisingly. That was my que to go to the bar and get a drink before The Neighbourhood came on.

While in line for my vodka cran, this couple came up to me and asked me if I could buy them an Angry Orchard if they gave me money. Without hesitation, I told them I would do them that favor and meet them in the crowd.

A girl around my age who was standing behind me in line, asked me in her foreign accent what they were asking me for. I told her, she complimented my shoes, and we started having a conversation. I came to find out that she came to the concert alone as well. From that point on, Bia and I agreed on enjoying the concert alone together.

We found the couple and I gave them their drink, who then proceeded to ask Bia and I if we wanted to hangout with them as well. It was a nice surprise that I came across a group of Neighbourhood fans who were once strangers to sing and dance with all night.

We found the perfect spot to stand where we could see the stage. Well, I was a little more fortunate than the rest of the group. My line of vision was clear because of my 5 inch heels. The only price I had to pay was my aching feet- the view was priceless.

The eerie sound of birds and the flashing lights on the stage qued the entrance of The Neighbourhood. It was show time. Before they even walked on stage, I was smiling from ear to ear at the experience I was about to have.

As soon as Jesse Rutherford sang the first word of the first song, I knew I made the right decision. From that point on, it was everything I was hoping for and more. The sound of his voice live was just as good as on the albums. As far as the band, they didn’t miss a beat- they paved the way for Jesse’s interactive performance. The way he took over the stage with his lively personality and sang to the crowd with soul had me zoned in, along with the hundreds of fans around me. Everywhere I looked, the fans were singing, swaying their hands in the air, and admiring the atmosphere the band created in Terminal 5 that night.

Just when I thought it couldn’t get any better, Jesse jumped in the crowd and surfed all the way to the back of the room. He surfed back up to the front of the stage and there was space calling my name to bring my friends and I closer to the middle of the stage. We rushed to fill the empty space and we got to stand there for the rest of the concert, as he played every song I’ve ever loved from their albums.

The concert ended and the fans cleared Terminal 5, as my group and I stayed and took a picture together and exchanged numbers to link back up again someday. They offered for us all to go to the diner afterwards, but my ride was arriving shortly. Instead, we parted ways, and I felt thankful that I was able to share this experience with these kind hearted strangers.

I can say without a doubt that everyone in the venue left satisfied- except for the people who were standing behind me possibly.