NYC Weather Is Out Of Control 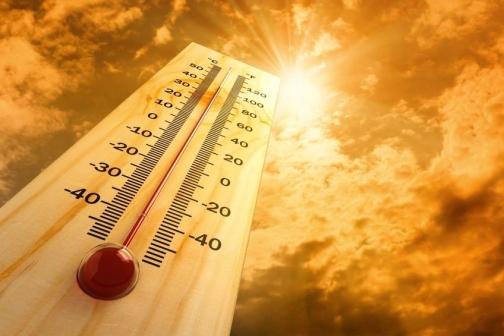 New York City weather has been so unpredictable lately. So much so, I never know what to wear anymore. One day, it’s winter and the next day it’s spring. Despite the mild temperatures, I still packed on the layers because that’s just what I do in the fall/winter. Silly me because I’ve been literally melting because it’s so hot. It just doesn’t make sense. I’m confused by it all.

New York City in December is known to be a winter wonderland with powdery, white snow falling from the sky. But this year was different. Snow has not graced us with its presence for the holiday season and that’s insane. What’s even crazier is I’ve seen people strutting their stuff in shorts and a short sleeve shirt. Huh?

The weather is so extreme for New York that the city has broken records. Over the Dec. 12 weekend, the surprisingly warm temperatures broke a 92-year-old record with the high reaching 66 degrees, according to the AccuWeather. Also, On Christmas Eve, the temperatures reached a whopping 70 degrees.

It’s December and the temperatures are topping the charts. What’s going on? This can’t be real. Yes, there’s the bonus of great weather before winter really kicks in but December in New York isn’t supposed to be warm. As my brain processed the spring like weather, I realized there could only be one solid reason for this: GLOBAL WARMING.

It’s here. It’s real and it’s practically been screaming in our faces but we ignore its presence.

I’ll admit, I was naive to the fact that global warming was a real thing. Often, downplaying the extreme hurricanes, extinction of wild life, and the inconsistent weather throughout the seasons. I figured these things just happen you know? But no, they’re happening due to the Earth becoming warmer and everything becoming imbalanced.

The effects of global warming are serious. While the signs of its power were minimal years prior, now it’s a whole different story. Storms have become stronger and more destructive. Take Hurricane Sandy for instance. The hurricane made landfall in New York on Oct.29, 2012. Former Mayor of New York City, Michael Bloomberg, received early indications on the strength of the storm and decided to shut the city down. Good choice on his part because the storm caused major damages. With the 80 miles per hour winds and rain, Hurricane Sandy killed 117 people, destroyed 200,000 homes, and left eight million people without power, according to livescience.com. For as long as I’ve lived in New York, I’ve never witnessed a storm like Hurricane Sandy. It was terrifying because trees were shaking uncontrollably and winds were destroying rooftops in front of my eyes. New York has experienced crazy weather in the last couple of years and I wish that things would get back to normal.

New York hasn’t been the only state to experience unseasonable temperatures. Sunny California has turned into an ice ball with the temperature dipping as low as 20 degrees in late November. Californians are just as puzzled as New Yorkers as it seemed that we have switched places.  My family members in California tell me how much they hate having to wear so many layers. It’s just as weird for them as it is for me. I’m peeling layers of when I walk outside. While I’m freaking out over the 70 degree weather, some people have no problem with it. One of my friends said, “If this is what global warming is, I don’t have a problem with it.” Of course, I gave her the “Really?” look. She might feel that way now but what if in the summer the temperatures are frigid.  What would she say then?

One of the major downsides to New York being so warm at this time of year is that Christmas doesn’t feel right. Christmas is around the corner and it’s looking to be a mild one. I’ll have to accept that even though I don’t want to.The holiday season doesn’t feel the same when it’s not snowing. I love when it would snow the night before Christmas and I would wake up the next morning and see the streets covered in white. It was calming and pretty to look at. Snow and the holidays just go hand and hand. I don’t know how long these warm temperatures will last but hopefully things will get back on track. My prediction is that winter will be a long one since it got a late start. I’ll be waiting to see what happens with New York City’s weather and my guess is you will too.