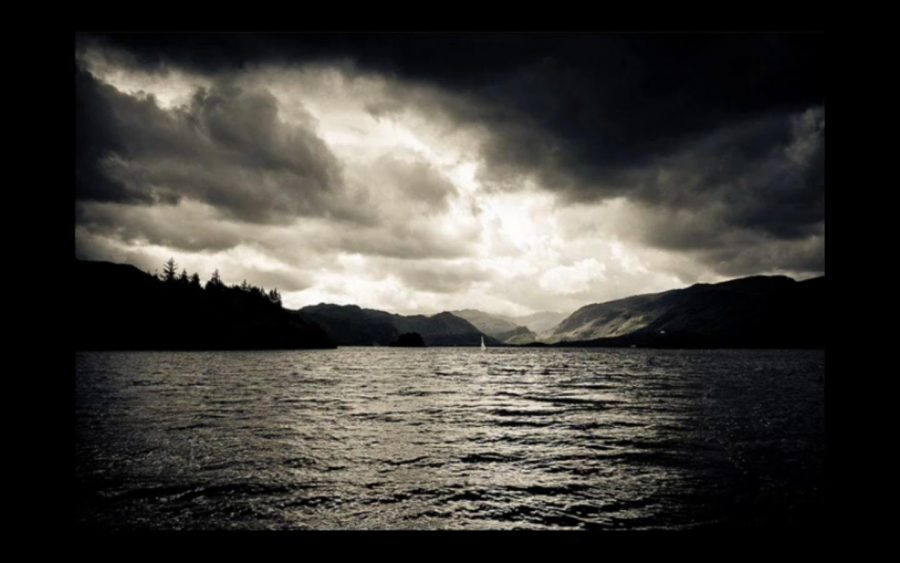 Over the winter break, I spent most nights watching YouTube videos until four in the morning. The suggested videos section is all to blame. I started out by watching one five minute hair tutorial on “How to Get the Perfect Curls” and before I knew it, one video became two, two became three, and three became 10.

The next morning, I would unlock my phone to find I fell asleep mid-video.

Getting my sleeping pattern back on track was important so I tried to go to bed a little earlier. I wasn’t able to fall asleep so I laid in bed, staring at the ceiling.

In hindsight, it’s a blessing that I couldn’t fall asleep right away.

I heard a loud burst.

It sounded like the shower head was turned on to its fullest potential, with water crashing down like a waterfall.

“Who is taking such a powerful shower at 12:30 in the morning?” I thought.

Last time I checked, I was the only one up, so something was clearly wrong here. I tossed my blanket to the side, jumped out my bed, and opened my bedroom door.

The noise intensified. It sounded like a rainstorm was literally happening inside of my house.

It was coming from the bathroom. I opened the door to find the unthinkable.

The major water pipe underneath my sink had burst!

At full force, scorching hot water was coming out. I opened the door to the cabinet underneath the sink. My face was on fire. I felt stifled, immersed in the intense heat. Water was everywhere. There was so much water bursting from the pipe that it was coming out in multiple directions. Most of the water spilled out onto the floor and some poured into the tub. I put my hand underneath the sink to find the knob that would stop the water. I did but I couldn’t turn it off with my bare hands. It was stiff. I tried again, and again, and again.

I ran to my mom’s room, opened the door and tapped her uncontrollably.

“Mom, the bathroom is flooding.” I yelled.

The fire department is located down the block from where I lived so I thought for sure they can get to me in no time.

I called them and went through the whole procedure of giving them my address and telling them what happened.

The dispatcher put me on hold to notify the fire department and somehow the call got disconnected. This was before she confirmed that firefighters were actually on their way. That’s the last thing I needed.

“Hello, hello, hello?” but no answer. I slammed my house phone down and redialed 911. A new dispatcher picked up the call, so I had to give my address all over again.

“Please hurry, the water is getting everywhere,” I begged.

“They’re on their way, miss” she said.

Sure enough, I heard the sirens minutes later. The familiar sound becoming louder as they inched closer towards my front door.

I asked the dispatcher for her name so I could thank her before I hanged up. Instead, she gave me her dispatching number. I figured in training they are told to never give out their name. I said “Thank you,” hanged up the phone, and ran to the door.

I ran outside to greet the firefighters. Crisp, cold air blew my curls all over my face. My hands felt like icicles. The firefighters looked confused as to why I came outside in just my pajamas.

“Good morning, walk straight ahead and make a left,” I said.

They nodded, smiled, and walked in one by one. After the third firefighter passed me, I went in the house behind him. I saw Mom standing in the hallway, holding a bucket in her left hand. Water had reached the hallway despite her efforts in my absence. Still barefoot, I stepped in the puddle of water leading towards the bathroom. It was warm. The sound of the water made me cringe.

One firefighter entered the bathroom. Two others stood outside in the hallway. With all their equipment, all three of them couldn’t fit inside. The firefighter knelt in front of the sink. He stretched his hand below and felt around for the knob. He got it and made one swift turn and the water stopped.

He made it look so easy that I felt like I could have done it.

He told us that the pipe was rusting and burst due to the water pressure building up. We thanked the firefighters for coming and led them out.

The last ten minutes were exhausting. I was relieved to know that the water had stopped.

Now, it was time to check the damages.

The bathroom was a disaster. The water in the tub filled right up to the rim. The water rose to about two and a half inches from off the floor. I had to put on rain boots to walk around.

I dreaded opening the door to my room. I walked in and the water made it underneath my bed. I kept some of my shoes there. My favorite nude flats were soaked. I picked them up and placed them on my window sill. I had two laundry bags next to my bed and the bottom was soaked as well. I should have folded the clothes earlier in the day.

To my surprise, there were no major damages. My electrical outlets and plugs were higher up and water came nowhere near them. Even though my cute shoes were soaked, it wasn’t the end of the world. Mom’s room was the same as mine. Few things were soaked but nothing that we couldn’t buy again.

The biggest headache was mopping up all the water. Water travels fast and is able to get into tiny places. Trying to reach those places made my back and arms hurt. It took a lot of moving and rearranging to dry my entire room. The process took two and a half hours. While I was dealing with my room, Mom tackled the bathroom.

The living room didn’t see a drop of water. I was most concerned about that because behind the TV, all the wires and power strips are on the floor. Water could have easily gotten to it. I was scared a fire would start on top of trying to control a water pipe burst.

It was scary to find water gushing from my bathroom and not having the ability to stop it. If I had fallen into a deep sleep and didn’t hear the noise, who knows how bad things would have been. I learned firsthand how powerful water can be and the possible damage it can cause. I feel lucky because people who had water damage before lost everything. The experience was scary and now, I’ll be checking all water pipes in my house to make sure everything looks how it’s suppose to.