They’re Not All Evil

A Cat Story: From Hate to Love 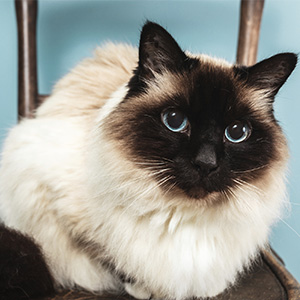 Once upon a time, I hated cats.

I don’t know where my strong dislike towards the four legged animal came from. Maybe it was their long whiskers or beady eyes.

If I saw a cat while walking down the street, I would walk on the edge of the sidewalk. Once I saw a group of cats huddled together and I crossed the street. At all  costs, I tried my best to avoid them.

Cats never seemed as lovable the way dogs are. With dogs, you can rub them, hold them and they would show affection back. Cats are stand offish and don’t want to be bothered.

Growing up, I wanted a Rough Collie dog like the one from the movie “Lassie” or a Golden Retriever. Each represented the perfect family pet in my eyes.

Unfortunately, I never got one *tear*.

What I did get was a black and white cat named Seidy.

Not what I wanted at all.

My younger brother, Andrew has always wanted a cat. I tried to talk him out of wanting one by listing all the responsibilities. He didn’t listen to anything I had to say because he still begged our mom for a cat.

I still added my opinions about cats from the sidelines.

“You’ll have to clean its litter box.”

“Cat hair will be all over you.”

Despite my efforts, Andrew still wanted a cat.

In October 2014, my older brother, Junior (nickname) became sibling of the year. He surprised Andrew with a new born, black and white cat.

I was steaming with anger. My family disregarded my feeling towards not wanting one. I didn’t want hair all over my clothes or it climbing onto my bed. I didn’t want anything to do with cats but I no longer had a choice.

On that faithful day, I pushed my key in the door and heard everyone oohing and awing over the new addition to the family.

They made me sick.

I walked into the living room to find my whole family gathered around the cat. Seidy was wrapped in a baby blue quilted blanket.

“Who are these people and what have they done with my family?” I thought.

Even my mom was rubbing Seidy. She hated cats and definitely never wanted one in her house. Andrew called me over to see Seidy but I didn’t want to. I spent the night as far away from the cat as possible.

The next morning, I woke up and forgot we now had a cat. Seidy was wrapped in his bed and stretching when I walked into the living room. My mom picked him up and started walking towards my way. “Hold him, Shantal.” I ran into the kitchen. “No, I’m fine Mom.”

My mom told me that I should embrace him before he starts to attack me. She jinxed the situation because as he grew older, that’s all he did.

I walked into the house one day and Seidy lunged at me from the kitchen. His claws were out and he scrapped the side of my foot. Instantly I started bleeding. While limping on one foot, I tried to run after him. He slid underneath the couch before I could get him.

This was our routine for a couple weeks: I would walk in the house, he’d jump out and attack me, and I would fail to catch him.

I guess he was tired of attacking me because he slid his paw underneath my bedroom door as a truce.

“Let’s be friends,” he probably thought.

I declined his offer… until one day.

I was sitting on the couch watching “Keeping Up With the Kardashians” (don’t judge me) and Seidy came out from hiding underneath the couch. He looked at me and then jumped up.

We were sitting side by side.

I glanced down at him and he had his paws underneath his mouth.

I thought, “He looks cute.”

I started petting him. His fur felt weird to touch but soft and warm. He didn’t try to bite me or unleash his claws.

I guess it was because since then he hasn’t attacked me when I walk through the door.

Slowly but surely, I began to like Seidy. When I’m sitting on the couch, he will lay down right in front of my feet and rub his face against them. In a million years, I never thought I would like cats and have one in my home. Seidy has been a part of my family for a year and a half now. Pets can be a great addition to the family even though they can be a lot to take care of sometimes. I still would like a dog in the future but having a cat in the meantime is pretty cool too.