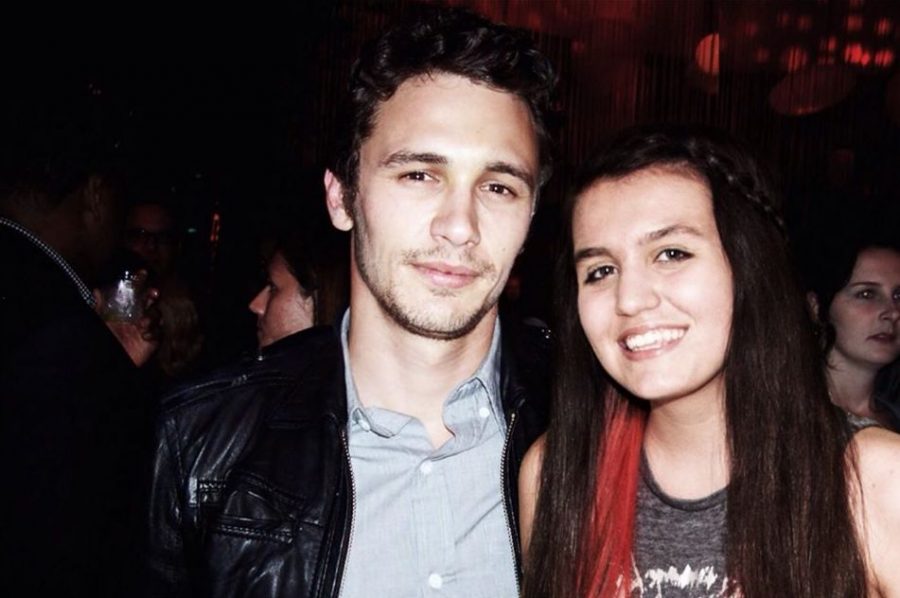 Spring Break of 2014, I decided I wanted to go to California with my grandparents. The purpose of my trip was to relax and to see my family that lives on the West Coast.

I had been out to the West Coast many times before this one but this trip was special because I got to spend a night with my cousin Robby and his girlfriend (well, now ex-girlfriend), Candace. I decided I wanted them to take me to the Hollywood Walk of Fame to see James Franco’s star.

James Franco is a huge actor but around this time he was under fire for messaging young girls around my age on Instagram. This didn’t stop little Alexis from being in love with him, though. He was attractive, a talented actor, and hilarious. He was definitely my favorite celebrity.

Most people would argue with me that his brother, Dave Franco, is the better Franco. While I agree, I also disagree. Yes, Dave is more attractive but James has been a greater actor for a much longer time, and it’s not just because of the age difference. 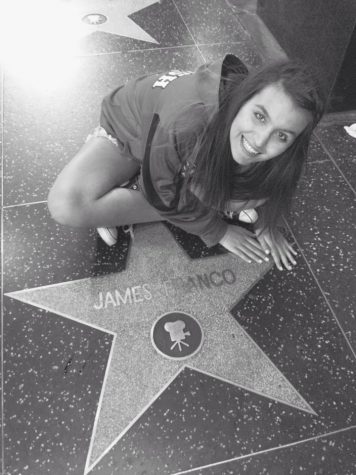 Anyway, I was fifteen-years-old and just wanted to sit next to his star and take a picture with it. Before we found his star, we went into a little shop where my cousins treated me to two souvenir keychains of the pink stars, one saying Alexis the other saying, James. Yes, I know I was obsessed.

We walked on the Hollywood Walk of Fame and finally, we hit his star, the main reason I flew my butt all the way out to California.

People make seeing the stars sound a lot cooler than it is. I sat down next to him and snapped a photo. We took a couple, and they were honestly super funny pictures. As a fifteen-year-old, I was so excited about this, but meeting him would have been even better.

The night went on; we went to Buffalo Wild Wings for dinner and to watch whatever game was on can’t remember if it was Baseball or Football because I was busy eating my fried pickles and drinking a coke. We finished up our dinner and started walking back to the car.

As we were walking back to the car, we passed a fancy restaurant with paparazzi standing outside, trying to catch a photo of someone inside. My curious fifteen-year-old self wanted to know who was inside the restaurant but we were dressed in street clothes, there was no shot we would be allowed in there.

Candace came up with a plan. I had to act like I was sick and that I needed to use the toilet, then we would check it out. Robby decided he would walk to get the car while we did our thing.

Long story short, we made it around the hostess and walked toward the bar area. There was a long table in the dining room and it had tons of people sitting at it. They were people of importance.

At the head of the table was a face that looked very recognizable. I tried to figure out who it was but I couldn’t because someone was blocking the way.

They finally moved, and I saw his face.

It was James Franco.

There was no way that I came all the way to California just to take a picture with James Franco’s star, only for him to be in the same restaurant as me. Candace and I both looked at each other a little freaked out, it was like the universe was working especially in my favor.

It looked like he was at an important dinner and I didn’t want to ruin it. But hey, that’s what happens when you’re a celebrity, people annoy you.

It felt like a lifetime passed on my way over to the table. Everything was moving in slow motion. Candance was right behind me just in case I needed her help to talk because I was star-struck. 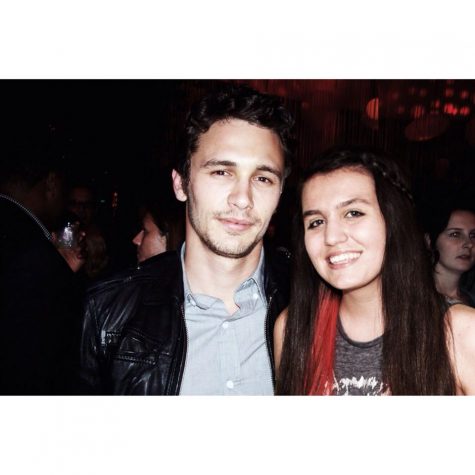 I got over to the table and went up to his chair. I politely said “excuse me” in fear that James Franco was about to yell at me but he turned to me with the biggest smile on his face and he asked me “what’s up?”

I gave him the whole shpeal about how I loved him and I was a huge fan of him and his work. I asked him if we could take a quick picture and I would be on my way.

The funniest thing was, he got up in a heartbeat, gave me a hug, took a picture and said, “Hey thanks for coming over and saying hi.”

I apologized for interrupting and wished everyone a good night. I left the restaurant with a picture of me and James Franco. THE James Franco.

We walked out of the restaurant to find out that our car was towed.

The great day had a shitty ending, but it didn’t even matter because I had completed my life that night.

It was an experience I’ll never forget.