Climate Change Is Real, But So Is Anxiety 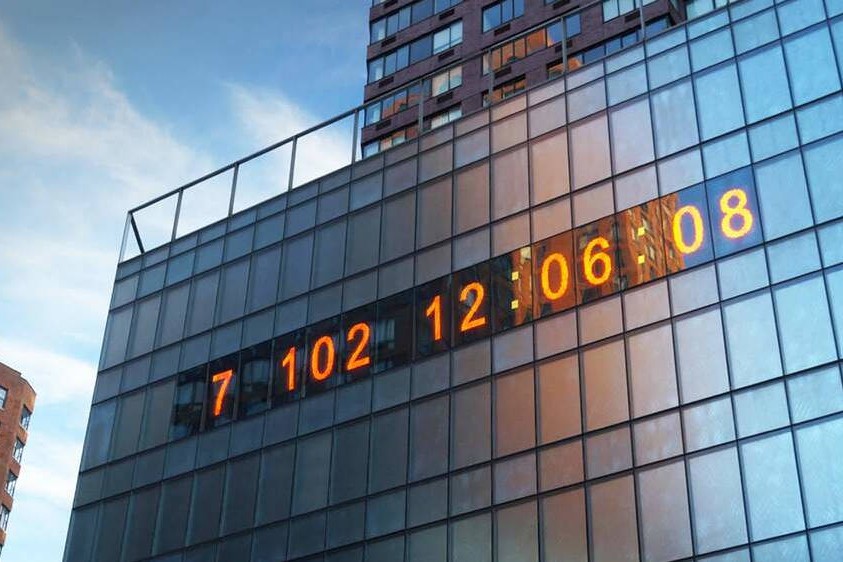 The latest news that the world is nearing its end was revealed this week in clock form on the Metronome facing Union Square in Manhattan. This 62-foot-wide, 15-digit clock displays a live countdown to passersby, of exactly how long until it’s too late to save Earth from climate change.

If you haven’t heard about this yet, you’re in luck. If you have, and your fear of death is anything like mine, I’m sorry.

I’m not necessarily saying that the clock isn’t correct or that it’s wrong, it just probably wasn’t the best idea for artists Gan Golan and Andrew Boyd to do this – especially now.

They don’t understand how people feel walking by that clock every day watching the numbers get closer to zero.

They don’t understand that a lot of people have a fear of dying. I truly feel bad for the people that have to pass the Metronome every single day on their way to work or school.

If it were me, I would take a new route to avoid it at all costs. Even though I don’t live in the city, I’ve had no choice but to see pictures of it plastered across all social media platforms. Friends of mine have been reposting pictures and articles, and it’s been trending on Twitter and all over Facebook.

This clock that once simply told time has shifted its stance entirely.

As someone who has a fear of death, it really made me feel uneasy. Thinking about death and wondering what happens to us after we die has caused me to have more panic attacks than I can count. Where do we go? Do we just become another dead body in a cemetery?

I just have so many questions that I know will likely never be answered.

It’s just crazy that we have all of this technology, enough to make a clock that tells us when the world is going to end, yet we know nothing about the afterlife or what happens to our souls when we die.

As a non-religious person, I don’t really know if I believe in reincarnation or any of those types of things. Yes, I went to Catholic School and was taught about Jesus and God, but I just truly don’t feel a connection to those things.

So where do I fit in?

I’ve lost sleep either trying to figure out the answers or having anxiety attacks over the idea of everything someday going completely dark. I’ve written countless journal entries about this topic, especially when I was away at college. Alexis Lynch will be gone one day, and all I can do is hope that pictures and memories will stay behind to keep my memory alive.

I’ve been very lucky to have a healthy family. I still have both sets of grandparents and both of my parents, and I have never experienced the death of a close relative. The closest I’ve ever been to death was two years ago when my ex-boyfriend Eddy passed away, and only a few days after my childhood cat Miss Kitty left us. During that time in my life, I was distraught.

I had to mentally detach my cat’s soul from her body as I watched the vet put her down. It rained the next day and all I could think was “My cat shouldn’t be outside underground, she should be here with me.”

It took me days to remember that she was gone. I’d go about my daily routine, come in from school or work, and go into the dining room to say hi to her, but she wasn’t there.

The morning before my ex’s funeral, I decided that I couldn’t go. I was too scared to see death so intimately. I couldn’t bring myself to see this person that I once knew and shared amazing memories with, lying dead in front of me. Anxiety struck while I got dressed, and I just knew I couldn’t do it. He was someone who taught me how to love. He was my first love, and now he’s gone. We ended on a bad note and I don’t think I’ll ever be able to forgive myself now that he’s gone.

I was having a tough time for a while trying to pull myself back together after that. When your greatest fear is death, and your questions can’t be answered, how do you ever overcome it? It’s something that I don’t think I’ll ever be able to comprehend.

As if we didn’t already have an endless list of things to fear dying from, we now have Golan and Boyd to thank for one more.