A House That’s Not A Home 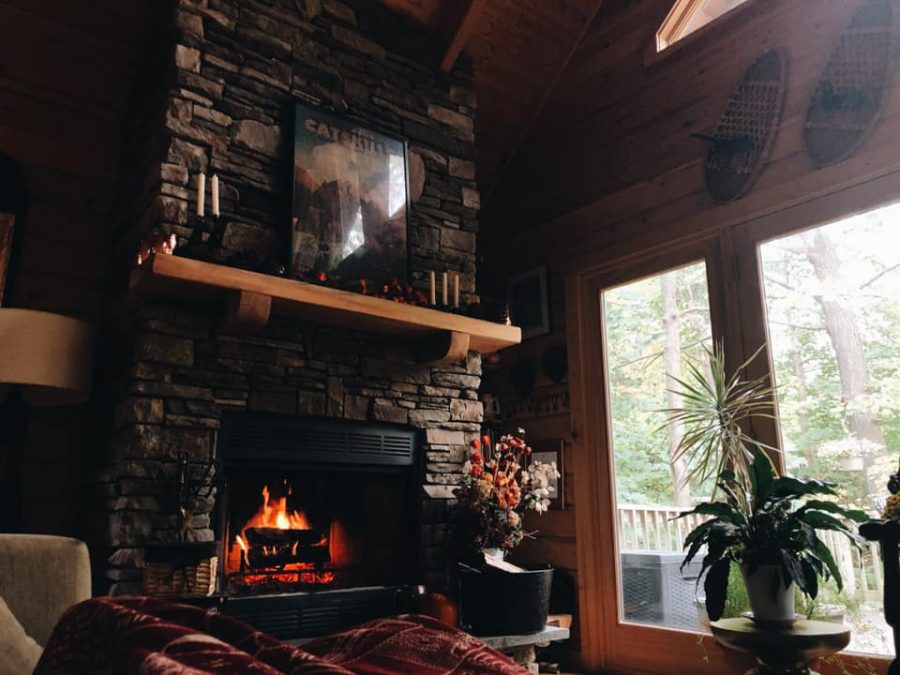 I have never had a place to call my childhood home. Yes, I’ve had houses, but I never had that special place.

When I was younger, I moved a lot. At 2-years-old, I moved from Montrose, due to my parents’ divorce, to Hartsdale. Hartsdale is where I did a lot of my growing, but I did move twice while I was there. I moved from a small apartment with my mom, into a big house. This big house wasn’t just close to school, but it came with my step-family in it. My house was red with three bedrooms, three bathrooms, an office, and everything else that a house usually comes with. I truly loved this house and I wish I never had to move out of it.

My best friend lived in my backyard. I would climb this little rock wall and walk right into her house. It was the best. I had endless birthday parties and sleepovers at this house. In seventh grade, I had to move. My mother and my step-father got a divorce, and at this point, I spent a lot of time with my grandparents. Their house felt like home to me; I felt safe there. The smell of the fire in the fireplace filled the house, my room had all Jonas Brothers posters in it, and it just felt like my one safe place after I moved.

I no longer had my best friend in my backyard or my step-sister upstairs. It just became my mom and me again, new to the town of Dobbs Ferry. Don’t get me wrong – I loved this. My mother is my true best friend. She has been with me since day one and has never left my side no matter how many times I annoyed her or I talked about my dad to her. She has always been my rock and kept me safe at all times, but I just felt different about this move. I had no friends that lived near me that summer. I didn’t move far though. It was already hard to see my friends when I was only 12-years-old. At 12-years-old, you don’t have a car and you constantly have to ask your parents for help getting to and from.

During this time, I would spend a lot of time “upstate,” that’s what we call my grandparents house. My grandpa, who is also known as Poppy, is my best friend in the entire world. I could spend weeks upon weeks with him and never get sick of his funny jokes or fires he makes in the fireplace. He was my one true friend during that time and that house was truly my home.

A year later, my grandparents decided to knock down that house and change it into a house with better appliances and stairs for them since they were getting older. I totally understood why we had to do this, but I was upset. No house could ever replace the one that I grew up living in. The sleepovers I had there on my birthdays, the summer nights, and even the freezing cold nights in the winter – when I needed to use a heated blanket. Though we knew we had to get rid of it, we decided to use a bunch of wood planks from the walls of that house to make ceilings and walls for the new one, so our piece of the original house would still be there.

One day, I was laying down in my new room in the new log cabin-like house and looked up to see something I wrote on my wall when I was younger. It said, “Eddy Carvalho” with a heart around it. That was my first boyfriend who happened to pass away from cancer at a young age. While seeing this memory made me a little embarrassed, I thought of all the good times I had in that house and the good times I once had with him.

After living in Dobbs Ferry for three years, I had to move again. Not only was I being severely bullied, but my step-dad and my mom got back together. I was sort of happy about this situation because I was getting away from the toxic people at my school, but I was sad because I loved living with just my mom and no one else.

Skipping through my move, I moved from Dobbs to Rye Brook. Here, I met some of my closest friends that I still have to this day, and I was really happy with my life, but once again, another move abruptly changed my life. My family decided to move into a house after our small apartment in Rye Brook. We now live in North Salem, and sure, this place is my home, but nothing will compare to my grandparents’ house. We speak about that house a lot and we always talk about how the new house doesn’t feel like the old, but it makes sense for my grandparents and that’s all that matters to me.