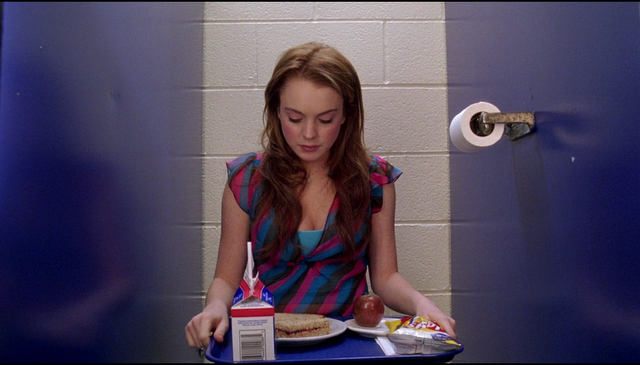 Ever since eighth grade, at every single school I went to, I was known as “The New Girl.” Now, while I didn’t hate the idea of being a new girl, it slowly became old as I moved over and over again.

Being the new girl, everyone stares at you and tries to figure out who you are. I mean, I can’t lie, whenever there was a new kid at school, I would stare too and try to figure things out about them, but as I turned into that person, I realized how awkward it feels.

The first time being a new girl, I was excited but also extremely nervous. I knew not a single soul at my school and looked around my classrooms to try and catch eyes with someone in an attempt to make a new friend. I just needed that sense of comfort. I needed that one person who could help me if I got lost or confused. People did come up to me and I did end up making friends, but it took a lot for me to get out of my comfort zone.

Walking around in a big new school with no one to lean on is hard and it definitely changed me. I became more outspoken than I was before and I guess I can now say that it was a good thing. I didn’t end being a new girl here, though, and I wish I did.

In my junior year of high school, I moved once again after my step-dad and mom got back together. I started a new school in what felt like a split second and had to join yet another new group of people after finally getting comfortable again at the other school. The jitters I got while pulling up to school on the first day will forever be unforgettable.

I walked to my locker and a group of boys was surrounding it and they were all hugging each other and talking about their summers. I stood there and didn’t know what to do. I froze up and ran straight into the guidance office where the only person I knew was my guidance counselor. I watched people side-eye me as they walked in and out of the office. I sat in a chair just wondering what I was doing and what would come of the day.

Keep this in mind – everyone there went to school together since Kindergarten. It felt like some kind of sick joke putting me into a new school this late in my life. Everyone had their friend groups and I was the outcast. What was I supposed to do, be like: “Hey, please accept me”?

This school was more uptight than the last one. Kids were judging me and no one wanted to help me. I had to reach out for help and I eventually got it from someone. I will never forget her, as we had two classes together and she made me feel comfortable. She sat with me in my classes until lunch. We had different lunch periods so I felt like I was really going to look like a loser, sitting alone in the corner of the lunchroom just playing on my phone trying to hide with my headphones in.

I mean, I eventually made friends, but it took a lot of time to get used to being the new girl. I even had a guy friend who would call me “new girl,” and I know he didn’t mean any harm by it, but it did make me extremely upset at the time. I felt like no one could even remember my name.

The funniest thing about this whole story is that when you go to college, everyone is a new girl or guy. You go into new classes and no one knows anyone. You have to do it all by yourself again just like your first day of kindergarten or high school. It’s a whole new ballpark, but no one calls you “new girl.” You simply just fit in without even trying.