The Rangers make going to Madison Square Garden worth while. 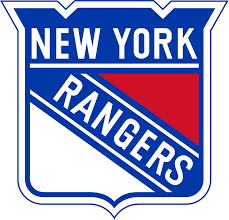 It was March 2019 and I had just witnessed the Knicks get completely embarrassed, yet again. While walking out of MSG, I remember saying to myself,  “Next time I go to the Garden it’s going to be for a hockey game.” I said it without actually knowing if it was going to happen.

Fast forward about ten months later, and sure enough, it happened. I got an invite from one of my closest friends, Eric, asking me if I was down to go to a Rangers game at the Garden. Without hesitation I said, “Hell yes!” 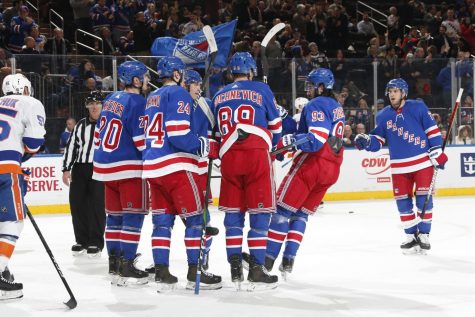 ays center by train, I had never been to a hockey game before that.

Hockey isn’t a sport that I follow very closely, but I do tend to tune in during the playoffs and I am trying to pay more attention to it during the course of the regular season.

The game I went to featured the Rangers against one of their biggest rivals, the Devils. As I said before, I don’t follow hockey too closely but I did know that the Rangers are the team that can compete for the final playoff spot, while the Devils are in complete rebuild mode and have one of the worst teams in the league.

Much like baseball, hockey is a sport where you just don’t know what kind of game you’re going to get. It could be offensive shootout or a defensive battle. Both are exciting in their own right, but as someone who likes seeing a lot of offense, this was the right game to go to for my first time.

We got to the Garden about an hour before the puck drop to see the players take the ice for the pregame skate. I was rather surprised with the amount of Devils fans that were in attendance, but it definitely made for a better atmosphere.

The Rangers put on 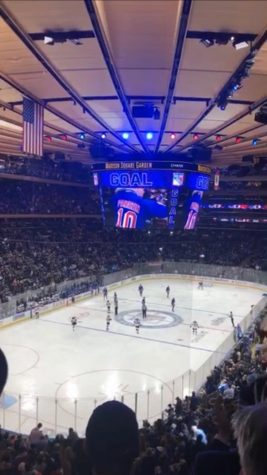 an offensive clinic. Less than five minutes into the game, the Rangers got on the board and the crowd went nuts. Everyone started chanting the “Slapshot” (aka “The Rangers Goal Song).

In total, the Rangers scored three goals in the first period and the Devils scored two of their own. Considering that could have easily been the final score, I was feeling pretty lucky to be at a game with that much action in just the first period.

With the ebbs and flows of a game, I figured that the offense would cool down a bit and that the action would slow, but that didn’t happen. The Rangers added another two goals in the second period and were absolutely dominating. Never did I expect to hear the “Slapshot” this many times in the game, even though the Devils were in the game, it never really felt like it. At the end of the game, the Rangers won 6-3 and Tony DeAngelo recorded his first career hat trick.

Going to a hockey game was definitely something that was on my bucket list and to have seen so many goals scored made my first game that much more exciting. I even ran into my buddy, Dan, at the game, who was rooting for the Devils, unfortunately.

It was nice to go to the Garden for once and actually see a competitive team that has put together a plan for future championships. Maybe the Knicks can learn a thing or two from the Rangers about how to have a quick rebuild.

If you’ve never been to a hockey game before, it’s something that I highly recommend doing. Whatever you do, just don’t leave your seat until there’s a whistle.

Hopefully I’ll be able to go to one or two more Ranger games before the season is over, but I still would like to get to the Coliseum for an Islanders game as well, while I still have the chance.