Two First Round Series That Absolutely Have to Happen 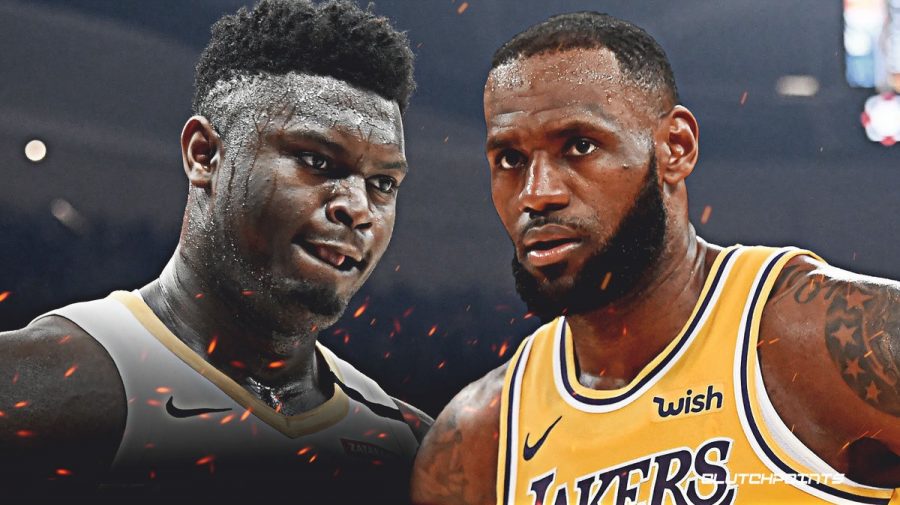 The NBA Playoffs are only six weeks away. This year, there is more parody in the league than there has been in arguably the last five years, as the Warrior’s dynasty has been put on hold.

I believe that Eastern Conference has three legit contenders to get to the finals and win it all with the Milwaukee Bucks leading the way, followed by the defending champion, Toronto Raptors, and the Boston Celtics.

In the Western Conference, there are four teams that I think are contenders for the title this year with the Los Angeles Lakers and Los Angeles Clippers at the top of the list, and the Houston Rockets and Denver Nuggets not far behind.

In the playoffs, the first round doesn’t typically bring that much intrigue or drama unless someone pulls off an upset or a series goes seven games. But this year, there are two potential first-round series that could arguably be the most highly anticipated match-ups we’ve ever seen in the opening round.

Both of these series reside in the Western Conference with the one potential series being the No. 4 seeded Houston Rockets facing the Oklahoma City Thunder who are only a half-game out of the No. 5 seed. 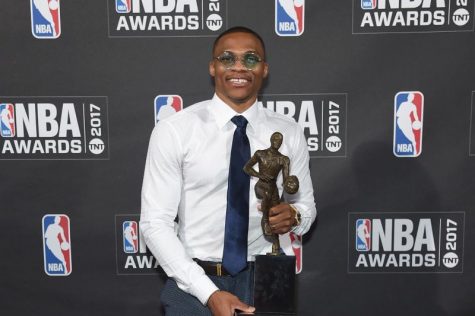 This series would bring a lot of juice to it because of the obvious factor that the Rockets point guard, Russell Westbrook, would be going up against the team that he spent the first 11 years of his career playing for before being traded last summer. Westbrook was a beloved figure in Oklahoma City for both his outstanding play on the court and his work in the community. He won the MVP award while playing for the Thunder in 2017 in what was a historic season that saw him average a triple-double. He went on to do it again for the next two seasons, becoming the only player to average a triple-double three straight seasons. Westbrook was also the one constant in Oklahoma City, despite having every reason to want to leave after the departure of Kevin Durant in 2016. 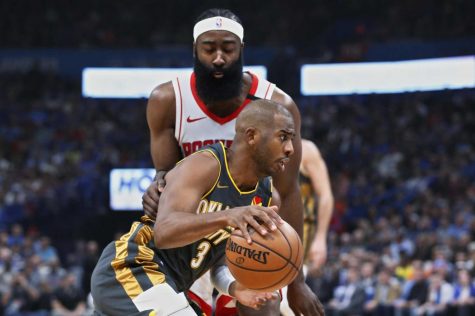 Not only does Westbrook playing his former team bring excitement, but also the fact that Chris Paul, the player who the Thunder traded Westbrook for, would be facing his former team. Although Paul only played with the Rockets for two years, it’s still a headliner for this potential series because of the fact that he would be facing James Harden, who apparently wanted him out of Houston in exchange for Westbrook. I’m sure Paul would love nothing more than to stick it to his former teammate and oust him in the first round, especially after most people thought he wouldn’t even be able to take the Thunder to the playoffs.

One other storyline (albeit an old one) is that Harden spent the first three years of his career with the Thunder before being traded to the Rockets in the summer of 2012. Harden won the Sixth Man Award with the Thunder and everyone always wonders how good they could have been if they never traded him away, as he became a superstar when he got to Houston.

If the Rockets hold on to the fourth spot and Thunder can inch their way into the fifth spot, then get your popcorn ready for what would be an epic first-round match up.

The other potential first-round series that I’m sure everyone hopes comes to fruition is the No. 1 seeded Los Angeles Lakers facing the surging New Orleans Pelicans who are just 2.5 games out of the No. 8 seed. Now, I know a lot of people typically aren’t interested in the first round of the playoffs, let alone the matchup between the first seed and the eighth seed, but this would absolutely be must-see TV if it does in fact happen.

Where do I even begin with the amount of storylines in this series?

First, you would have LeBron James who is the best player of this generation leading the Lakers against rookie sensation, Zion Williamson, who was the most hyped up player to come into the league since James back in 2003. 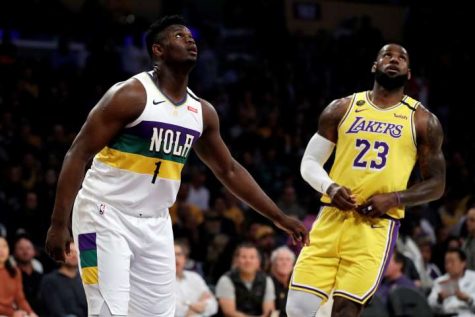 Williamson has only played in a little more than 10 games this season and has already had a huge impact on the court. He recently just broke the record for the most consecutive games with at least 20 points as a teenager with 10. In the first dual between Williamson and James, they both put on a show. Williamson had 29 points, six rebounds, and three assists, while James posted a 40 point game with eight rebounds and six assists. 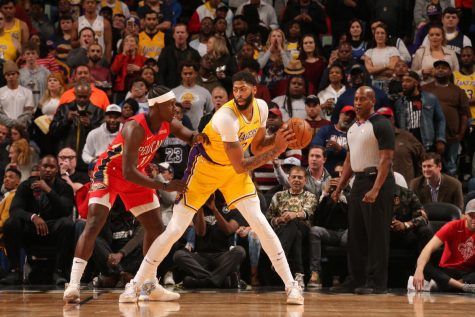 In addition to the Zion and LeBron factor, you would have Anthony Davis going up against his old team, the Pelicans, who he played seven seasons with. His time in New Orleans didn’t end well because he wanted to be traded after only making the playoffs twice in the seven years he was there. He ultimately ended last season not playing in the majority of their games as he distanced himself from his teammates and even got booed by his own home fans. After getting traded to the Lakers last summer, he has shown once again that he is one of the best players in the league when he’s healthy. In his first game back in New Orleans, he got booed every time he touched the ball and I would expect more of the same if they were to play in the playoffs. The boos didn’t seem to matter in their first matchup, as Davis went nuts and dropped 41 points in a four-point victory.

The last major headline is that all of the young players that the Lakers traded to acquire Davis would be facing their former team as well. There’s no doubt that Brandon Ingram, Lonzo Ball, and Josh Hart have something to prove to their old organization. After three years in Los Angeles, Ingram is having the best season of his young career. He made the all-star team this year and is the front runner for the Most Improved Player Award. Ball is finally healthy, and with a much-improved jump shot, he’s showing signs of why he was the second overall pick in 2017. Hart is a guy who can be a three-point sniper off the bench and is averaging a career-high 10 points and an impressive six rebounds for a guard.

Now for all we know, this series could end in a four-game sweep. Even if that did happen, it doesn’t take away from the numerous storylines and the fact that the Pelicans could be competitive in every game.

As the standings are currently constructed, the Memphis Grizzlies are sitting in the final spot with rookie, JA Morant, leading them. Although it would be a great story for him and the Grizzlies to make the playoffs, I think it’s safe to say that everyone outside of Memphis wants Zion and the Pelicans to squeeze into that final playoff spot.

If these two playoff series do in fact happen, this would be great for the NBA and its fans, as the opening round of the playoffs would garner more attention than its ever gotten before.