Prices all over the world can vary and fluctuate all of the time but one thing will always stay the same; the price of Abercrombie and Fitch pants. It’s hard to find a place in the world where it is the best place to buy designer products and it varies all around the world with a number of variables and exceptions. Coming from Europe and Britain in particular I have found that moving to America has been invaluable, exchanging money and works out much better in my favour and for that – Thank You.

I have heard anecdotes and fairytales of when friends have visited and the exchange rate was over $2 to £1 and I can only dream of the things I would’ve bought and more than likely sold on for profit.

Currently the rate is 1.6 and when I go shopping with Americans they are initially shocked at the fact that I find that everything is exceptionally cheap and even more shocked when I spend all my money on just a few items in Abercrombie and Fitch, Hollister and Ralph Lauren.

Incredibly after a few hours of research online and in stores I found that on average I would save myself up to 40% on the three aforementioned brands if I purchased them in New York rather than London, the peculiar thing is that it’s almost impossible to get a definitive answer on why everything is so much cheaper in the United States without diving into the history of social economics. The only citied reasons that were available online were tax, tariff and exchange rates. Assuming that the pound stays strong at least until I fly home to the UK, I should be able to pick up a great deal more for my money than I would back home in my little Welsh city.

Many people from the UK will flock to the United States as soon as the pound becomes stronger thus making the prices in America cheaper for us to purchase, however what many people don’t realize it that there is a large sum of tax to be paid upon your return to the United Kingdom if you have over a certain amount of American goods. At present UK shoppers can bring back £390 worth of goods without paying taxes under duty free tax limits. If you bring in any single item worth more than your allowance, you must pay duty and tax on the full item value, not just the value above the allowance.

In all instances Customs Duty is waived if the amount of the duty payable is less than £9. For other goods brought into the UK by travelers, duty only applies on goods above £270 or £390 (whichever is appropriate) in value. Over this allowance and up to £630 there is a duty flat rate of 2.5 per cent. For any item over £630 the rate depends on the type of goods.

The exchange rate itself is worked out on current economic climate. The vast majority of currencies in the world are based around the US Dollar and their values are adjusted according to a number of variables. The dominant markets determine a floating exchange rate. In other words, a currency is worth whatever buyers are willing to pay for it. This is determined by supply and demand, which is in turn driven by foreign investment, import/export ratios, inflation, and a host of other economic factors. 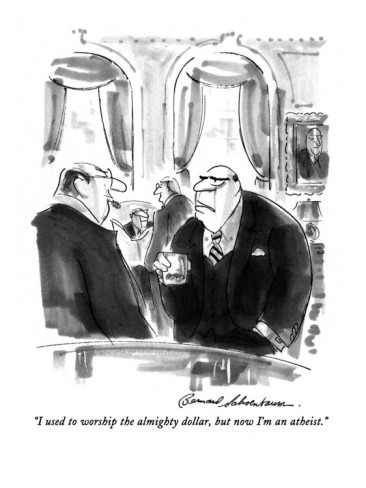 For Americans, unfortunately for you the exchange isn’t so good at the moment. The US Dollar has weakened against the Pound as fears grow that the United States could default on its debts and tip the world into recession.

Congress remains locked in a stalemate with neither President Barack Obama or the Republicans prepared to back down over issues with the country’s budget. Negotiations between the White House and Congress broke down over the weekend after President Obama rejected proposals for a short-term increase to the debt ceiling.

He refused the offer and said that  “kicking the issue further down the road will not help Americans or the world” If a deal to raise the government borrowing limit is not made ahead of Thursday’s deadline, the U.S. will face an unprecedented sovereign debt default and will be the first Western nation to default since Nazi Germany in 1933.

The moral of this story? Buy your Abercrombie Jeans tomorrow before inflation kicks in and they cost $1,000,000.