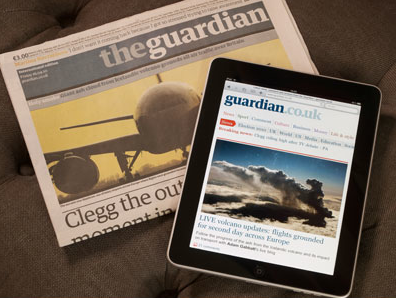 It’s the topic that everyone in print based media has been worried about for the last 20 years, are people still interested in going out to a store and buying a newspaper or magazine? It’s hard to say why sales have dropped for print media, is it the industry that is failing to supply good enough content to keep the reader happy or is it merely the fact that the lazy consumer would rather read it online or on a tablet?

Different things are always going to appeal to different people and their needs. People who like to use technology and enjoy discovering new things are obviously going to be attracted to the new style of media which are tablet edition magazines and newspapers. The ease of these products adds to the mass appeal of them, they are just there, downloaded automatically ready for you to read in the morning without a care in the world. Everything in modern society has to be quick, we live in a fast food nation where speed is king and we are all convinced that we need all the information we get as fast as we can get it. 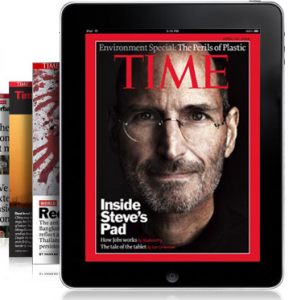 With the introduction of mobile media and online articles we have the entire newsstand in our pocket so why are people still even going down to the corner store to buy their paper in the morning? People are definitely still buying magazines so why are people already penning the obituaries for print media? Over the past year alone the U.S. magazine adult audience (for print and digital editions combined) increased nearly 3 percent to 1.2 billion. Titles that saw the most readership growth included Diabetes Forecast (up nearly 50 percent), Yoga Journal (36.6 percent), Psychology Today (36 percent), Veranda (33.2 percent) and Food Network Magazine (28.6 percent).

The ‘Zine on Screens’ report, gathering information from 2000 consumers nationwide, found that one in 20 Brits have purchased digital magazines this year, with this increasing to one in ten among the younger generation, primarily 18-24 year olds. Teenagers are constantly connected and their iPhones are now not just a commodity, they are an extension of our own personality, we spend more time with our iPhones than the people we love and companies are obviously going to target this audience of young people who have a disposable income. They are the most likely to share and talk about what they are reading but also advertising to this generation is the most profitable because we all want to buy things with the money we don’t have. The paradox however is that the advertising money is like an intravenous drip keeping the print media alive because even if someone doesn’t buy a magazine or newspaper they are still likely to see one lying around on someone’s desk, at a coffee shop, or even in the dentist which means they then become a third party audience for the advertisers, something you don’t get with digital media. 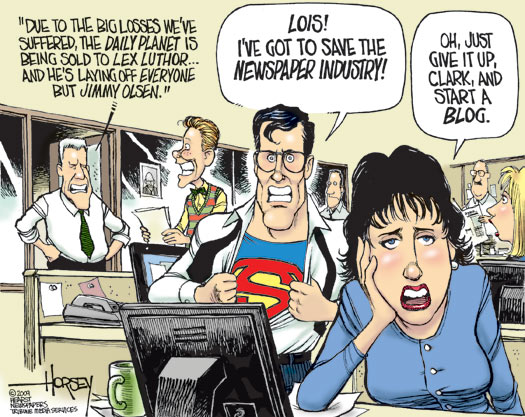 Mobile is the future, mobile advertising along with mobile usage is at an all time high and billions of apps are being downloaded every week. Mobile media has now extended the news day, before the  internet people got their news from the newspaper which just extended what the reader heard on the 6 o’clock news the night before. But now news is a constant feed being pumped around the world, the process of breaking a story now normally starts on Twitter and then within the hour makes it to the national news and then the apps send out notifications to mobile devices. We are stuck in an infinite loop and now we crave the latest information and we have to have it at our fingertips, I’m sure you’ve all had someone say to you “did you hear about ‘insert washed up celebrity here’ ” and then angrily looked at your phone and say no… This is where society is heading, getting angry with inanimate objects. It’s changing our lives, but is it all for the better?

Mobile media has changed everyone’s routine, when I’m in bed before I go to sleep I check at least three different apps to get all the news from the day and just see what’s going on in the world around me. Then when I wake up I do exactly the same to see what has happened overnight and check which celebrity overdosed last night whilst I was fast asleep. Advertising companies know that this is now happening so they can now target specific audiences whilst they are in bed… You’ve probably been sat in bed looking at the latest sports scores from a country you’ve never even heard of and then you get an ad pop up about new mattresses with lumbar support, coincidence, I think not. 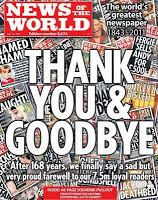 In my opinion print media will never die, it will always be a part of our culture because we all love tradition, but it’s not just the fact that we enjoy the concept of traditional ideas and beliefs it’s the actual feeling of having something in your hand that you’ve just bought and sitting down and just reading it. It’s simple pleasures like this that we can’t get from technology, yes you can sit down with your iPad and just read a newspaper on there but the quality products can’t be replicated digitally. People still wear watches even though 99% of people have a phone that has the time on it, even the fact that people still use analogue watches rather digital emphasises the importance of tradition. So go outside, buy a magazine and just sit, read and enjoy.