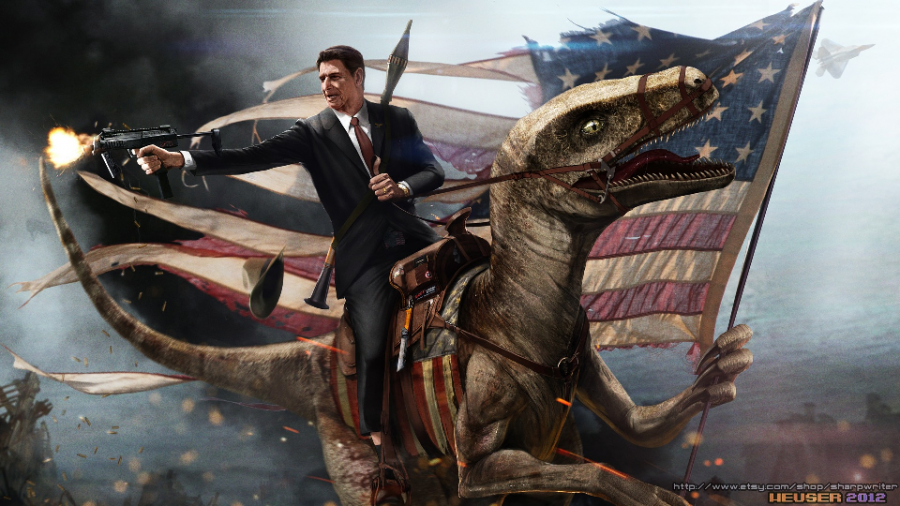 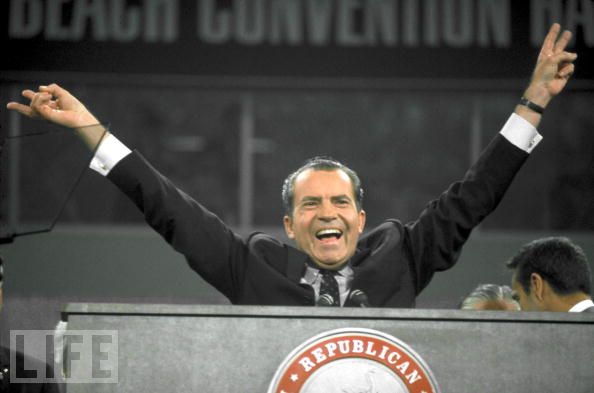 America, it’s been fun, but I think it’s time to see other people.

Now I’m going to be completely honest with you, like you’ve always wanted me to be.

Now we’ve had our good times, but we’ve also had our bad times and I know that i’ll always remember all of the good memories that I’ve made with you and all the people around me.
When I first set my eyes on you in August, you were so hot. The heat made me sweat with anticipation of what was going to come and I can safely say that I wasn’t disappointed. 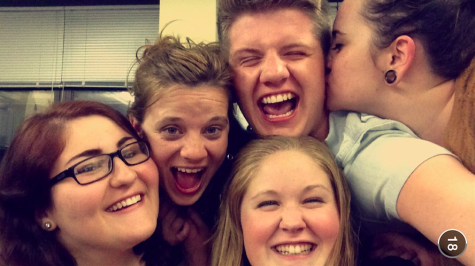 This note will be the last memory you’ll have for a long time, I am done with you because I decided to be with your best friend, and her loyal Queen. Don’t let it get you all upset inside, It wasn’t completely your fault, no doubt about it. Other people just seemed to get in the way of our blossoming relationship, certain ‘kids’ that studied business were total imbeciles who I wouldn’t trust with a $20 bill, the people in a small hallway in the southwest of the building made it impossible to enjoy myself and girl that just can’t dance was really just the icing on the cake. 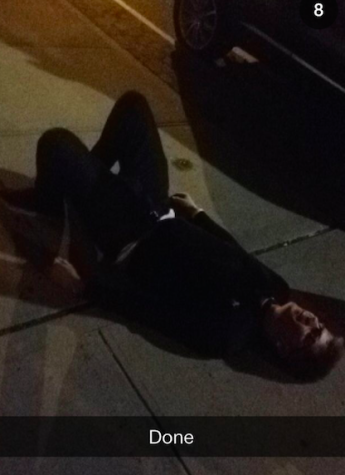 You’d be much better off finding a person that can deal with all of the annoying questions and stupid comments that so many people have made over the year and although I’ve enjoyed talking to so many interesting and intelligent people, I am also completely done with the amount of “white girls’ saying “Oh my god, I wish I had an accent!”

When we first started seeing each other, I thought everything was going really well. We had a lot in common and shared many of the same interests. But lately, since I’ve gotten more involved with different kinds of people I’ve realised how incompatible we are. What do you want me to say? I don’t think that there is much you could say to change my mind because I’m set on what I want. I miss the hot cups of tea on a summer day, I miss the strawberries and cream and I really miss the drinking in the glorious British sunshine. 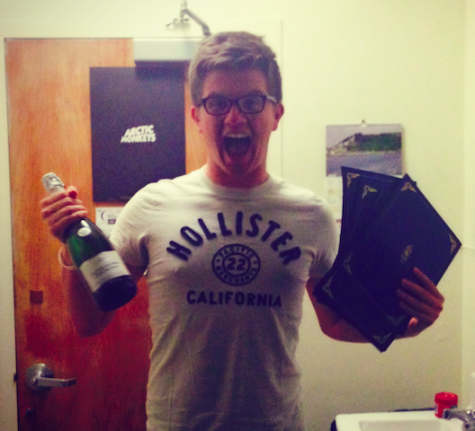 I know that you feel differently about all of this than I do and I know that you keep giving me things to keep me to stay, but no matter how many Quill Awards and free beers you give me, somewhere else can offer me more.

One of my favourite things to do with you was work for the most entertaining newspaper I’ve ever seen. Every meeting I would leave with a smile on my face and if it weren’t for a few delusional people, who I know would never consider reading something longer than 500 words, then it would’ve been perfect. Obviously every good thing must come to an end and although I won’t be with you in spirit, I will still be a part of this newspaper and I will still make you all look bad, even from across the world.

Now we all know you are famous for your food, but when I came her to live, I got something completely unexpected. 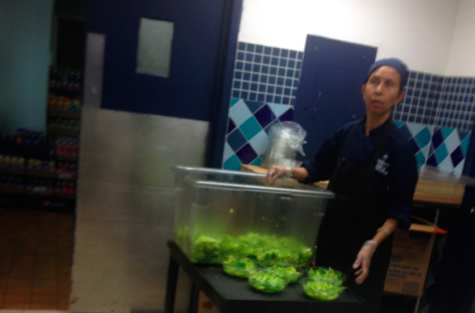 Here’s a little history lesson for you, in the late 18th and 19th century, the British prisons were starting to full rather rapidly and instead of building new prisons we decided to just ship them all to the newly discovered Australia and just let them do their own things there. I’m pretty sure this is the case for Mercy. Did someone in a higher position get a call from local prison asking if they could keep a few convicts for them? Obviously the Mercy people jumped at the opportunity for some cheap labour and thus the cafeteria staff became a branch of released Sing Sing convicts. Delightful. 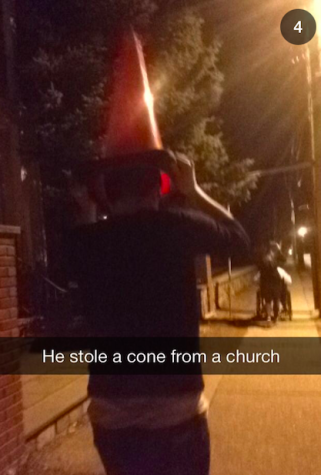 Now, although I’m European I’m no style guru, but your fashion sense is enough to make people sick to their stomach. I think 95% of you would definitely choose comfort over style and almost everyone lives by this rules 24/7. One of the biggest issues I had were the guys who wore baggy basketball shorts, white socks pulled all the way up and sandals. Apparently it’s just easy to slip on the sandals but really? Do you not take any pride in how you present yourself to the world? I think you need to take a step back and just look at yourself how the rest of the us
see you, you should be shocked. Everything about the fashion is just ‘saggy’ the trousers, the shorts, the tshirts and oh, the fisherman hats. None of that looks at all flattering and although I’m sure many of the guys don’t care, but honestly? You look like someone who just had a gastric bypass and still wears the clothes he had before he lost 200lb.

The final nail in the coffin for me and our relationship was the sheer denseness of far too many people. Every week without fail I would just have to bit my lip at least 100 times just to stop myself from saying something to these people. Let me just give you an example of some of the things I heard, and I’m sure you’ll understand where I’m coming from… Unless you are one of the people that said these things.

Someone is giving a presentation and their title was “MTV is the farther of all music television” — SJN (@SJNeve) April 29, 2014 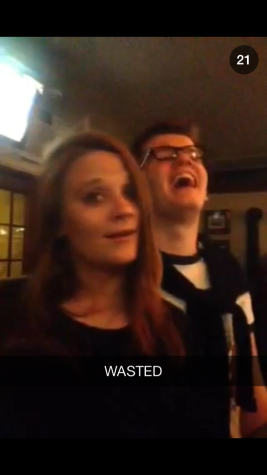 I would have to endure something along these things every weekend, and frankly I’ve had enough. I know that I’m not the smartest person in the world, but I was definitely the smartest person in our relationship and it was too much to handle. Not everyone that I met was as stupid as I’m making out, but even some of the smartest people that I know in this country have slipped up and their true inner American idiot came out to play.

Don’t get me wrong, I’ve had a great time and we had a great run, but it’s time for me to go.
I will miss you and the crazy things that we got up to, far too intense for me to write about, but you know what went down on all those filthy Friday evenings.

I’ve gained far too much weight.
My liver is just as bad as it was before I met you.
I’ve gained a few scars and bruises.
I’ve made some crazy memories that no matter how hard I try, I will never forget.

And I loved every fucking minute of it. 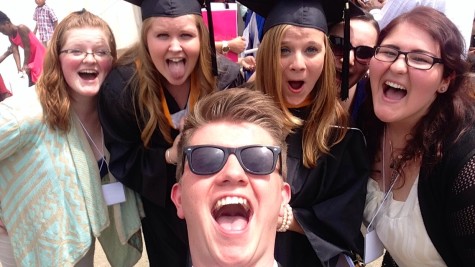