As a girl, there are ages that society puts emphasis on. 13: it is your first year of being a teenager. 16: the year that you ‘become a woman’. 18: the year when you become ‘officially legal’. For the next three years, there are still things that are considered illegal and most people can’t wait until they turn 21.

For guys, it is a little different. 18 and 21 are the biggest ages. 18 because they become legal adults, and 21 because they think they can go out and do whatever they want now. Is being 21 all it’s cracked up to be?

Expectations for the days after you turn 21 are pretty high, but reality afterwards isn’t all that much fun, or so I’ve heard.

Reality: You have to sit in numerous three hour lectures, which happen to be the classes you have that don’t  have any of your friends. You have tests to study for and papers to write, and even have to go to work. Just because you turn 21 doesn’t mean you get a week off. 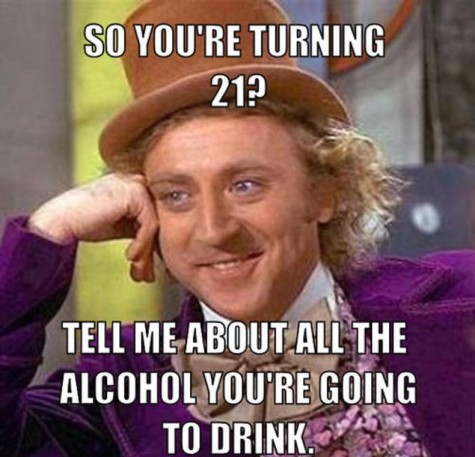 Expectation: You will get numerous checks or cash in the mail from all of your relatives.

Reality: You get a couple birthday cards, most of them probably late, with encouraging quotes in them. There may be ten dollars in the few cards you get but that may be it.

Expectation: Endless amounts of shots with your closest friends.

Reality: Most of your friends bail out. They have other plans, they have to work, or if your birthday is earlier in the year, not all of them are legal to drink yet!

Reality: You go to the DMV looking better than your previous photo, sit at the DMV for hours and when it is finally your turn to go up to the booth, the DMV employee counts down but snaps the picture before they get to the end of the countdown. Turns out the new picture you were so excited for is just as bad as or even worse than your old one.

Expectation: You can finally stop worrying about getting caught drinking when you aren’t supposed to because you are underage.

Reality: Underage drinking? What is that? You were really never worried about that to begin with because you had a fake ID or you had people who were of age to buy alcohol for you. 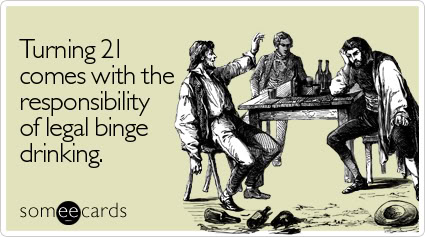 Expectation: You will throw a huge party and make so many crazy memories.

Reality: You end up sitting around with a couple friends drinking in your room and end up taking twelve drunk selfies.

Expectation: Drinking so much that the taste of the cheapest liquor you can get doesn’t bother you. You can drink the entire bottle by the end of the night and not even care anymore how it tastes.

Expectation: You will feel so relieved the day after knowing that you things legally.

Reality: You feel like crap because now you are constantly drinking, just because you can.

Expectation: You remember the night of your birthday as the best night ever.

Reality: Your friends tell you that it was the best night ever. You can’t really remember much, and considering now you feel like crap, you may be saying that you are never going to drink again but let’s be honest, what are the odds in that?

Expectation: Vegas! What is better than going somewhere where you can drink and gamble in one place.

Reality: College. It is expensive. Unless you get a huge refund check (which you shouldn’t spend anyway) no one really has the money to jump on a plane and go to Vegas for a week or even a few days. 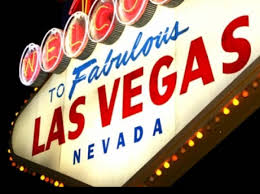 I turn 21 on Wednesday, and I don’t know what to believe. To be completely honest, I don’t drink much now but I don’t think I’ll wake up on Wednesday and chug a bottle of alcohol. Some of these realities makes turning 21 sound scary but fun at the same time. Hopefully I don’t wake up Thursday not remembering Wednesday. Hopefully I don’t spend my entire refund check to go to Vegas. Sleep all day, party all night? I know I don’t have time for that. My new photo for my driver’s license better be better than my old one, I look 14 in that picture. I am pretty sure I don’t look 14 anymore.

Here’s to another year where it’s just another day. Here’s to not facing any of these reality checks.