Sometimes You Have To Be a Ted Mosby 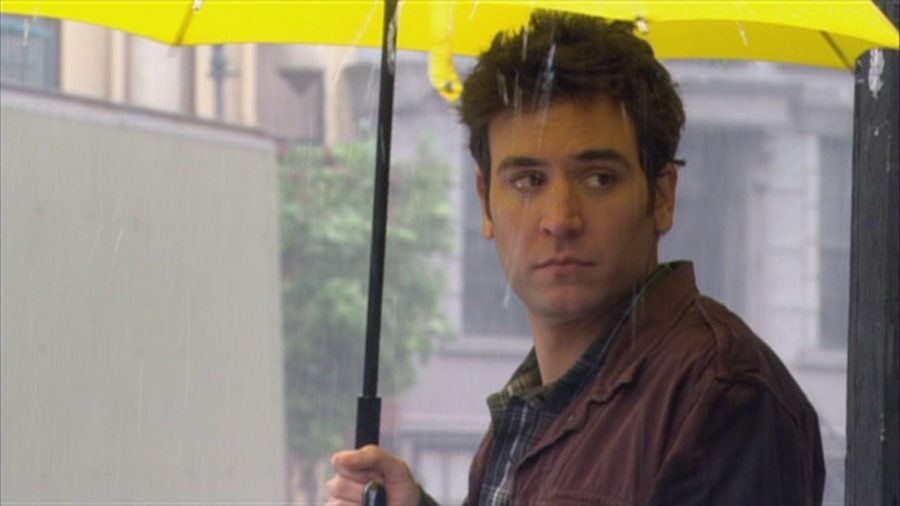 “Kids, I am going to tell you an incredible story. The story of…” Not how I met your mother, but just a story. One where I may or may not spill my heart out, but sometimes you just have to be honest.

Not everyone has seen How I Met Your Mother, and I think if you haven’t, it would be the next best thing for you to binge watch. If you haven’t seen it I guess I should tell you who Ted Mosby is. If you have, you’ll know exactly what I am talking about, and I would like to congratulate you on becoming one of my favorite people.

Ted Mosby. Architect, eventual college professor, and someone who was obsessed with finding “The One”, after his two best friends, Marshall and Lily, get engaged.

Ted was involved with numerous girls, always trying to find “The One” and almost gave up looking in New York, until he found her. I won’t tell you all of the details, I wouldn’t want to ruin it for anyone who hasn’t seen the show yet.  So enough about Ted’s personal life, just know that he was obsessed with finding “The One”.

In a way, I am like Ted. I’m not so much obsessed with finding “The One”, just looking forward to finding someone, if it turns out to be “The One” so be it, but I am still young, I don’t have to find “The One” right now. I’m about to tell you so much about me that I never thought I would tell anyone. Not like this anyway.

Love is a weird thing. Actually I don’t even know if I can say that, because I don’t know if I know what it is, but the feelings you can get for someone are actually pretty trippy. I can say the last 3 out of 5 guys I have had feelings for made me feel some type of way, that I never thought I could feel. I’m not going to mention names, so I’ll just give them numbers. In order of which I had feelings for them, they are 1, 2 and 3.

1 drove me crazy. Some of the things he said were insane. Not mentally, but I never thought I would like someone who would say things like he did. I worked with him, so I saw him often. We would talk all the time, and eventually I got up the courage to just tell him how I felt. Yea. That worked out so well (in case you couldn’t tell there was a lot of sarcasm there). Our store closed for the season and I haven’t seen him since.

2 made me feel a type of way I never thought I could feel.  I wouldn’t even know where to begin to say anything about him. This time, things were more complicated. Things happened and I had to tell him how I felt in order to help other people. Technically I didn’t even tell him. If we want to talk technicalities, then I dropped as many hints as I could until he understood what I was trying to say. Then I made him say what he thought I was talking about so I could just agree or disagree with him. It was easier for me to just agree than actually say the words. Since then, he has pretty much been my best friend, and we talk about everything, but I think deep down, there are always going to be those feelings that he left me with that day. I don’t think they are ever going to just disappear.

3. Oh three.  You drive me up a wall. Sometimes I want to talk to you all the time, sometimes I want to ignore you for days. You say things that make me cringe, but say things that make me smile more than the sun shines (if that even makes sense). But you see, that is what you do to me, you make me say things that make no sense. You give me more butterflies than the butterfly conservatory. You make my heart shutter the second you walk in the room. Your smile makes me melt like an ice cube on the sidewalk in the 97 degree sun. I talk to everyone about you, all the time. Sometimes I just can’t help it. Someone once told me that he knows I like someone when I talk about them all the time. Apparently I did it with 1 and 2, now I do it with 3. But its so hard not to talk about you all the time. There are just so many things I could say about you.

Enough about the backgrounds of 1, 2 and 3, lets get down to business. Like Ted I had my share of people  that I was/am interested in, and moved on from some of them (3 is still in the picture). Unlike Ted, I haven’t found my yellow umbrella.

It’s like they say in a world of cheerios, be a fruit loop. Well, in a city of black umbrellas, there is a yellow one, and its yours.

At one point in the series, Ted comes across a yellow umbrella, which happens to be his future wife’s, he just doesn’t know it yet. When they are reconnected at the Farhampton Train Station they connect over the fact that they shared the umbrella. Ted found “The One” and just never knew it. You have to be in the right place at the right time. Sometimes you have to waste your time looking for that person, to find your yellow umbrella. 1 and 2 may have been just plain boring black umbrellas, and 3 may end up being the same way, but I won’t know until things run their course.

I am a strong believer in fate. Things do happen for a reason. I told 1 and 2 about my feelings when I did for a reason, and things didn’t work out for a reason. I haven’t told 3 yet for a reason, I don’t know exactly what that is yet, but maybe one day I’ll find out. Somewhere out there, there is a yellow umbrella for everyone… You just have to be patient.

“The great moments of your life won’t necessarily be the things you do, they’ll also be the things that happen to you.” So don’t rush through things, sometimes you have to be patient. Ted almost gave up on being patient, and moved to Chicago, but while he was being patient for the last time in New York, waiting for the train, he came across his yellow umbrella again. That yellow umbrella just so happened to be his wife.

So, I guess amongst all this talk about yellow and black umbrellas and some guy named Ted Mosby, what I am trying to say is don’t rush into things. Let them things happen. They are happening for a reason. Let destiny run its course.

“But that’s the funny thing about destiny: it happens whether you plan it or not.. it turns out that I was just too close to the puzzle to see the picture it was forming.” – Ted Mosby 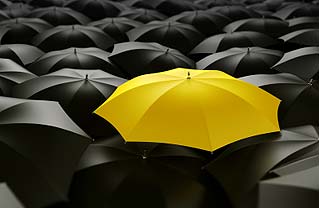