The Hardest Letter I’ve Ever Had To Write… 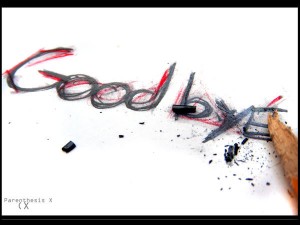 To the kid I thought was my best friend,

I know you probably don’t want to talk to me, hence the reason you probably haven’t been answering my texts, but I feel like I need some closure, and I can’t get that without talking to you. If you don’t respond to this, or my text messages, I get it.

I’ll move on, but in all honesty, I don’t want to lose you.

Nov. 25 you responded to me with one text and it was a total of five words. On Jan. 8, we had a very short conversation about catching up, it’s now over a month later and I still haven’t heard from you about that.

Jan. 26 I texted you twice, nothing back.

Then today. Nothing. This is why I’m writing this.

Because if I can’t speak to you, I can write this, and I can make you hear me.

I get it, you’re busy with work. But there was once a friend who  said these words:

“Just wanted to tell you that I feel infinitesimally better. Probably better than I have for weeks even though so many things are still unresolved. I love that we are becoming closer. And I appreciate that things are now out in the open. I never exactly addressed it, but I’ll just say that you’ve become one of my best friends and I’ve lost pretty much all of them in recent years. The only one I have left is my girlfriend and we know how that’s going. I’m pretty sure you understand that at this point in my life I need your friendship greatly and I don’t want to risk it. I love you, bro!”

It killed me for the last couple months not talking to you. We talked about it numerous times that when you left our job and we would still talk, we planned. We would still be friends. But I haven’t talked to you for more than five minutes since that last day, and even then it was short lived. I don’t know if it’s because what was happening with you and her, or if it was me. These are things that I may never know the answer to. There are things I know I’m never going to want to know.

I don’t understand why no one told me when it happened. I would have been better off then. I don’t want to yell at anyone, because I don’t know how I feel. There were so many times when I thought about things, but I told myself “no” because I knew the conversations me and you had had. The main reason I don’t know how I feel because this isn’t the first time a bomb has been dropped on me like this this month.

Actually, I had two of the exact same bombs dropped on me a week apart. This one being second, which I wished was the first one because it would have made things so much easier for me. The first time someone told me wouldn’t have hurt so bad if it was the second time, and I would have preferred it that way.

I don’t see you two every day. I could have gotten over it faster.

There are so many things happening in my life right now that you don’t know about, and for the past few weeks I’ve wanted to talk to you so bad about all of them, but how can someone talk to their best friend when they don’t answer you.

I can’t tell if I’m at a point in my life where I want to let all of this go? I graduate college in three months. My life is going to change so much and so fast, and I can’t do it without people. But slowly I’m losing all of the people who mean the most to me. I need to know if I’m losing you too. It would make me feel better if I got a response.

Granted I didn’t call you, but we had a thing. We didn’t call unless it was an emergency.

I would ask her and she would say briefly that she talked to you. Nothing major, that she needed help with an English paper. I’m not going to lie at the time I was hurt that you could help her with an English paper and not respond to me, but hey, at least I knew you were alive. I was trying to get over you still. It was hard. I knew I was always going to love you – it was engraved in my heart already. There was no getting rid of it. But now I feel like that part of my heart has been carved out by you. Somehow without me seeing you, you got into my heart, and took that piece of me away.

At one point in order to remember your birthday I wrote it on my white board, so I would see it every day. Muscle memory. Well I learned it. And the other day when the bomb was dropped, I erased it. Now it is engraved in my mind, and it’s going to kill me when March 22 comes around.

Now I feel like I am just rambling. But I need answers, and explanation. Anything. If you want to talk that would be great. If you are ready to throw this away, just say the word. I would rather it happen sooner than later if that’s what you want. I’m not ready to give up, but I can’t force anyone into anything. That’s not who I am, and you know this. You know me. I thought I knew you, but I was proven wrong.

But put it this way. I would like to know you. I want my best friend back. But hey, now it’s your turn.

In six days, if you remember, it’s my birthday. And I would like to enjoy my 22. Did you even remember? Did you write it on a white board?

Did you even need to?