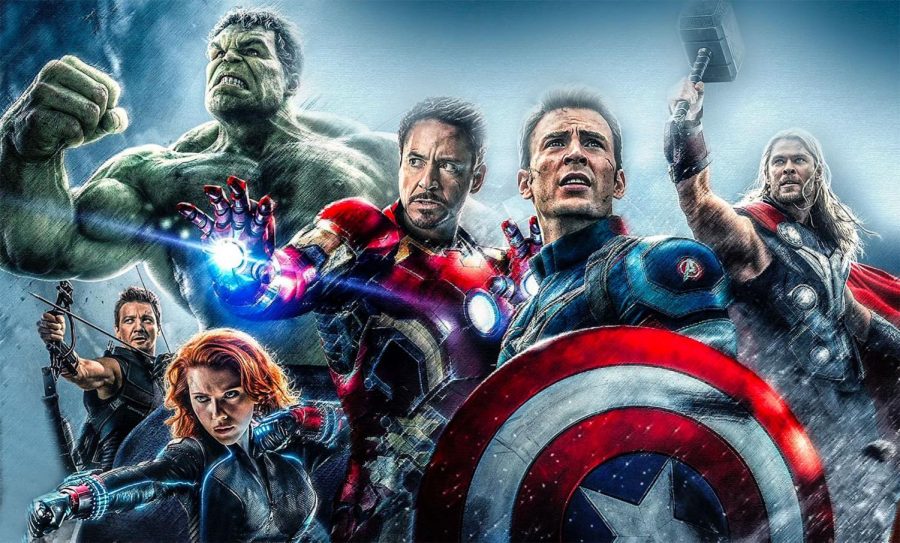 Here’s what people should know about Marvel’s Avengers. They’re six of them even though Marvel has made about 23 movies in the Marvel Cinematic Universe(MCU) adding more Avengers each time. The original six Avengers are Captain America, Iron Man, Thor, Black Widow, The Incredible Hulk, and Hawkeye.

Captain America was just a guy named Steve Rodgers from Brooklyn New York trying to find a way to join the military and fight in WWII. After so many tries he finally gets enlisted.

After training for the military he was a subject to test this serum for the ability to become a super-soldier. The super-soldier is just a regular soldier just with better perks such as jumping higher or running faster. After they put the serum in him he got promoted to Captain.

At first he was just a propaganda tool to help Americans in WWII, but then he went to go help his friend Sergeant James Buchanan(Bucky)Barnes and several other soldiers out from behind enemy lines by himself and he escaped with all of them.

A few moments after that he went in this aircraft to stop the enemy in this situation Hydra from crashing the aircraft in New York.

Before he could stop the aircraft he was confronted by Hydras leader RedSkull and later RedSkull was defeated and on the way towards New York, he crashed the plane in the frozen Atlantic Ocean freezing himself. When he was frozen turns out he was in a coma for over 70 years and woke up in 2012.

Before he was the Incredible Hulk he was just an ordinary scientist by the name of Doctor Bruce Banner.

Dr. Banner has tried to recreate the super-soldier serum that transformed Captain America but it went horribly wrong. He has tested it on himself and he was exposed to massive amounts of gamma radiation.

Now normally a lot of gamma can kill someone but not Dr. Banner somehow has gotten a split personality and that’s where the Hulk was born.

Thor is the Nordic God of thunder. He was supposed to be king of his realm Asgard but he was too arrogant and selfish to be king so his father Odin has banished him to the realm of Midgard (Earth).

Also, he cast his weapon there the mighty Mjönir which was a hammer given to Thor by his father. Before throwing the hammer to Earth, he has enchanted it by saying “ for whoever holds this hammer if he be worthy shall possess the power of Thor”. Mainly what the means is whoever is worthy enough to wield the hammer and not many could have Thor’s power of lightning and thunder.

Later Thor has proved his worthiness by sacrificing himself for the people of Earth. As he returned to Asgard he was going to be king but he turned down the throne because he wanted to help people and he felt that being a king meant just helping his people.

Iron man is a man named Anthony Stark who went by Tony Stark. Tony was the head of Stark Industries, a company his father Howard Stark has started since WWII so Captain America knew Tony’s father as he was the one who injected him with the super-soldier serum. Tony has shut down the weapons industry because one of the weapons has fallen into enemy hands. So he created the Iron Man suit for himself and he wanted to help people.

Clinton Barton codename Hawkeye was already an agent of S.H.I.E.L.D. from the beginning. His codename is Hawkeye because he has a bow and arrows as his weapon and he never misses a shot.

All six of these guys Captain America, Hulk, Iron Man, Black Widow, Thor, and Hawkeye teamed up and formed the avengers where they face any unearthly threat there is and will be to come.

So they have faced and defeated countless creatures like Thor’s adoptive brother Loki who was evil and an evil robot by the name of Ultron that Tony has created and so many more after.