Through an essay by George Orwell, I look for the inspiration behind my greatest love: writing. 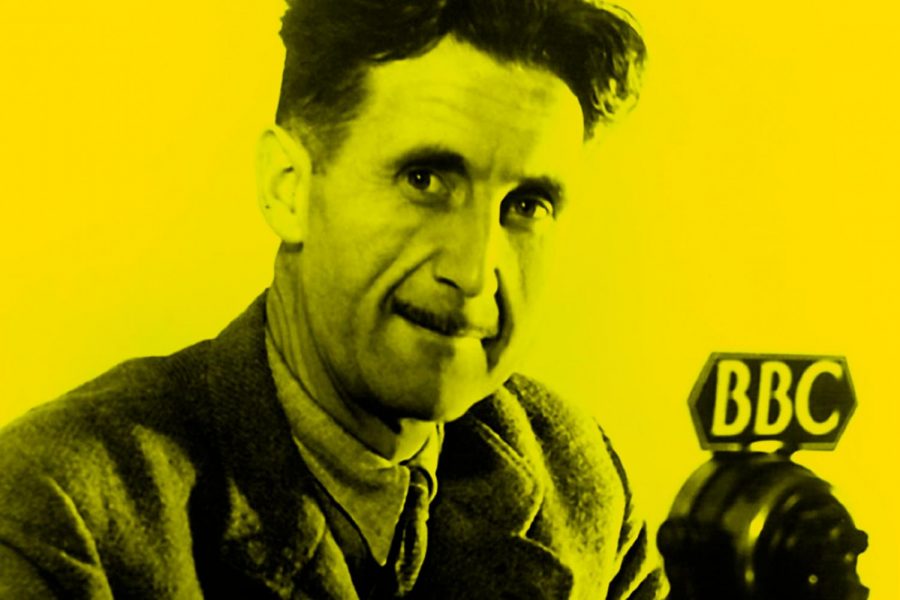 via The Daily Beast

“All writers are vain, selfish, and lazy, and at the very bottom of their motives there lies a mystery. Writing a book is a horrible, exhausting struggle, like a long bout of some painful illness. One would never undertake such a thing if one were not driven on by some demon whom one can neither resist nor understand. For all one knows that demon is simply the same instinct that makes a baby squall for attention.”

While deciding to write at 3:31 AM for pleasure is an odd thing I do, I find myself coming back to this exact scenario: a pitch black room except for an open laptop, coffee, and silence. Like every time I decide to write, something inspires it. In this instance, it came from an essay by George Orwell, Why I Write. I love Orwell, his writing has always captivated me; his mastery of the English language is second to none in my opinion. Like most of his work, it is extremely relatable, in an eerily sort of way. Going back to the quote I mentioned in the beginning, I had always known it was from Orwell, but I never knew it came from Why I Write, so to see it mentioned made me have to read this essay. But as I re-read that quote again, and again, and again, I asked myself the question: why do I write?

As Orwell says, “…I do not think one can assess a writer’s motives without knowing something of his early development. His subject matter will be determined by the age he lives in — at least this is true in tumultuous, revolutionary ages like our own — but before he ever begins to write he will have acquired an emotional attitude from which he will never completely escape. It is his job, no doubt, to discipline his temperament and avoid getting stuck at some immature stage, in some perverse mood; but if he escapes from his early influences altogether, he will have killed his impulse to write.” When reviewing the defining moments of my childhood, the positives and the negatives, it would be impossible for me to ignore the impact these had on my interest in writing. Whether it was my Mom forcing me to read Judy B. Jones when I was five, getting made fun of for enjoying poetry while in middle school, or losing my house in Hurricane Sandy and looking toward writing for relief, these tiny and insignificant moments built up my greatest love: to tell stories.

Following this, Orwell discusses the “four great motives for writing,”: “Sheer egoism“, “Aesthetic enthusiasm“, “Historical impulse“, and “Political purpose“. Reading into Orwell’s descriptions, I found that “Sheer egoism,” fit me the best. “[The] desire to seem clever, to be talked about, to be remembered after death, to get your own back on the grown-ups who snubbed you in childhood, etc., etc. It is humbug to pretend this is not a motive, and a strong one. Writers share this characteristic with scientists, artists, politicians, lawyers, soldiers, successful businessmen — in short, with the whole top crust of humanity. The great mass of human beings are not acutely selfish.”

The more I thought about it, I realized that my passion behind my love for writing is wrapped behind many layers, but one of the metaphorical blankets is one of glory. Some writers prefer to remain under the mainstream; I want to be remembered. My father has instilled me with the idea that if you’re going to do anything, be the best at it. This isn’t a unique message, but it’s one I take to heart every day.

Orwell and I  both have taken paths that have led us to having a great interest in politics. “First I spent five years in an unsuitable profession (the Indian Imperial Police, in Burma), and then I underwent poverty and the sense of failure. This increased my natural hatred of authority and made me for the first time fully aware of the existence of the working classes, and the job in Burma had given me some understanding of the nature of imperialism: but these experiences were not enough to give me an accurate political orientation. Then came Hitler, the Spanish Civil War, etc.” While my path to this topic has been nowhere near extreme, the political process has affected my family, friends, and myself. Naturally, this has led to me to question the way everything works and why things are the ways they are.

As I’ve gotten older, it has begun to make more sense about why journalism has become my passion. My mother was a writer when she was a teenager and she always spreads her curiosity about life and artist’s flair with me — her passions have become mine. Orwell is correct about this, writers are made through the experiences that not only define them as writers, but as people. I come from a family of opinionated and stubborn people who encourage me to question everything, so journalism was the obvious next step. While others can craft together poems and short stories, writing factually has always come like breathing, it’s natural for me.

When I think of everything I read from Orwell’s essay, I can boil my passion for why I write in one statement: I believe I can change the world through my words. I’ve never been a confident person, but when I write, it’s different. Writing makes me feel empowered, like I can make a difference or an impact that can affect people; this means a lot. I write because I love, and I love because I write; it has become my escape from day-to-day life when it becomes too difficult. Like Orwell, we write for a greater cause: to inform. One of my favorites quotes in Why I Write is subtly thrown into the middle of the essay, yet it stands out like a diamond in the dirt, “When I sit down to write a book, I do not say to myself, ‘I am going to produce a work of art.’ I write it because there is some lie that I want to expose, some fact to which I want to draw attention, and my initial concern is to get a hearing.”