The JBA: Is LaVar Ball On To Something?

LaVar Ball is crazy. But that doesn’t mean he isn’t a genius.

On December 20th, one of the most recognizable figures in American sports, LaVar Ball, announced his intentions to create a new competitor to the NCAA, the Junior Basketball Association.

As said in a statement to SLAM Magazine, “For decades, the NCAA has run a business that has exploited thousands of teens, while college institutions, coaches, media conglomerates, and corporate sponsors have all profited from the model. The JBA is a long-awaited solution to this ongoing problem.”

With the league’s Inaugural Season set to take place this Summer, it has the potential to shake-up how High School and College Basketball works. The JBA is expected to feature 80 of the best prospects divided over eight different teams, based in a variety of cities, including “Atlanta, Brooklyn, Dallas, and Los Angeles”. With a pay ranging from $3,000 to $10,000 a month throughout the season, this will allow for potential NBA players to avoid the “One-and-Done Rule”, get paid, and still have the chance to play in the NBA.

There is one catch behind all of this: any player involved in the league will have to wear Big Baller Brand merchandise. If a player wanted to skip college and get a paycheck, this may be worth going through.

If you aren’t aware of who LaVar Ball, allow me to share some information about him: he is the father of Lonzo, LiAngelo, and LaMelo Ball, who are all notable basketball players, albeit at different levels. Going unknown until last year, LaVar Ball has become well known for his controversial comments, including that his son Lonzo is better than Steph Curry, Lonzo was the best player in the world, and that LaVar himself could “kill Michael Jordan one-on-one.” He has launched his family and his basketball clothing line, Big Baller Brand, into massive entities.

Before we delve further into what the JBA can offer, we should look at what has led to the league’s creation.

At the root of all of this, was the NBA’s 2005 Collective Bargaining Agreement. This was when the “One-and-done Rule” was established; this rule states that if a player wants to declare for the NBA, they must wait until one year after High School. Prior to this, you had players like Kobe Bryant, Kevin Garnett, LeBron James, and many others who went straight to the NBA following the completion of High School.


The NBA Commissioner at the time, David Stern, wanted the age limit to increase to 20, but this was met with extreme resistance from the NBA players, so the compromise was 19, which is what it is now.

With this rule in place, the logical next step for an NBA prospect would be spending a year in college. This isn’t a rule that’s favored by only the NBA; the NCAA, the National Collegiate Athletic Association, and the colleges within it are massive fans of it, most notably the University of Kentucky, who have used this rule to their benefit.

When the legendary Head Coach of Kentucky, John Calipari, was questioned on his use of players who had no intention of staying just to complete the one season in an interview with Bleacher Report, Calipari said, “And they can come back and finish up!” Calipari said. “They can do it [finish school] whenever. Tell me what the issue is with that? And let me tell you this: For those of you that think what we’re doing is a sham: What if it were your child? Would you think it’s OK then?”

Before I continue, I want to point out that college isn’t the only option for players. As seen with like Brandon Jennings, you are able to play overseas; so you can get paid and still be eligible for the NBA. The main issue with this is the lack of publicity a player can receive compared to playing in the States.

If you didn’t already figure out or know this, the NCAA forbids the payment of student-athletes. As seen on the NCAA’s website, amateur competition is a bedrock principle of college athletics, “Maintaining amateurism is crucial to preserving an academic environment in which acquiring a quality education is the first priority. In the collegiate model of sports, the young men and women competing on the field or court are students first, athletes second.”

So, any dollar being generated by these athletes may not be given to them; if this occurs, this can cause punishment for not only the athlete, but the institution. While the argument of “Well, they’re getting a free education” is often used, I don’t believe people understand just how much money the NCAA generates, especially from College Basketball. Also, these players are paying attention to class, they’re understandably focusing on their game.

Just for the Men’s College Basketball Tournament, better known as March Madness, the NCAA gained over $1 Billion just in 2017! According to Investopedia, that number accounts for 90% of the NCAA’s revenue. According to the NCAA, the money is redistributed to the schools that take part in the tournament, but not a dime of this goes to the players that ultimately created it.

And then finally, the most important reason the Junior Basketball Association is a thing is that of the arrest of LaVar’s middle son, LiAngelo. Following the arrest of LiAngelo and two other UCLA teammates, while on tour in China for shoplifting, which saw President Trump out of everyone come to the rescue and help the three get freed from China, they were suspended indefinitely. But LaVar pulled him and LaMelo from College and High School, respectively, and got them professional contracts in Lithuania. 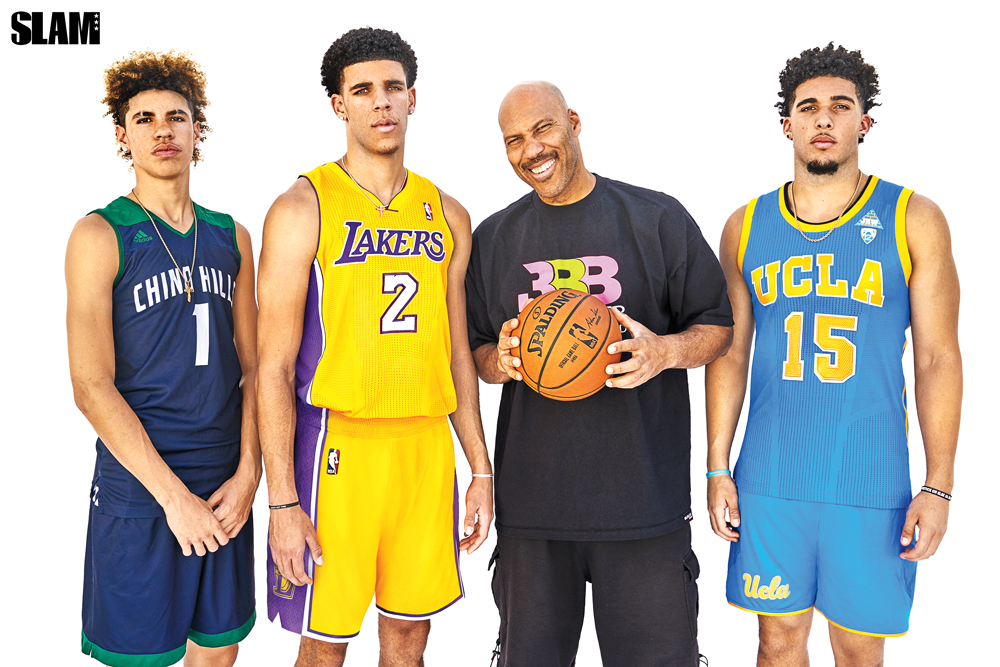 A comment made by NCAA President, Mark Emmert, also pushed LaVar to create the JBA, “Is this a part of someone being part of your university as a student-athlete or is it about using college athletics to prepare yourself to be a pro? If it’s the latter, you shouldn’t be there in the first place.”  Combine everything I’ve just mentioned plus an egomaniac in LaVar Ball, and now we have the JBA.

Now, we have gone through the pieces that have led us to the Junior Basketball Association, we can look at what it can’t and can offer athletes and how it can change the landscape of college sports.

My biggest issue with the Junior Basketball Association lies within two different issues: the lack of security and the quality of players.

Going to my first issue, I have a problem with player security: let’s assume one forwent College and played in the JBA, you are giving away the only security blanket you would have in an education, so if you tear your ACL or something to that severity and can’t perform, then you’re shit out of luck. I’m assuming that playing in this league would make you ineligible for the NCAA, so where would you go next?

My next issue is with the quality of players. The NBA Draft only features 60 players, and it’s not like every player would go to the JBA over college, so here is a situation I keep imagining: you’ll have four or five excellent NBA Prospects competing against players who either aren’t ready for the NBA or just aren’t good enough, which would only hurt the value of said prospects. So you’d have a large group of players who would sacrifice a backup plan to get paid temporarily, which seems risky.

But when looking at the pros, I believe this is an excellent idea!

First, whether this league ever picks up, it once again brings up a necessary conversation: why the hell aren’t players getting paid yet? The NCAA doesn’t care about these players’ educations; if they did, they would force them to stay for the full four years. By keeping these future stars for at least a year, the NCAA can still grab a piece of the pie by being the showcase for the next generation of NBA stars. Why should colleges be able to sell equipment with their names and faces without allowing the player to receive a cut of the money? It’s these questions that are being asked again because of the JBA.

Second, it will be much better for player development. One of my biggest issues with College Basketball is the difference in the rules; College has two halves, a shorter 3pt line, a longer shot clock, and a variety of other rules that differ from the NBA game. I believe these differences are why we see so many busts in the NBA throughout the early picks; but the JBA is planning on using similar rules to the NBA, which not only makes sense, but it will allow for scouts to pick up on more NBA-ready talents.

And my last reason why I like this is, why the hell shouldn’t players be allowed to go pro out of High School? In almost every sport except Football, players can leave and get paid whenever they want; the rule to keep them away from the NBA for a season is ridiculous and is intended so the NCAA can make more money off of forced amateur athletes. The JBA will be just another alternative that exists so High School kids don’t have to go play in Lithuania or another country for a year just to come back and declare for the draft. I say let’s go for it!

As I mentioned, I believe this should bring up the discussion of why these kids aren’t being given their fair share. I’m not implying that they should get paid millions, all I’m saying is that if a school or the NCAA would like to use a player’s likeness to create revenue, I believe the athlete should be entitled to a piece of said revenue. The JBA shouldn’t have to exist when we have a billion-dollar “Non-profit Organization” that could prevent this issue.

Or better yet, how about we flat out abolish the “One-and-done Rule”? It serves one purpose for the NCAA; if a player believes he is ready for the NBA and doesn’t want to go to college, why force him? Because of this rule, we keep seeing the same few schools get stacked rosters every season because they know ahead of time that the school doesn’t care.

LaVar Ball may be outspoken, arrogant, cocky, whatever you may think. But behind all the madness, there is a brilliant man willing to speak out against what is a broken system and do something about it. To that, all I can say is Godspeed.