Question(s) of a Lifetime – Part Two

Life has given us many difficult questions; some, will never be answered. Here are some that can. 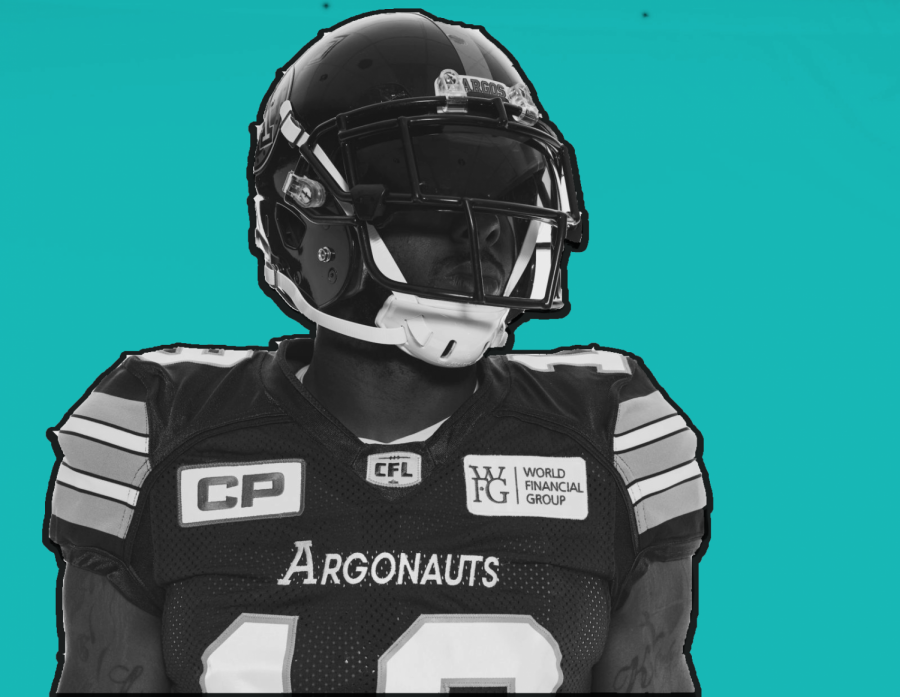 We as humans have asked many questions, ranging anywhere from our own mortality, to what we will eat for dinner later.

Following my first article, where I answered the best of the first half of,  “Chuck Klosterman’s 23 Questions I Ask Everybody I Meet In Order To Decide If I Can Really Love Them,” I’m back again to finish the other half of these extraordinary questions. Without further ado, let’s get back into it!

You meet a wizard in downtown Chicago. The wizard tells you he can make you more attractive if you pay him money. When you ask how this process works, the wizard points to a random person on the street. You look at this random stranger. The wizard says, “I will now make them a dollar more attractive.” He waves his magic wand. Ostensibly, this person does not change at all; as far as you can tell, nothing is different. But—somehow—this person is suddenly a little more appealing. The tangible difference is invisible to the naked eye, but you can’t deny that this person is vaguely sexier. This wizard has a weird rule, though—you can only pay him once. You can’t keep giving him money until you’re satisfied. You can only pay him one lump sum up front. How much cash do you give the wizard?

I’m an honest person and I know my limitations as a human being, so the answer is obvious: give him every dollar I own. While assuming that he is magical is a risky proposition, it’s one I’m willing to take.

We live in a culture that is dominated by beauty over brains; we have so many great minds in 2018; people who are striving to change the world, for the better. Yet, the reality is that no one cares about them, compared to a Kardashian, for example. If I became that important, it would be a no-doubter to give everything I own.

For reasons that cannot be explained, cats can suddenly read at a twelfth-grade level. They can’t talk and they can’t write, but they can read silently and understand the text. Many cats love this new skill, because they now have something to do all day while they lay around the house; however, a few cats become depressed, because reading forces them to realize the limitations of their existence (not to mention the utter frustration of being unable to express themselves). This being the case, do you think the average cat would enjoy Garfield, or would cats find this cartoon to be an insulting caricature?

This is a dark, yet interesting, question to think about. The problem I had when attempting to answer it, was that I kept justifying Garfield by comparing it to shows about lazy human beings. I just claimed that it is just one, of the many ways one can act. As a result, I thought that cats shouldn’t, and wouldn’t, be offended. But then I thought about it more. 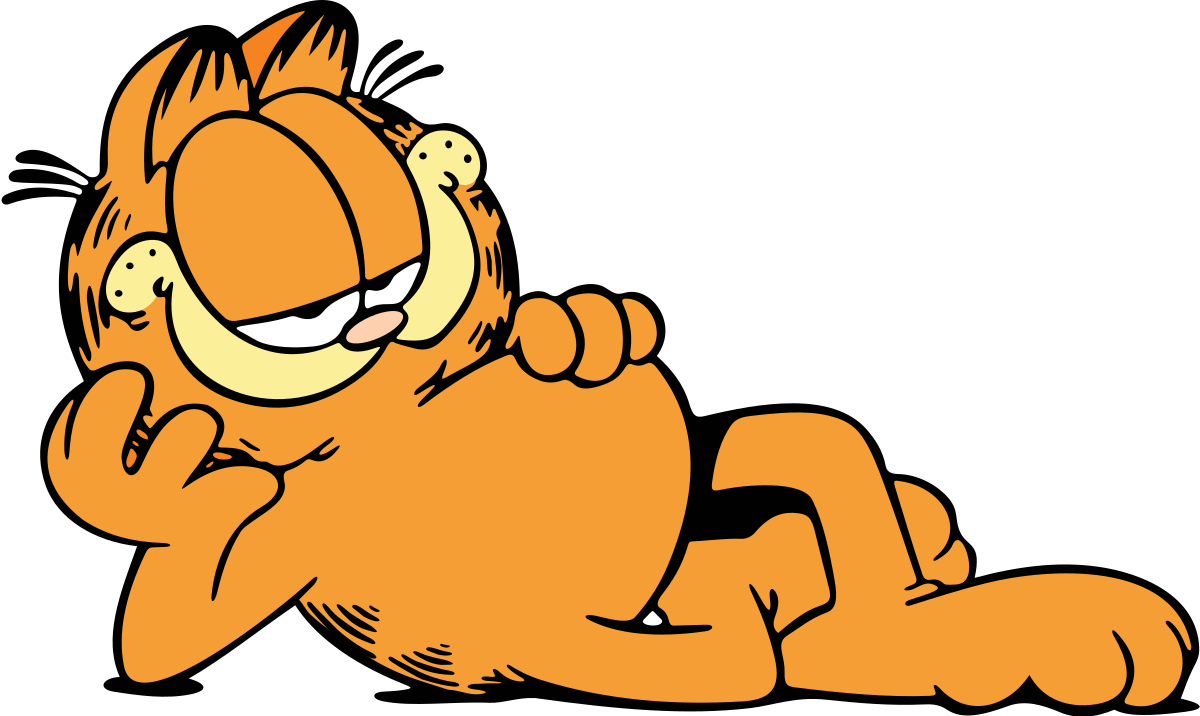 But with more thought, I realized how this could offend the average cat: they can’t defend themselves. Humans can talk, share, and discuss ideas, but in this hypothetical scenario, cats can’t. While not being able to express myself would piss me off to no end, not being able to defend myself from stereotypes that are out of my hands, is even worse. So I’m siding with the cats for this one and saying that they would find it insulting.

You have a brain tumor. Though there is no discomfort at the moment, this tumor would unquestionably kill you in six months. However, your life can (and will) be saved by an operation; the only downside is that there will be a brutal incision to your frontal lobe. After the surgery, you will be significantly less intelligent. You will still be a fully functioning adult, but you will be less logical, you will have a terrible memory, and you will have little ability to understand complex concepts or difficult ideas. The surgery is in two weeks. How do you spend the next fourteen days?

Out of all the questions, I believe this is the darkest one. While the initial detail of having a terminal brain detail makes this question sad, it only gets sadder when you realize that they only alternative is to have a surgery that will change who you are as a person. It makes you question if life would even be worth living. But that’s not the question being presented here (although it’s good enough to be its own.)

If I had 14 days left of being “me”, I would make it a point of emphasis to ensure that every thought, memory, or concept was written for me to have forever. It may seem stupid, but if I will lose almost all of who I am, I’d like to have a piece to hold onto. Although I may not be the same person, my words will be permanent.

Someone builds and optical portal that allows you to see a vision of your own life in the future (it’s essentially a crystal ball that shows a randomly selected image of what your life will be like in twenty years). You can only see into this portal for thirty seconds. When you finally peer into the crystal, you see yourself in a living room, two decades older than you are today. You are watching a Canadian football game, and you are extremely happy. You are wearing a CFL jersey. Your chair is surrounded by books and magazines that promote the Canadian Football League, and there are CFL pennants covering your walls. You are alone in the room, but you are gleefully muttering about historical moments in Canadian football history. It becomes clear that—for some unknown reason—you have become obsessed with Canadian football. And this future is static and absolute; no matter what you do, this future will happen. The optical portal is never wrong. This destiny cannot be changed. The next day, you are flipping through television channels and randomly come across a pre-season CFL game between the Toronto Argonauts and the Saskatchewan Roughriders. Knowing your inevitable future, do you now watch it?

This question is easy for me. I already love football, although my preference is more based on NFL and College. Although, I have watched the CFL before, and I find it interesting. So even if I didn’t know about this prophecy, I would still watch!

You are sitting in an empty bar (in a town you’ve never before visited), drinking Bacardi with a soft-spoken acquaintance you barely know. After an hour, a third individual walks into the tavern and sits by himself, and you ask your acquaintance who the new man is. “Be careful of that guy,” you are told. “He is a man with a past.” A few minutes later, a fourth person enters the bar; he also sits alone. You ask your acquaintance who this new individual is. “Be careful of that guy, too,” he says. “He is a man with no past.” Which of these two people do you trust less?

I noticed a funny trend when I asked other people this question: whenever they thought of a man with a past, it was always presumed that he was a bad person, or that he had done bad things in the past. I’m not implying that I’m unique, but I took this idea of someone with a past in a positive manner. When I think of someone with a past, I expect an older person who has seen a lot of things; but this doesn’t make him a bad person. I don’t assume that having no past makes you less trustworthy, but I feel like I can trust someone who has seen more, well, more.

Your best friend is taking a nap on the floor of your living room. Suddenly, you are faced with a bizarre existential problem: This friend is going to die unless you kick them (as hard as you can) in the rib cage. If you don’t kick them while they slumber, they will never wake up. However, you can never explain this to your friend; if you later inform them that you did this to save their life, they will also die from that. So you have to kick a sleeping friend in the ribs, and you can’t tell them why. Since you cannot tell your friend the truth, what excuse will you fabricate to explain this (seemingly inexplicable) attack?

This question is one of my favorites, but not because of the question itself, but because of my girlfriend’s horrific justification: 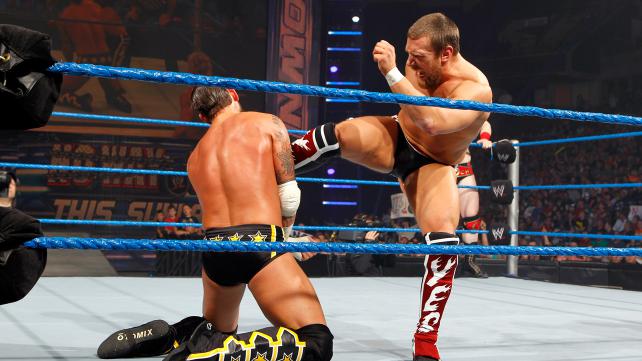 “I would say, ‘your little brother threw something at you and I went to kick it way. But I accidentally kicked you in the ribs.’” -Haleigh Brown, 2018

This answer is so unbelievable, I almost don’t expect that a less justifiable answer exists.

I’d say that a rat or something was crawling on them and that I panicked. It’s believable to a degree, and if I owned up to it, I think I would be forgiven.

For whatever the reason, two unauthorized movies are made about your life. The first is an independently released documentary, primarily comprised of interviews with people who know you and bootleg footage from your actual life. Critics are describing the documentary as “brutally honest and relentlessly fair.” Meanwhile, Columbia Tri-Star has produced a big-budget biopic of your life, casting major Hollywood stars as you and all your acquaintances; though the movie is based on actual events, screenwriters have taken some liberties with the facts. Critics are split on the artistic merits of this fictionalized account, but audiences love it. Which film would you be most interested in seeing? 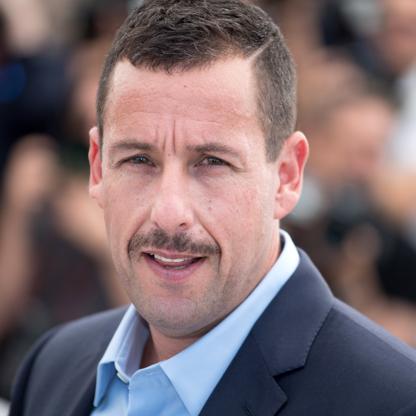 As much as I would want to see Adam Sandler play me in an over-dramatic version of my life, I’d give anything to see a documentary on my life. Not only because I love documentaries, but I would be curious to see what people think of me; I could see it not being perfect, but I, in a weird way, kind of like it.

I also like accuracy and truth in my media, it’s a big reason I want to be a journalist, so to pick any other answer would be wrong.

You work in an office. Generally, you are popular with your coworkers. However, you discover that there are currently two rumors circulating the office gossip mill, and both involve you. The first rumor is that you got drunk at the office holiday party and had sex with one of your married coworkers. This rumor is completely true, but most people don’t believe it. The second rumor is that you have been stealing hundreds of dollars of office supplies (and then selling them to cover a gambling debt). This rumor is completely false, but virtually everyone assumes it is factual. Which of these two rumors is most troubling to you?

The first rumor would bother me significantly more than the second, only because it’s true. I can disprove that I’m stealing, but I actually did have an affair, so that would eat away at me more. I also think that me having an affair with a co-worker has way more consequences; not only would I lose my job, but I would be destroying a partnership. That stress would make me feel like a terrible person.

If you’ve made it this far and actually answered the questions truthfully, good for you! Some of these are difficult, but I believe that it’s a superb test. I can’t speak for everyone, but I learned about myself while going through these; it’s a good reminder to always challenge yourself, even if it’s answering stupid questions on a train!