The Curious Case of the New York Cosmos: The First Act

Before America had Major League Soccer and Real Madrid created the Galácticos, New York was where all the soccer stars aligned. 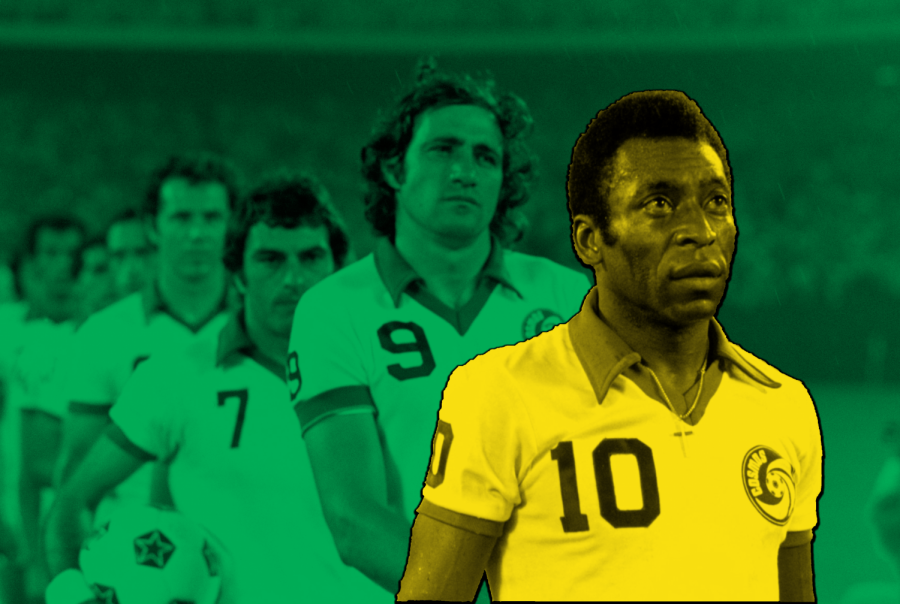 The date is Aug. 14, 1977. The New York Cosmos are hosting the Fort Lauderdale Strikers at Giants Stadium. 77,691 fans, a number that would not be seen in American soccer for 40 years, have packed into this newly built stadium to see Carlos Alberto, Giorgio Chinaglia, Franz Beckenbauer, and Pelé, in the first leg of a two-game series to see who would advance to the Conference Championship. As the Cosmos eventually thrashed the Strikers, went past the Rochester Lancers, and then beat the Seattle Sounders in the 1977 Soccer Bowl, the sky seemed to be the limit for not only the club, but for the North American Soccer League. Within less than 10 years, both the club and league would fold.

The team that was once called, “the most glamorous team in world football” by writer Gavin Newsham, had ceased to exist. The damage of this created waves for the sport in the United States, ones that wouldn’t flatten out for years to come. But this wouldn’t be the end of the Cosmos story; it was only the first act.

To learn more about the story of one of America’s most iconic soccer clubs, I was able to interview both Ezra Gale, a fan who was able to witness both the original and reincarnation of the New York Cosmos, and Luis Hernandez, better known by his online alias of DeltaReaper, who was a member of the This is Cosmos Country Podcast and a current member of the Pint After Podcast.

While Hernandez’s experience with the Cosmos only goes back to 2012, Gale’s goes back much further, “I grew up in NYC, so I remember the Cosmos from when I was little. I didn’t go to any games, but I knew they were our team and of course I thought Pelé was the coolest.” This story, can fit the mold of many fans in the 1970s and ‘80s; when Warner Communications got involved in the soccer industry in 1970, it would’ve been difficult to imagine just how within five years, the club would be able to acquire one of the game’s greatest in Pelé, and become an overnight sensation.

From the moment Pelé’s name was signed to paper, every fan in the world shifted their attention to New York. This wasn’t just a soccer club signing a player; this was a man who was seen as so valuable to an entire nation, that the president of Brazil at the time, Jânio Quadros, named him an “official national treasure,” to ensure that he wouldn’t leave for Europe. For the first time in his career, he agreed to put on a shirt that wouldn’t sport the Santos or Brazilian badge(s).

The signing of Pelé wasn’t the only move made; from 1975 to 1977, the club would bring in some of the game’s most notable names. Before the term, Galácticos became synonymous with Los Blancos in Madrid, The Greens in New York were attempting to make it their own. The moves, from a popularity perspective, were brilliant; attendance went from 3,578 in 1974, to 47,856 in 1978! The club became well known all throughout the world, and according to Gale, it still is, “It seems to drive MLS fans crazy when they hear it, but the Cosmos are still the most famous American soccer team around the world. Everyone knows the name.” 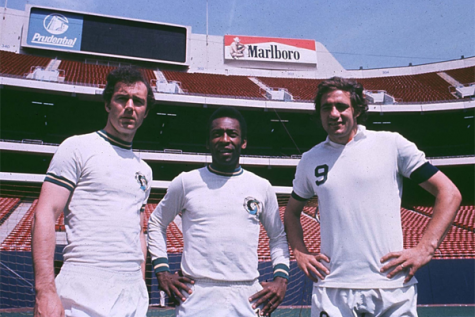 But as learned from the first incarnation of the Cosmos (and NASL as well): watch what you’re spending.

Following the retirement of Pelé, both the club and league had two major issues on their hands: the face of NASL was gone with no suitable replacement and clubs were spending too much. The first point is self-explanatory, when you have one of the most popular and iconic players ever, retire, it’ll never be easy to find a replacement. But the other can be looked at more. The Cosmos were dominating not only on the field, but their popularity was growing off it. Clubs made it a goal to recreated the Cosmos’ model; George Best, Johan Cruyff, Gerd Muller, Eusébio, and many more big names were brought in to compensate for the Cosmos spending.

This mentality was best summed up by the president of the San Diego Sockers, Jack Daley, “It became fashionable to chase the Cosmos. Everyone had to have a Pelé. Coaches went around the world on talent searches, forcing the prices up.”

With clubs spending nearly 75% of their budgets on players’ salaries, the league’s clubs could not prevent what became an unsustainable spending spree that saw them constantly moving or folding. The league would fold in 1984. The Cosmos, meanwhile, attempted to play for one more season in the Major Indoor Soccer League for the 1984-85 season, before closing its doors for what many thought was the last time in 1985.

Although the Cosmos’ impact on soccer in the United States was unforgettable, the damage that was caused forced not only the club to go under, but an entire league. It wasn’t until about 10 years later in 1993, wherein an attempt to bring the 1994 World Cup to America, that another professional league would be created. Three years later, Major League Soccer would host its first season with 10 clubs.

Although MLS has been a success to this point, it has not necessarily attracted every fan, as seen by my interview(s) with Luis, “On the field, it’s a great product. Is it as good as it says it is? I don’t think so, but nonetheless, it’s great. I’m not a fan of how they do business off the field. TAM. GAM. Allocation lists. Discovery rights. Clubs can’t pick their own jersey suppliers. Rules on what you have to do to get in, which are sometimes suspended out of convenience.”

But Hernandez was not alone. When asking Gale about what his issues with the league are, he named a common argument against MLS: promotion and relegation. “Part of it is that there’s no [promotion/relegation], which is one of my favorite things about soccer everywhere else. I love seeing who’s in the league from year to year and the end-of-year relegation battles in each league between teams fighting to not get sent down I think is the most exciting part. It’s something unique to soccer and since MLS doesn’t have that I think it’s less exciting.”

Eventually, enough minds came together and concluded that Major League Soccer wasn’t the answer. On Nov. 10, 2009, the North American Soccer League was brought back to life. Despite the identical names, these were two different leagues. However, this didn’t stop NASL 2.0 from attempting to bring back some nostalgia held by the original league. This included bringing back many aspects of the old league, like the team names and the return of the “Soccer Bowl.” 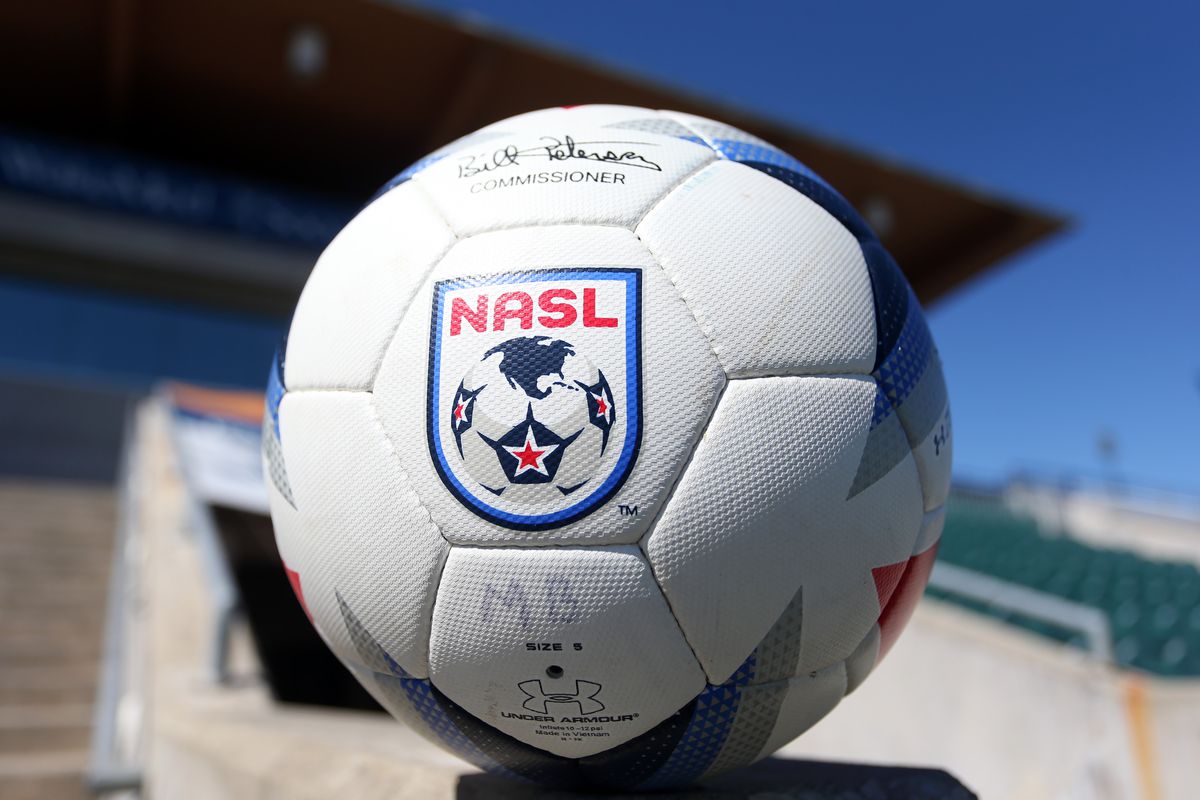 As also mentioned by Luis before, clubs could also choose their kit sponsors. Clubs were also free to spend as they wanted to create a 30-man roster that could only feature seven international players.

The league would follow an “Apertura and Clausura” format, aka a split-season.

Clubs would play the Spring Season from April to early July. Following a four-week break, the play would resume from August to November to make up the Fall Season. Following this, a four-team playoff would take place using the two winners from each season, plus the two next best teams from both seasons combined.

The winner of that playoff would then be declared Champion of the NASL. Despite ambitions from then-league Commissioner Bill Peterson to implement promotion and relegation, it has yet to happen.

The history of the new NASL started off under shaky circumstances; despite the league’s intention to play in April 2010, neither them, nor the USL First Division, would receive sanctioning from the leading body of US soccer, the USSF. This resulted in both leagues combining for one season to create a temporary professional second division. Without even playing a game, the league already suffered a major setback.

Following this incident, the league made it a priority to meet the standards to receive sanctions as a Division 2 league.

While a league was being reborn, so was its most famous club.