Let me ask you a question: if Mercy continues to ignore vegans and vegetarians, do they really exist? 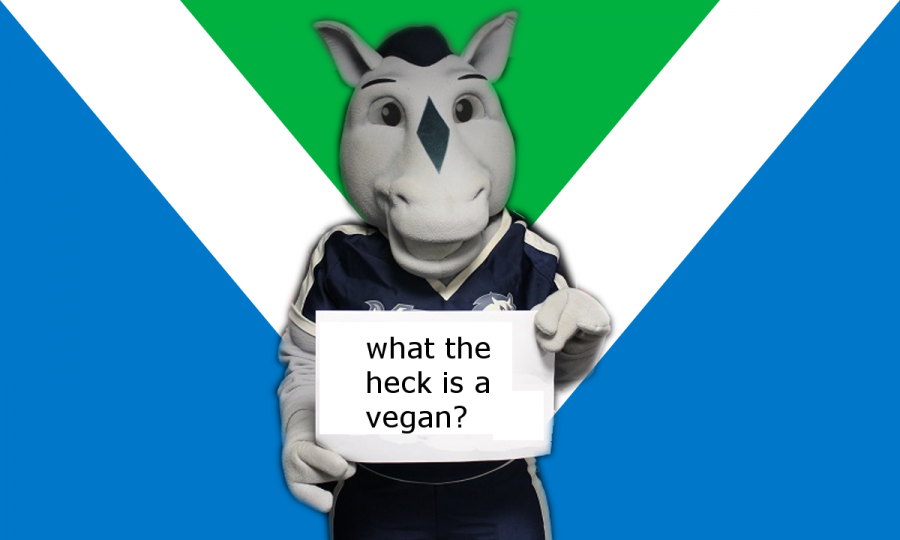 Typically, when you think of a private college, you think of prestige, quality, high standards, and dedication to the student base, but as Mercy has shown time and time again, these traits do not seem to apply to their own school in terms of their catering. But for the vegans and vegetarians of the college, Lessing’s has continuously shown that they do not care about us.

Waking up to what has to be the fifth fire alarm this year alone is Hudson Hall (we’re only in the second full week of the semester, let me remind you,) I made the unfortunate mistake of believing that getting breakfast could be a way to make me feel better about the rude students who unintentionally woke me up due to their lack of common sense.

I entered Main Hall at 10:27 a.m., bracing for disappointment in case they stopped making breakfast, but to my surprise, the line was small and they were still taking orders. Lucky me, huh?

I made my order, which was:

All of this would go on a wrap, which seems like a simple enough order (mostly because I’ve been making this exact ‘order’ at my house since I was 12,) with a short line, I figured in about 10 minutes I’d be back in my room to eat and fall back asleep, but in a similar vein to Mercy’s tuition bills, there was much more to come.

Keep in mind, I had ordered at 10:29, but as the minutes went on by and I saw people, talked to them, and then watched them leave, I quickly realized that I was in a situation my fellow vegetarians and vegans like to call being “screwed.”

If you order a meatless order from The Hudson View Cafe, and you literally aren’t the only person on the line, you are subject to several possibilities:

Or, what happened in this specific moment,

You will get meat you didn’t order on your food.

Before you keep reading, go back to the list of food I ordered, let me ask you a (rhetorical) question: did I order bacon? If you can read and see that I clearly didn’t, then congratulations, you’re can take an order better than what I was used to. It was 11:05 when I saw that they have made this mistake; they had even asked me twice what the order was, but after nearly 40 minutes of waiting for a sandwich, I could’ve arguably made at least two times within the time of me waiting, I was stuck right where I had started – pissed off and hungry. If this was a one time incident I wouldn’t even bother writing this, but after this consistently happening at least twice a week since I arrived in Dobbs Ferry last year, the question needs to be asked: does Lessing’s know what the hell they’re doing?

When the news of renovations coming to Main Hall’s cafeteria, I was thrilled to hear that Lessing’s was taking a step in the door of the 21st Century in regard to food service; I don’t know why I had these expectations, because like a football player with no hands, food service tends to drop the ball on these things. So when I arrived at Dobbs Ferry two weeks ago, I had the expectation they would accommodate to students who for religious or political or even health reasons, chooses to not eat meat and/or animal products.

If it was possible to spend money and downgrade, I would put my trust in no other school to achieve this. With fewer workers, fewer food choices, and the same rude treatment to vegans and vegetarians, one has to wonder: what the hell is the point?

With a declining list of options and the school’s ability to somehow not see the ridiculousness of this all, it leaves students to eat from the salad bar/get a wrap, which in case you’re out of the loop, has a history of getting students sick from either the food going bad, or the instances of bugs being found within the food (and yes I have photo and personal evidence to back these claims up.)

If you really hate yourself and like to be surprised with what you get, The Homezone is an excellent choice. With the possibility of mold and/or cheese if you’re a vegan, you don’t even know if you’re guaranteed to have a legitimate meal choice for yourself (and no Mercy, throwing out rice pilaf every day doesn’t count.)

I’m not even going to mention the pizza stand.

And last, and definitely least, the grill continues to be Lessing’s way of representing themselves through food: misleading and disappointing. It’s shocking the primary stand of your school’s primary cafeteria is this bad. I visited Purchase College recently, and I was in utter shock because not only was their grill quick and they actually offered multiple options for vegetarians and vegans, but their system made sense too!

You walked in, went to a group of kiosks in the back of the room, and on one, you would place your order and all the details. You’d then receive a number, and the people at the grill on the other side of the room would receive it through a computer. You wait a few minutes, hear your number, and boom, you’re golden. Not only did this prevent the area from becoming a mess of people trying to find out if they even placed their order, but it was quick and effective, two words Lessing’s cannot use in any means.

Half of the time, the people within Main Hall won’t even write the order, which is okay, assuming you remember what the order was. Although even when it is written, it doesn’t seem to make a difference, as of the latest screw up this morning, there have been five different instances of the school making up their own order for me and throwing meat on an order that in no way asked for it. Again, it’s the second full week of college.

I’ve spoken to Mercy officials about the food twice, just to let you know these complaints aren’t unjustified. But nothing had changed. It’s offending how we’re treated with the grill not even being cleaned for us, it shows nothing new from the establishment. They simply do not care.

In a diverse school that takes great pride because of it, it’s shocking how for food, apparently, all students aren’t equal. My girlfriend was driven out of Mercy in part due to the school not being able to accommodate to a diet that was to solve a medical problem, this is a larger issue than just of food, it’s about respect.

And if you don’t think it matters, you’re wrong; to the residential students that fit into the groups I’ve talked about, this is our home. We don’t have the ability to always just leave and get food wherever; the school needs to provide more for us.

If this column post falls on the lap on any Mercy official, please contact me. If it’s another vegan/vegetarian, don’t let these words go to waste, say something. Let’s make a change, let’s make Mercy College and Lessing’s change the status quo.