Steven Responds to Himself About Vegans and Vegetarians at Mercy

I made a mistake when getting angry about Mercy's food situation, now, I fix it. 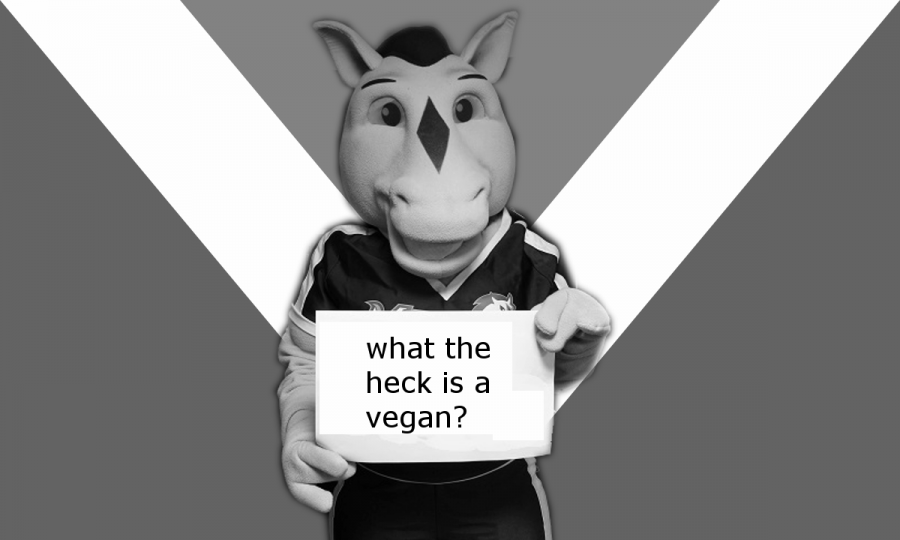 Looking back at my column from last week, I realized that I made a massive mistake after writing it; while I addressed the problems and flaws that affect students who do not eat meat and/or animal products, I didn’t offer any solutions for how Mercy and Lessing’s should go about solving them.

I arrogantly begged a Mercy official to contact me, but that was unrealistic and as a just said, arrogant of myself to think. So I’m back again to offer a few realistic solutions that can be implemented at Mercy College to help create a more suitable situation for the Vegan/Vegetarian Community of Mercy College. These changes will be dedicated toward Main Hall’s Hudson View Cafe, but these tips can apply to Victory Hall’s Cafe.

Offer a dedicated spot on the grill clear of animal products.

This is without a doubt the easiest change Mercy could implement overnight would be to dedicate a spot on the grill that would be entirely safe of any animal products. With the way it is set-up, if you’re ordering a vegetarian order, you will get none of the items being used to cook said order to be cleaned off. Instead, you will just have your order thrown right on top of the bacon cheeseburger that was made two minutes ago, and have it also cut with the same knife that has been used to cut every other order.

Not only does this give off an unsanitary feeling, but it’s also flat out disrespectful to students who choose not to consume animal products. It also gives off a major feeling of concern for students who might have a food allergy, if the times can’t even be taken to clean the area where the food is being prepared, why should a student feel confident enough to have it prepared safely and properly?

My solution would be to dedicate an area of the grill to students who fall into any of the brackets I’ve mentioned so far; while this admittingly would slow down the food-making process for the grill, it would be more inclusive to students who for reasons sometimes not even in their control, cannot eat meat, milk, eggs, and others.

Have vegan or vegetarian orders prepared in the back.

This solution is one I cannot guarantee of even being workable, but if the school were so against taking a portion of the grill away, another easy and realistic solution would be to have any “special” order sent to the back. Assuming there are grills in the back of the kitchens (which I think there would/should be,) this would make almost too much sense not to implement. With this, you would have all parties happy; meat-eaters get their food at the same pace, while V/V eaters get their orders in a clean and overall better way, knowing the bottom of their quesadilla isn’t being smeared with animal grease.

The biggest issue I see with this is the time it would take for V/V students to get their food; although, with the wait times already being ridiculously long, I don’t think we would mind this (I know for a fact I wouldn’t.) Another potential problem I can foresee is the exploitation of this from students who don’t fall into our group, but just want a potentially quicker order if the lines are too long. Overall, I still see this idea as being the best one, but how possible it could be, makes it an iffy situation.

Offer a vegan, vegetarian, and meat primary option at the Homezone every day.

When I say “primary,” I mean one of the three main courses you can choose (think of when Lessing’s has three different types of chicken.) If you really want to avoid the extra use of manpower which has disappeared within Mercy’s places to eat, keep it simple and just expand on the Homezone to have more vegan options. I emphasis vegan because while all vegetarians can eat vegan, vegans can’t eat vegetarian, hence why they deserve the priority in this situation. This would be a game changer for the V/V’s of Mercy, as we could give to Main with the guarantee that we‘ll be able to eat at least one item that isn’t a salad (which I’ve criticized before.)

I understand that a lot of this falls on Lessing’s, as they are the provider for Mercy College, but since the school still pays them, I still feel as a lot of these falls on the lap on the school itself. This would be another fantastic solution, as you would give a place where few students eat, compared to the grill, a new life as a place for students who choose not to eat animal products.

Have a committee of students who can keep in touch with the school whenever a problem arises.

This is something I’ve had in mind for a long time now. This idea would be that the school could form a small group of students that represent all students who are vegans, vegetarians, or have any food allergy that prevents them from eating normally. From there, this group of representatives could serve as the middle-man between the school and student body; while this is what the purpose of the Student Government, I believe I’d rather be represented by us, instead of people who may not potentially understand the problems and annoyances we deal with on a day-to-day basis. I think this would be effective for Mercy in the long term, as new problems arise, this committee of V/V would allow for them to be dealt with in a timely, fair, and realistic way.

If Mercy were to implement any of these ideas into action, I can guarantee it would not appeal to all of us as V/V, but it would just be the next step for Mercy has a progressive social campus; as more people around the world turn away from eating animals, it seems like the next area to go into to continue this progression. I believe this is a solvable problem, and for meat eaters, this wouldn’t be the end for them in any way; vegan and vegetarian food is still food, it’s not automatically bad because it doesn’t have cheese on it. These changes might not even go noticed by the meat eaters of Mercy, but for the rest us, it would mean a lot.