The State of American Soccer Heading Into 2020 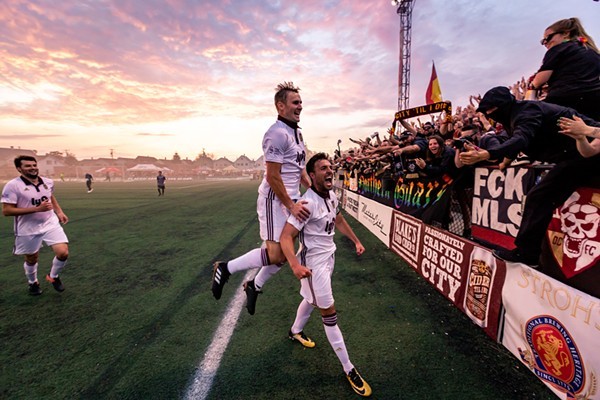 I am a believer in American soccer.

I have been for about six-ish years to this point. I follow the USMNT, USWNT, MLS, and the US Open Cup, and everything within that realm. NPSL, USL, whatever, you name, I love it.

Even my journalism career, including my first paid writing opportunity, has come from American soccer; I want to see a day where the United States can lift a World Cup.

But over the past year, several flaws have become ever-present, to where I can’t really avoid them anymore, which have not only hurt the product but as a fan, my interest in keeping up with the sport.

For starters, it seems obvious to point out that American soccer, for its various issues, struggles with personal identity the most.

Major League Soccer is a huge culprit of this. The league on the surface has no clue what it wants to be. It is not the Premier League, Serie A, La Liga, etc., but it also isn’t the NFL, MLB, or NBA either.

MLS suffers from trying to appeal to too many people. On one hand, you have clubs with the title “Football Club,” “United,” etc. This isn’t a bad thing for people familiar with European soccer that keep up with it. Where this becomes an issue is the league’s appeal to casuals.

But then you have things like playoffs and other elements present in American sports, which can turn off hardcore soccer fans. We also have single-entity, which I’ll discuss later.

Also, the rules within MLS are a massive turnoff for me, I’ve been following the league for years and aside from the Designated Player system, I don’t really understand half of the transactions and rules that follow it.

MLS really can’t win in this situation, and I don’t even know what to do. If the league goes back to “re-Americanizing” itself, you’ll see the hardcores watch the Premier League instead. If you keep appealing to the hardcores, you’re just hoping that over time that the league becomes a thing of cultural importance, which is a stretch to just hope for.

On fan culture, there is also this sense of ingenuity. Now, I admire the Green Brigade and other European soccer ultras, but there is something about when I see it attempted in MLS clubs, that just seems off to me.

When I go to NYCFC matches, I’m always sitting in the Supporters’ Section. When I’ve brought friends along, I tell them that the experience is a part of what makes soccer such a great thing to love.

While I don’t think I can list an example off the top of my head this second, I believe any of us could think of one of those cringey videos of American supporters (The Atlanta United one still haunts me.)

Whether it’s fans singing in English-esque accents or fighting with other fans, it makes us look bad.

Again, I’m all for supporter culture growing and being better. I also get why we look to other supporter cultures. If it works, why not borrow from it? But I think it hurts us in the long run. Look at college basketball and football; they have their own traditions, culture, and ways to express fandom that are unique and fucking awesome. I understand that we need time to pass for these identities to evolve, just mocking with Dortmund’s ultras are doing will not achieve that. 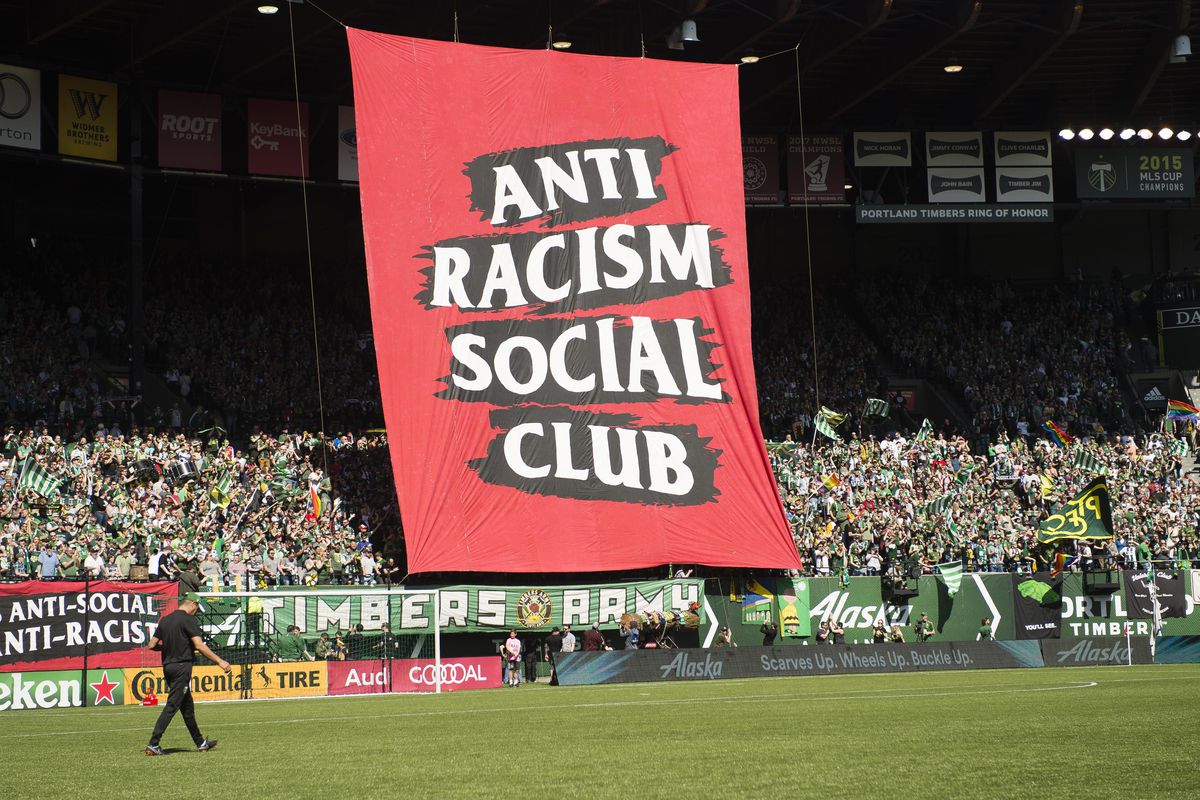 The whole banner saga really hurt my viewing of the league. To me, it made me think they’re only as woke as the dollar signs will allow them to be.

I will not lie, this was the incident that made me stop keeping up with MLS for a fair amount of time; I’d almost rather have the league be apolitical, then try to promote themselves as the “woke league” to garner more attention from younger fans.

Coming from someone who supports an expansion club, this may be hypocritical, but it feels so lazy.

Now, from a financial perspective, it makes so much sense. You’re getting these rich ownership groups who not only have to make an immediate down payment just to join the league but that they’re agreeing to be a part of an entity that could very well explode if the right things are done.

But from the way I like to view American soccer, as a fan, expansion doesn’t only bore the shit out of me, I also think it hurts lower league soccer more than anything.

With these clubs just popping up out of nowhere, with no real connection to the area they’re from. This hurts the sport. You have clubs like Detroit City or Chattanooga, who are great clubs that represent what American soccer should be about: the community.

Soccer is a game built for the working class. Perhaps this is the anti-corporate side of me, but seeing all the effort these lower league clubs do to stay afloat and be innovative, get overshadowed by “Charlotte Wanderers Queen City United Athletic Football Club Dynamo Flair United” can be deflating for someone who dedicates so much time to keep up with the lower league scene.

But then this further opens the issue: do you side with the supposed safety of supporting the more corporate MLS, or unstable, but more “real” lower league soccer?

I’d like to imagine that this is the least controversial opinion of all the things I mentioned, but holy fuck, the USSF seems like they have no clue what they’re doing half the time.

Along with it feeling like the USSF doesn’t care as much as it should, there is just no urgency anywhere. Since the disaster of missing out on the 2018 World Cup, I feel like the expectations have dropped so hard for American soccer.

I also have a great fear that there is no pressure to succeed. I believe in the talent of this upcoming generation, but with the current state of the USSF, I don’t know it we should expect anything other than what we’ve been used to.

They seem to give no care about lower league soccer, as seen through the US Open Cup being a shitshow that exists at this point just to push MLS teams, rather than celebrate the whole of US Soccer.

Also, single-entity, whether you agree with the MLS using it, sucks. So many of these lower league clubs have a genuine passion for growing the game, and to be stuck in the mud hurts the product, and devalues the point of supporting a lower league club.

As I said, I really care about this. I’m as big of an advocate for American soccer as anyone. It’s unique, fun, and a complete mess. But it’s our mess, which makes it that much more special.

Things will never be perfect, but until we address the issues at hand, we can’t expect them to get better.

Honestly, I enjoy the American soccer community as is right now. It’s small, tight-knit, and a little chaotic, which makes keeping up with it a ton of fun. But the current system and set up in place will never, ever, see the United States emerge as a soccer powerhouse.