Americans Who Don’t Identify Themselves as Americans 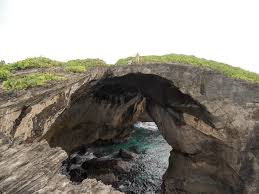 I was born in Yonkers, New York to Puerto Rican parents. I have never traveled outside of the United States. My dad is from the rural and mountainous municipality of Hormigueros where its name is derived from the Taino name “Horomico.” My mom is from the city of Arecibo, named after its “cacique” or native chief, Arasibo. Arecibo is also home of the famous Taino Indian Cave.

Growing up, I never knew what being Taino meant. My parents never talked about it and schools only taught lessons about some Native American tribes. My parents always taught me to respect my roots. They would expose me to Spanish music from their time along with contemporary music from the same language. My family would cook the traditional pastellilos and sancocho. Just recently, I taught myself to cook arañitas. My parents always told me that Latinos have two last names, even when the United States birth certificate only shows one.

I listen to all types of music. Spanish music is slow, romantic, classic and has a totally different mood no matter the instrumental music that accompanies it. Aside from Spanish music, I listen to R&B Soul, Hip-Hip, Rock and many more. I remember singing along with my friends from elementary school who speak Spanish. At the time, Spanish music was the only thing I listened to. When I was in middle school, my classmates exposed me to other genres, but my parents weren’t use to those genres so much. They never went against me for listening to those genres, but I realized during the end of my middle school years that those genres did not identify me.

Puerto Ricans and other Latin Americans use two last names on their birth certificates. The first last name representing their dad’s and their second last name belongs to their mom. Here in the United States, people have the option of using either one or two last names. I’ve heard of first generation Hispanic-Americans who are given two last names on their birth certificate. Either their parents came to the United States recently or care about their roots no matter the number of years they have lived here.

As for my Taino roots, I realized I had it over the years. I didn’t have to take some kind of ancestry test for me to figure it out. To me, my blood was calling me, telling me “You are Native American! Claim it already!” I discovered a store inside the Galleria in White Plains by the name Alter Native. From outside the store, I saw handmade items which I knew were part of the culture in Native American tribes. The first people of the western hemisphere were artisans who made their own jewelry, clothing and pottery. Some of the things Alter Native sold were mini turtle bobble heads, dream catchers, choker necklaces, incense sticks and burners. My family and I own these items and didn’t realize that the items were inspired and made by Native Americans.

I knew right away that anyone from Arecibo was Taino. The majority of the Puerto Ricans are white. I grew up thinking my dad and I were white while my mom was black. My family never acknowledged they were Taino and I still don’t understand why. I meet other Puerto Ricans and their skin tones are lighter than mine. Some have actually told me that they’re more white than me.

I start asking myself in this present day, “What is American?” I don’t think the term “American” means anything. This is the United States of America where those who are born here are U.S. citizens. America is North, Central and South America, not just the United States of America. Most people I meet are either multiracial or children of immigrants. People are either Mexican, Mexican-American, Aztec or so on.

My skin tone falls directly between the skin tones of many people in this world. I would listen to Spanish music all the time and only listen to other genres when I go to parties or different events. I eat traditional Spanish food and own Native American items. I consider myself and write my name as Sarai Acevedo Charon. I don’t identify myself as American. I’m Taino.