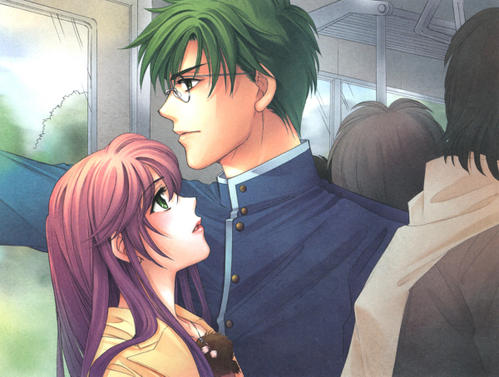 I’ve had a difficult time finding love. In a good way. Sometimes I don’t even think about looking for a guy to be with.

People always knew me as that girl who liked some guy. People had called me a stalker simply because I followed a guy around to get their attention and to hopefully get to know him better.

My affections started in 6th grade. J was someone who I fantasized as my favorite dance partner. C was J’s friend from elementary school who lived near me. C was a swimmer who was friends with both of them.

Then, 7th grade came. J was someone who I met at church. S, E and A were his best friends who had class together. They were in 8th grade at the time. Another 8th grader I crushed on was M who was a very popular athlete. Then, there was someone in the same grade as me named J who I considered as my teddy bear because of his name. Finally, there was a 6th grader older than me named I who lived near me.

I have referred some of them as my boyfriend. Well, they were single! Somebody had to claim them!

I was a strong girl who wasn’t afraid to be around people. I set limits for these guys. And for me. When I crushed on C who lived near me back in 6th grade, it only lasted for about two months. We had gym together and I wanted to spend time with him. One spring day, we had gym outside on the field. I followed him outside wanting to be with. A short time later, he turned around and walked towards me.

“Get the fuck out of here” was C’s reaction along with dirt thrown in my face.

Thank God I had my glasses on. It could have been worse. It was crazy how I didn’t notice the dirt he was holding in his hand while he was coming towards me. I would have run away from him sooner. That behavior was so low that I realized there were other flowers to pick out there or other guys to find I mean.

That was the first time C did something like that to me. He was friends with I back in 7th grade while my crush on I was growing. All three of us took the same bus together to and from school. One day, C took my glasses off my face and threatened to break them. Some other day after that, he broke my bracelet that my godmother gave me as a gift when I got baptized about two years before that. C never liked that I crushed on his friend, I, even though I stopped crushing on C long before that.

When 8th grade came, I left most of those guys in my past due to academic circumstances. There was one person who I was still crushing on from the previous year. My teddy bear, J was still the same old person he was when I met him the previous year. He had a small circle of friends, responded to anything I said no matter how annoying I was and his friends got along with me. I still didn’t understand why I didn’t crush on him as much as I crushed on the other guys. If we had been an actual couple, our relationship would have worked out.

Everyone knew that I crushed on a Chinese 7th grader named S. Another guy I crushed on was A as in Argentina and amazing dresser that he was. I crushed on J who I ended up dating in May of that year for about two to three weeks. Two weeks after we broke up, I dated another guy named J who I already crushed on for a short time. We only dated for about a week because we were getting too much attention from the whole school. That made our relationship really fast and we had a hard time building the love that should have formed after that one week we were together.

After living through different incidents with the guys I crushed on, I realized I fucked up. I remember my parents called me out on that after reading the posts and messages people sent me on MySpace. I had always been haunted by the things people told me about my crushing.

“No more focusing on putting on pretty lipstick and running around taking pictures of guys.”

“You need to pay attention to your work instead of pretty lipstick.”

That was some crazy transition to puberty. Fast forward to 11th grade and things seemed really different when it came to crushing on guys. I had just gone through a break up during the summer before school started. Starting that school year, I was worried about my future. College, learning to drive and working.

The first four months of the school year went really bizarre. The guy that broke up with me before school started was J and I was crushing on him. Why was I crushing on a guy who already broke my heart? I still haven’t got over him at the time. Coincidently, another guy I crushed on had the same name as him. He was a skateboarder and listened to mostly rock music. How did I end up there? The next two people I crushed on were the ones I ended up dating afterwards. I started dating C halfway through the school year, went to prom with him and went our separate ways when we graduated high school. D is my current boyfriend who I struggle up and down with for the past few years. I describe him as My World.

I know it sounds like a black book for swingers, but I’m blessed to learn and experience the things I like. I’m blessed to have certain people in my life. I did not let any guy bring me down no matter how hard I was rejected. I was that girl who thought long term and kept fighting. My parents told me so.