Trump: The Reason Why You Don’t Bring Up Politics at My House 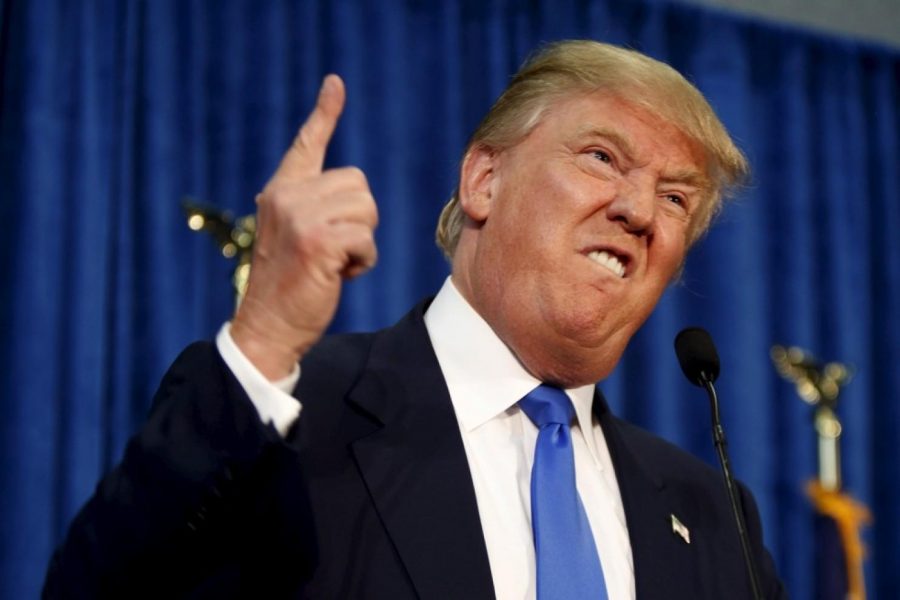 Donald Trump is no more than a glorified sock puppet. Watching the news and having to hear about the ridiculous things he’s said, literally makes my skin crawl.

Having Trump as president would be almost as bad as when Umbridge was head mistress at Hogwarts… almost.

Now normally I wouldn’t even be wasting my precious time to talk about this idiot, but a conversation I had with my father on Saturday morning spiked my hatred of this topic.

So it was a normal Saturday morning – I’m eating breakfast, Dad’s watching TV, Mom’s in the kitchen. Now I have to admit, I am somewhat to blame for what happens next. I should have known better than to bring up politics considering my mother and I are the epitome of liberal, and my father is a… wait for it… black Republican… *GASP*

So I’m eating breakfast and scrolling through Buzzfeed on my iPad when I ever so casually call to attention a headline I read about Donald Trump. My mom laughs and I say “What a moron.”

And what does my father say you ask…? He says, “Well I actually agree with some of the things he has to say.”

Excuse me? Have you slipped and fallen on your head? Have you been body snatched?

Even though my father is a Republican, I thought he’d have enough common sense not to align himself with anything Trump says. Silly me. Naturally what my father said sparked a huge debate in my house – my mother had words, my father had words, I definitely had words.

He fought vigorously to defend himself, but to no avail. He tried to explain how he doesn’t agree with everything Trump says, just some things. But all my mother and I heard was, “I agree with Donald Trump.”

I agree with Donald Trump. This is tough to process.

This feud went on for what seemed like an hour and ended how most political debates end in my house; my father shaking mad and red-in-the face, my mother walking away and slamming the door behind her, and me, laughing.

Moral of the story? Don’t bring up politics at my house.