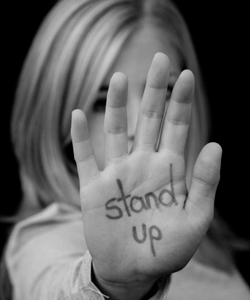 It is scary to think that what one person says can tragically effect another person’s actions. Bullying is a serious crime that unfortunately many people don’t take seriously. What do people gain by bullying another person? Does it make them feel like they have power and/or control? Does it make them feel better about themselves? I guess that’s an open-ended question.

A group of Jewish students from upstate New York in Pine Bush were bullied to the point where their parents filed a lawsuit against the school district. They believed that their children’s rights were being violated, and I believe they were as well. According to the Times Herald Record, these children were enrolled in middle school and was in the Pine Bush School District their entire lives. One of the children reported that he was violently punched in the face on the way home from a school field trip after admitting that he was Jewish. Some of the others had change thrown at them on a daily basis, and/or were held down against their will while they had swastikas drawn on their foreheads. The school district did not handle the situation properly, and only after the lawsuit was filed did the school district jumped in and try to handle the situation.

Your schools only took this report of discrimination seriously when the lawsuit was filed!

This incident really hits home for me because I am a Pine Bush High School graduate and I was bullied throughout my years there. Either because I am Jewish, because I am short or because I always tried to do the right thing, and apparently those are good reasons to bully someone. I was ashamed to talk about it when I was in school, but now I want to share my story.

My senior year of high school I decided to take a college level English class. Usually students who took honors English the previous years took this class, my sister took the class and she advised me to take it. The class was a lot of work. Essays had to be written every single week (which was understandable being that we were in a college level class), but the problem was that the teacher strongly expressed her opinion about the government, students and faculty in a very negative way. Everyday I would walk into the class and she would be going on a rampage about something negative, and she would continuously call students stupid or yell at them in a derogatory manor. Last time I checked, teachers should not be expressing that behavior in front of students. It was not a healthy learning environment.

In every class I would record the lectures, just incase I missed something in my notes I wanted to be able to go back to the recording and listen to what I missed. In English class one day, my teacher went on one of her rampages again, only this time, her rampage was recorded. I showed the recording to another teacher who felt obligated to tell the principle of the school. I was so scared to show the principle. I was afraid that there would be negative repercussions against me. But the school principle promised me that if I gave them the recording that they would protect me and that nothing bad would happen to me. Boy was that a lie.

I decided to hand over the recording, and surprisingly, the teacher was fired that day. That same night is when the bullying started. I have never been bullied so badly. My fellow classmates tweeted about me all night, death threats, hate tweets and people saying that they were going to make the rest of my high school career a living hell. When I went to the school administrators they did not really help me. They told me that they could not control what people do outside of school. The only thing that they could do was call them down to the office and try to convince them to stop, but because there were no consequences, the students did not stop.

Do people not realize that cyber bullying is illegal? Clearly the school didn’t. Even after I graduated, the students continued to bully me. I kept my head high the entire time I was bullied. I am now a college sophomore who will do big things. I won’t let the people who bullied me knock me down. They will see how there actions affected me, not negatively, but positively. I stood up to bullying and I strongly encourage others who are bullied to do the same. Bullying is a serious crime and I hope that everyone stands up for themselves, and for what is right.