Can I Have My Body Back Now? 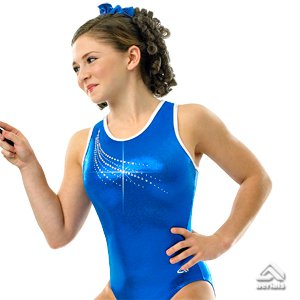 I have never had to worry, never the less, think about maintaining my weight or being healthy for that matter. Doing gymnastics for almost sixteen years of my life and working out twenty to twenty four hours a week since I was twelve years old made things very easy for me.

I wasn’t a bad eater, I just ate a lot all the time. The only “bad” foods that I use to eat where carbs, lots and lots of carbs. I was known as the carb-o-holic of the family.

Because I was the really the only athletic child in the family at the time, every one was jealous because I had such a nice body. Of course, because I was a very cocky child, I flaunted my nice features.

I definitely am regretting those days of flaunting my nice body and being the only one in my family with the ability to do that.

When I was a junior in high school, I had to quit gymnastics because I developed a terrible disease called fibromyalgia. Fibromyalgia is chronic widespread pain caused by overactive nerves in your entire body.

It is very rare for some so young to get this disease, but of course I was the unlucky one. Quitting gymnastics was the hardest thing I ever had to do. It was my everything, and my only thing.

Learning how to be a normal kid, was so much harder than one would think. For ten years, I had the same plan every single day, and did the exact same things. Stopping that routine definitely made my life crazy until I readjusted.

Not being as active as I was, I started gaining weight. At first, I never thought it would happen, but boy it did. It was and is now such a struggle to get the body I had when I did gymnastics back.

When I did gymnastics, I never focused on trying to be fit and healthy, it just came natural with the sport. So trying to get my self to enjoy working out and being fit is such a struggle.

I am however not going to give up this constant battle. Although it is very hard, I am trying my best to make being fit and healthy fun and enjoyable for me. I know that I will have to find that in order for me to stick with it.

I am not giving up the fight. I will be fit and healthy, and I will find a way to get my gymnast body back.