Let’s Put An End To Sexism 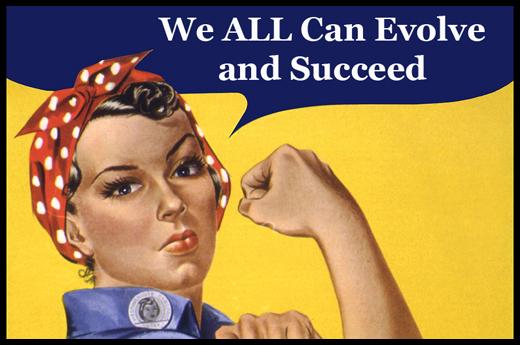 The world today has so many sexist men, then ever before. It makes me so angry to think that there are people in this world who truly think that women cannot do what men can.

Yes, it is proven then men are generally stronger and more agile then women, but that does not mean that a woman can not doing something than a man can.

I have proven that fact right so many times. I am a 4′ 8″ female, who has been able to just as much as a man, in many different things. I am so sick and tired of hearing people say that women should just stick to what they know.

I wish that someone would tell me why men think that women are like a different species from a different planet. News flash, women are just like men with different body parts and different hormones.

It is so unfortunate that society behaves this way, that it makes some women feel so uncomfortable doing different things. For example, I know people who refuse to go in the gym when there are men in there because they feel uncomfortable in front of them. Isn’t that absolutely pathetic? Mean while, a majority of the time, those women can probably lift and out run most of the men in the gym.

I am not saying that every single male feels this way. I know plenty of men, my brother for example, who treat women with so much respect. Growing up around three sisters, my brother knows that women are just as capable of doing things that men can do.

My brother actually uses the fact that he is sensitive with women to his advantage. Women don’t find sexist men attractive by any means, so when all of the women distance themselves from those men, my brother sneaks in with the sensitivity.

If all men behaved like actual gentlemen, we as a society would not have as many issues as we do today.

The percentage of rape that we have a year would drastically go down. Women would not feel insecure about them selves around men, and they would have pride in them selves and their abilities. Domestic violence would also not be as big of an issue as it is today.