A Dude Can Be My Best Friend 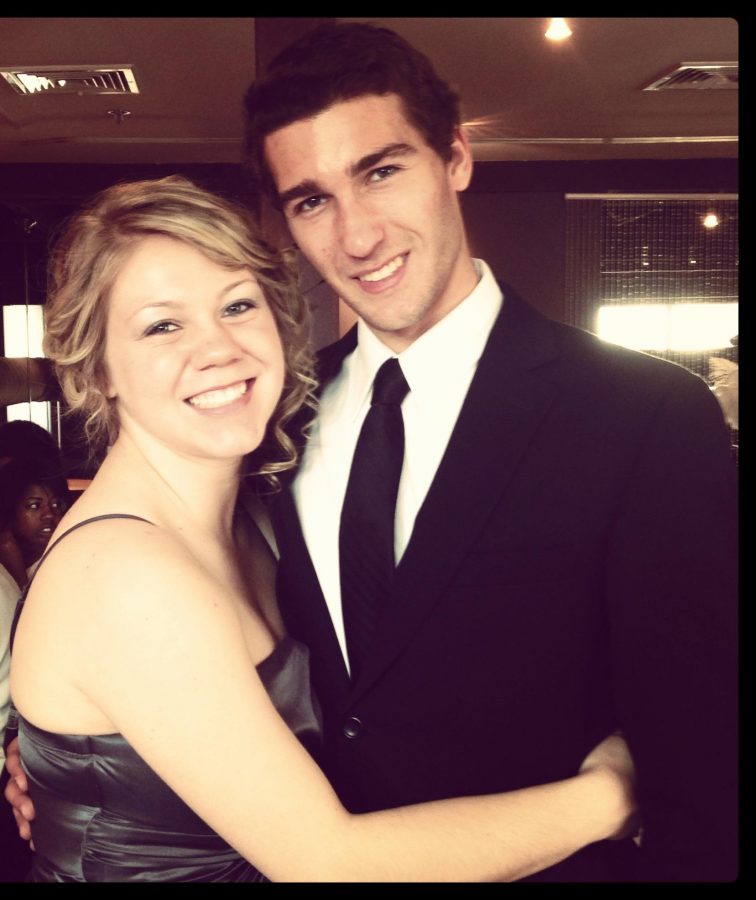 I was a tomboy.

I wore jeans and raggedy t-shirts I had acquired over the years. Basketball tournament and camp shirts, class shirts, and mission trip shirts.

I only had my hair cut once a year, and even after my lovely gay stylist spent two hours making sure my long golden locks were as perfect as Rapunzel’s, I kept my hair up in a ponytail for the remaining 364 days of the year.

If you walked into my room or bathroom, you would find no sign of makeup but instead would find a hair brush, about 20 hair ties, sweaty clothes from basketball practice, and my Underarmour and Nike sports headbands.

I was indeed a tomboy.

In middle school, I had two best girl friends and four best guy friends. There were two reasons why the guys outnumbered the girls when it came to friendship. One, girls were too dramatic. Way too dramatic. Two, being a tomboy made me connect with guys more. I didn’t like to shop or get my nails done, and I didn’t like to watch sappy romantic movies. I didn’t even like to give people hugs.

I remember one time I tried accompanying my mom on a shopping spree. After an hour or two, I was complaining and wanted to go home. My mom turned to me and said, “I wish you liked shopping with me.”

That comment stuck in my mind like a bee sticks to honey. Why didn’t I like doing girly things? Why did I not want to do ballet as a kid and instead played summer league baseball?

Guys looked at me as nothing more than a friend or little sister because of the lack of physical attraction towards me. Though there were many guys I had crushed on through middle school, they never panned out in my favor.

It lowered my self-esteem but also kept me in my safe, naïve bubble I had grown to love so much. I knew one day that would change. Once I took that next step into the world of dating, it would entail one thing for sure.

Furthermore, I knew once that next step was taken, there was no turning back.

My first relationship was in 8th grade. Chris, my number one best guy friend, (yes, I labeled my guy friends from best to least) asked me out. He was a freshman at Shenandoah Valley Academy, a boarding school in New Market, Virginia. I only saw him once a month when he would come home for home leaves but that was enough for me. I was content because he was MY boyyyfrienddd.

But there was an inner problem I faced. I realized that for once, a guy was actually attracted to me. Not just emotionally, but physically too. This guy wanted to hold my hand, cuddle in the movie theater and kiss more than watch the movie. He wanted to introduce me to his friends and sit together in church.

He wanted to be with me.

Internally I was overcome with nervousness, but my excited-ness outweighed that negative. Externally, it was the other way around. I couldn’t hold his hand or allow him to kiss me. The excited-ness succumbed to my nervousness and I began running at the sight of him. Literally.

I broke up with Chris a year after our relationship. You know, the one that appeared more like a friendship. To this day, we are no longer best friends. Actually, we are no longer friends at all. I’d call it acquaintances, to be generous.

I went on to high school and things changed completely. I moved to New Market Virginia to attend Shenandoah Valley Academy and because of that, I needed to make new friends. That’s where I first saw the extreme effects the change in me caused my ability to make guy friends.

For the first time in my life, I started dressing and acting like a girl. I began wearing makeup and learning how to flirt. I actually wanted to go shopping with my mom now. I was still a tomboy at heart though. I didn’t lose sight of who I was, I just knew how to be both the old and new me. I still wore jeans and my t-shirts from time to time, and wore my hair in a ponytail just a little less than I used to. I was me, just an ‘edited’ version of me.

It was increasingly difficult to find any new best guy friends because now, they all seemed to want more than just a friendship with me and couldn’t put their attraction towards me to the side.

I didn’t have many close guy friends my freshman year but my sophomore year, I fell back on track. I met my best friend, Andrew.

For once, I could dress like a girly girl, or slum it up in sweats and a t-shirt with my hair up in a messy bun and he didn’t care. He would tell me things straight up.

And I would smile and in an overly dramatic voice say, “Thanks best friend!”

We were honest with each other and that’s what mattered.

Then I began dating a guy that same year and that’s when the drama and complications came into play. Full throttle.

It was tug of war and I was the rope.

He thought Andrew had feelings for me. He felt there was something going on between us, which resulted in us fighting for months and months. I wasn’t fighting to get him to like Andrew, though I secretly hoped he would. I was fighting to keep both my friendship with Andrew and my relationship with my boyfriend.

It came down to an ultimatum: my boyfriend or Andrew.

Andrew and my relationship grew closer after that decision. He knew I cared about him enough to choose my best friend over any relationship.

The summer after the monstrous catastrophe of my breakup, Andrew sat me down and told me a piece of information that took our friendship through a loop. Andrew really did like me the whole time I had been dating my boyfriend, he just lied to avoid more problems.

So I wondered, maybe guys and girls can’t really be friends. Maybe guys are always going to catch physical and/or emotional feelings towards a girl. Or vice versa.

I never reciprocated those feelings towards Andrew but we managed to continue being best friends because he put his feelings aside for the sake of us. For many, having their best friend of the opposite sex tell you they like you puts a toll on your relationship. It takes you backwards a few steps, sometimes more than just a few. With Chris, we lost all of our history and friendship, but with Andrew, we worked through it. We had a special friendship and nothing could tear it apart.

Nothing changed. Until three years later, that is.

During my freshman year of college, I was in Lincoln, Nebraska and Andrew was in Washington State. I Skyped him and told him I had feelings for him. This time, Andrew didn’t feel the same. What I had once done to him by turning him down was what he was now doing to me. It hurt, but we were honest with each other and I put my feelings aside just as he did. Luckily, our friendship stayed the same.

We both were still physically attracted to one another but we found ourselves realizing that feeling those things are normal. Just as much normal as it is for a guy and girl to be best friends. I think at one point in time there will be feelings whether they are communicated or kept in secret.

How you deal with those feelings, attractions and complications is what determines how strong your friendship can be.

There’s a reason I became best friends with Andrew. We connect. We understand each other and when we don’t, we still respect one another. We laugh with each other and at each other. We are there for one another through the good and bad. Through hell and back, we stand tall together. We know the deepest of each other’s secrets and the embarrassing ones too. We celebrate together and mourn together. These things we attain are found in both romantic relationships as well as friendships.

So here’s a shoutout to my best friend, Andrew. Thank you for being you! Though we have gone through some pretty challenging rollercoaster rides, I wouldn’t have it any other way. I couldn’t ask for a better best friend.