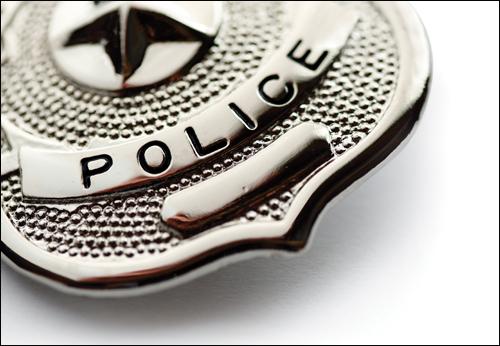 Last week, I was closing down this quaint Tarrytown bar I work at. It was about 12:30 in the morning and for a bartender, that’s actually a pretty early time to be locking up. I was turned away from the door counting the money drawer when I heard the door open. I spoke up in my naturally thunderous voice and said, “We’re closed!”

In the corner of my eye, I saw a dark bulky figure coming towards me in a fast motion. My heart began to race and the first thing that came to mind was “Get the bat, get the bat.”

Most normal bars would have security or pepper spray. Anything but a bat, but not us! We like to keep it classy and hold a blue and black metal bat behind the bar.

I’m the only female bartender at this bar so realistically, I can’t complain that we have some source of protection. If it came down to it, I’m not sure I could beat the living daylights out of someone three times my size, like the particular man practically running at me.

After what seemed like ten seconds, but realistically 3 seconds, I turned my head.

He was wearing all black, buff from the bulletproof vest and had a shiny gold badge.

As he swiftly continued in my direction, I realized I was actually more scared knowing it was a cop and not some random person trying to jump me.

The cash I was holding fell through my hands and fluttered through the air towards the ground like it would at a strip club.

“It was only one parking ticket!” my voice managed to quiver out. I was shaking as much as Cam Newton during the SuperBowl 50.

Thoughts rushed through my head along with my life flashing before my eyes.

He stopped in front of me but instead of reaching for his handcuffs, he held out his hand.

“I heard you were new here so I just wanted to come in and introduce myself. My name’s Brian.”

I sighed a deep breath of relief and shook his hand.

“I’m Laine. Glad to know I’m not actually getting arrested for that parking ticket.”

For all he knew, I was this cute little new redhead bartender that wasn’t a day older than 18.

But in reality, I’m a 21-year-old girl with a long list of 6 parking tickets in the last 3 months.

It’s not my fault, I swear. And believe me, I can’t say that often.

Sometimes I insist that the cops in my town are specifically on the lookout for my out of state license plate and like to ticket me for the hell of it now. I know that this isn’t realistically true, but at the same time, neither are some of these cops.

My first ticket was for parking in a “restricted area”. On the parking violation ticket, it said they had a photo to prove my conviction so I went into the police station and asked to see the picture. They showed me and what are the odds that it revealed I was doing nothing wrong. I went to court and plead not guilty and the judge reduced my ticket to $10.

The second, third, fourth, and fifth time I was charged the same way. Again, I went into the station and because they didn’t have a picture to prove my conviction, they let it slide.

The sixth time, I got a little testy with the cops. The huge blizzard that took place along the east coast a few weeks ago prompted the New York governor, Andrew Cuomo, to make a temporary law stating that no one was allowed on the roads until further notified.

With two feet of snow piling up on my car rapidly, I took my ice scraper out of my car and dug myself out.

Driving a Volkswagen is a wonderful thing because it’s small enough to easily parallel park into compact spots and its German engine makes me feel as if I’m driving a Jaguar. But when it comes to snow, it’s a different story. I hydroplane and get stuck in mountains of snow more times than not.

So, I decided to move my car out of my parallel-parked spot and into the only plowed area.

At 4:30 in the morning, a cop ticketed me saying I was in a restricted area, of course.

I went into the office and simply handed the ticket to the cop on duty.

“I’m not paying this,” I said. “You really ticketed me for parking in the only safe area during the blizzard?”

He looked at me, then the ticket, then back at me.

“Ok, I’ll take care of this,” he promptly said in the most intimating voice he could come up with.

This week I need to go back into my second home and deal with my 7th ticket. Will I have to pay this one? Probably.

But hey, you win some you lose some.