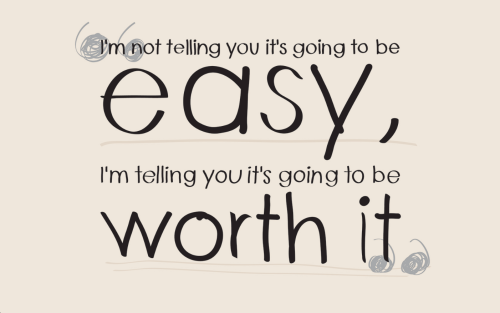 But the thing that I hate more than anything else is when someone undermines me.

I’ve always been a determined, fierce woman. I attack my ambitions like a tiger would its prey and when I set my mind to something, nothing, and I mean NOTHING can get in the way of me reaching that goal.

A little over a month ago, I was bartending when this man that had worked for CBS, ESPN, and many other top media companies sat down at my bar.

Being the determined young woman I am, I jumped at the opportunity to talk to him and try to get on his good side in hopes that something would come out of it.

You see, in this major more than any other, the best way to get a job outside of being a strong writer is knowing people within the industry.

So I thought to myself, “I need to give this man my contact information and form a connection with him.”

I spoke to him for a few moments and made sure he took my information before leaving.

Three weeks ago, I finally heard from him.

“Hello, It’s Mike (name has been changed), we met a few weeks ago at your bar. I’m open to talking to you about your future and maybe helping you out, but I can’t promise you anything,” he said to me.

I was in. I made a good first impression and now it was my time to shine!

I answered back, but as we were setting a time and place to meet the following day, things started to get a little weird.

Though I could sit here for days and tell you all of my pet peeves, like I began to earlier, I have to also be honest when it comes to the annoyances I have with myself.

One of my biggest setbacks is how I don’t listen to my gut instinct.

You know how people say that women have this “gut feeling” and it’s always right? Well, that statement couldn’t be truer.

Once Mike and I decided on meeting at Starbucks, he said something that sparked one of the many red flags that would soon transpire.

“Oh, and if you have a boyfriend, I hope he’s okay with us meeting. I don’t want to get you into any trouble,” he managed to say.

“It’s business, I am very focused on my career,” I answered, a little caught off guard.

“Why does it matter if I have a boyfriend? Was that really a necessary comment on his behalf? No, it wasn’t,” I decided.

But I shrugged it off, why? Because he was successful and had the connections I needed.

The next day, we met up as planned. I had my resume and some of my published writings all neatly placed in a folder, ready to be handed to him.

To my surprise, he never looked at them, but instead kept talking about himself, his past relationships, jobs, and threats to “ruin people” as if he were some media god. The more he talked, the more my head began to ache and the less I cared.

Instead of me trying to impress him, it seemed to be the other way around.

Whenever I tried to get in a word and lead the strayed conversations back to my career, he kept reiterating how he needed to get to know me better and trust me before looking into my work and introducing me to his connections.

It just didn’t add up.

If he wanted to get to know me better as a writer, he would’ve asked me about who I am as a writer.

The pieces started to come together and I was realizing that he might be more into me as a person rather than a writer. Maybe he was using his “connections” to just spend time with me. Maybe my blonde hair and blue eyes was what he was really drawn after.

Though my gut was telling me my instinct was correct, my brain convinced me to give him the benefit of the doubt.

Clearly, I’m good at persuading myself.

Four hours later, I found myself swallowing two Advil and walking towards my car, which just happened to be parked right next to his fancy BMW, which he also bragged about.

I ignored his pompous remarks and thanked him for meeting with me, then got into my car and left.

A few minutes later, his name popped up on my phone.

“You’re too pretty to be single. Anyways, I’m home now, it was nice talking to you today.”

Though I didn’t agree with the second sentence, I tried to play it off, because again, he was a connection.

But it didn’t stop there. He took it farther.

“I wish I was younger, I would totally date you… and it doesn’t hurt we are in the same industry.”

He continued, “Sorry if I’m being too forward. And I’ve just creeped you out. I’m gonna shut up now.”

This was the moment I truly felt trapped. I was certain at this point that my gut was right. This man wanted something emotional and/or physical from me.

It took me forty minutes to figure out how to reply professionally but yet stern.

“You didn’t creep me out, but we are in pretty different spots in our career, clearly. Besides age,” I responded.

Now, I was starting to get creeped out.

I politely told him I was busy with school and couldn’t.

A few days later, I received another text.

“We should get together and look for TV jobs.”

“And if you ever need a roommate, I’m always down.”

After that last text, I became infuriated. My blood began churning and I finally let loose.

“You originally reached out to talk about my future but then never asked me about my writing or aspirations, and instead questioned me about my boyfriend and being a ‘roommate’ so what are your intentions here?”

He proceeded to tell me how he really does want to read my writing and get to know me professionally before he took me in to meet with his connections.

“I’m sorry if I confused you, now I feel horrible,” he said.

I may not always go with my gut but I’m also not stupid. I’m not going to let a man try to take advantage of me and then brush his actions under the rug and make me feel like it was all in my head.

“If you wanted to get to know me professionally, then in those four hours you had, you would’ve asked me professional questions instead of if I have a boyfriend or not.”

I remember last semester when my professor told me that there would be times in my career when someone would try to take advantage of their authority, but I never thought it would happen to me this soon.

Though I am still finishing up college, I have also officially entered the real world when men will try to take advantage of a woman and think they are desperate and not confident enough to work their way to the top.

I’m not a toy, I’m not one to be taken advantage of and I have no problem working my way from the ground up. See, I was taught to work hard for what I want and know my self-worth.

So, to all the aspiring ladies, whether journalists or not, don’t stoop to that level. Don’t let a man corner you into giving up your self-worth to make it to the top because once you give that up, you’ll forever be in debt to them and will have nothing to show for yourself.

And to the man who tried to do that to me: don’t think I’ll forget the things you said, and when I prove myself as a writer, I’ll make sure you get the recognition you deserve.