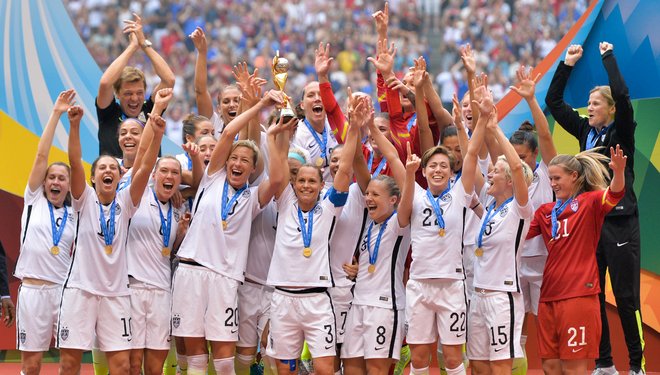 Its 2017… aren’t we past unequal rights between men and women? Guess not when it comes to the United States Soccer Federation.

As young athletes, our dream is to play professionally in the sport that we love. For the most part, playing professionally provides a stable income. Unfortunately, this isn’t the case for Women’s Soccer. Members of the United States Women’s Soccer Team (USWNT) are not paid nearly the same amount as their male counterparts – despite the women being the more dominant team.

Let’s take a look at the numbers.

Regardless of who their opponent is – FIFA Top 25 or not – the USWNT gets paid $1,350 for winning a game. Now that is only if they win. If they lose or tie a game, they get paid a whopping total of $0. Zero. Nothing. No money for them if they lose or tie.

However, let’s look at the men’s team.

The irony of it all, is that the USMNT has never had the same success as the USWNT has had.

Maybe the United States Soccer Federation should start putting more money and effort into the US Women’s National Team, as it seems that they are the only team that can put United States on the map when it comes to soccer.