Pulling On Your Heartstrings 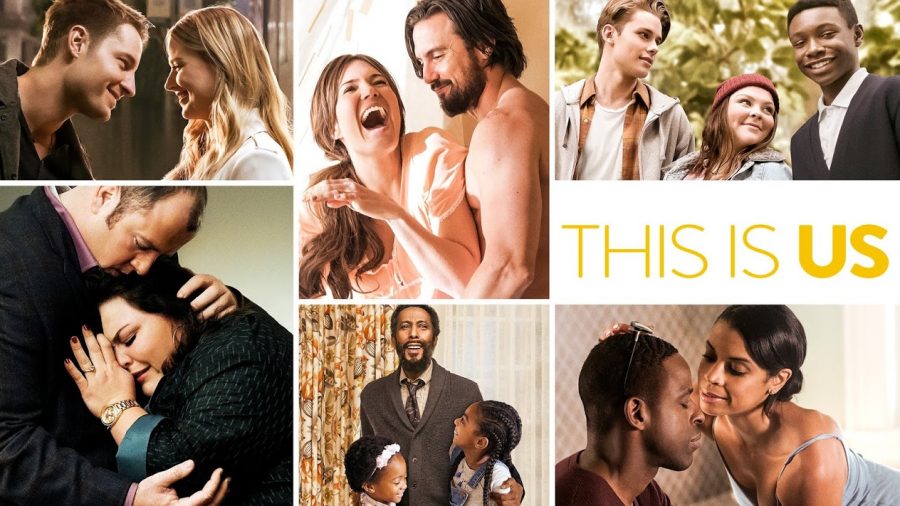 Over the past year, This Is Us has taken over the television world. People all over the country tune in to watch the heartbreaking, and emotional show that is This Is Us. I have been a fan since the beginning, however, I didn’t even mean to be. The day that the first episode aired in September of 2016, I didn’t plan on watching the show. However, after zoning out on whatever show I was watching before, This Is Us came on and I was drawn in from the beginning.

The show is about the Pearson family. Jack, Rebecca, Kevin, Randall and Kate make up the Pearsons. The show reveals the struggles that they face throughout their lives. The main struggle for the family, is the death of the loved father, Jack Pearson, played by Milo Ventimiglia. He has coined the term, “best father” and “best dad ever” by people all over social media. (I would have to agree, however, my dad still tops him). His character has captured the hearts of all across the country. With his clever wits and his relationship with his family, it would be hard to call him anything less than perfect.

Each episode goes back and forth between present day, and the past. In the present day, the family members are all older. Kevin, Randall and Kate are all grown adults. Rebecca, has now settled down and is remarried, to Jack’s old best friend, but that’s a different story. Throughout the seasons, we have all been waiting to see how Jack died. There have been hints throughout the episodes, yet we never were given exact clarity as to how and why he died.

During one of the previous episodes, while I was watching with my boyfriend, we immediately knew what was going to happen. Rebecca told Jack that they needed to get batteries from the store for the smoke alarm. After they left the store with their kids, we realized that they forgot to pick up batteries. That same night, the crock-pot in their house was left on and it glitched and caught fire. The fire spread up into the curtains and eventually caught the whole house on fire. It might be hard for you to understand the emotions if you haven’t seen the show, but I was crying already. No one had died yet, but I still couldn’t help it. I am too emotionally invested in this show. I already knew what was coming. That brought us to the next episode, the one after the Super Bowl.

So after the Eagles won and the trophy was handed out, I immediately told everyone in my house that if you weren’t there to watch This Is Us, then to please exit the room. Yes, it sounds extreme but this episode was that important. After a full tissue box was put in the middle of the room, it was quickly empty. The episode showed us the death of Jack Pearson. It showed us how and why he died.

The night that the house caught on fire, Jack was the first to notice it. He quickly grabbed Randall and Kate from their rooms and brought them all into one room where they then proceeded to exit the house by window. Kevin was not home that night so he was not at the fire. After they exited the house, they heard a dog bark and Jack ran back inside to save Kate’s dog. After going back inside, we saw the room that Jack went back into go up in flames. This made me think that he died inside the fire because he went back in. However, about a minute later, Jack came out of the front door with the dog. It was kinda poor filming in my opinion because if the whole house was on fire, how would Jack be able to get out of the front door. Anyways, he saved the dog and his family.

They continued to the hospital because Jack had some burns to tend to and inhaled a lot of smoke. This tricked me and everyone else watching. We thought it didn’t kill him. We thought that maybe he wasn’t going to die this episode, but we were wrong. While he was in the hospital, Rebecca went to the vending machine to grab him some food, and while she was gone, he went into cardiac arrest and died. I couldn’t imagine being in Rebecca’s shoes. She stepped out of the room for two minutes, and came back to find her husband dead. It breaks my heart just thinking about that.

The funeral and the spreading of Jack’s ashes just continued to pull at my heartstrings. This Is Us has gone down as one of my favorite television shows. With all the tears and emotions in it, there still is a lot of comedy and a good story line. The creators of This Is Us and NBC has done an awesome job with this show and I can’t wait to see where they go with the show.