Sheltered From My Own Home 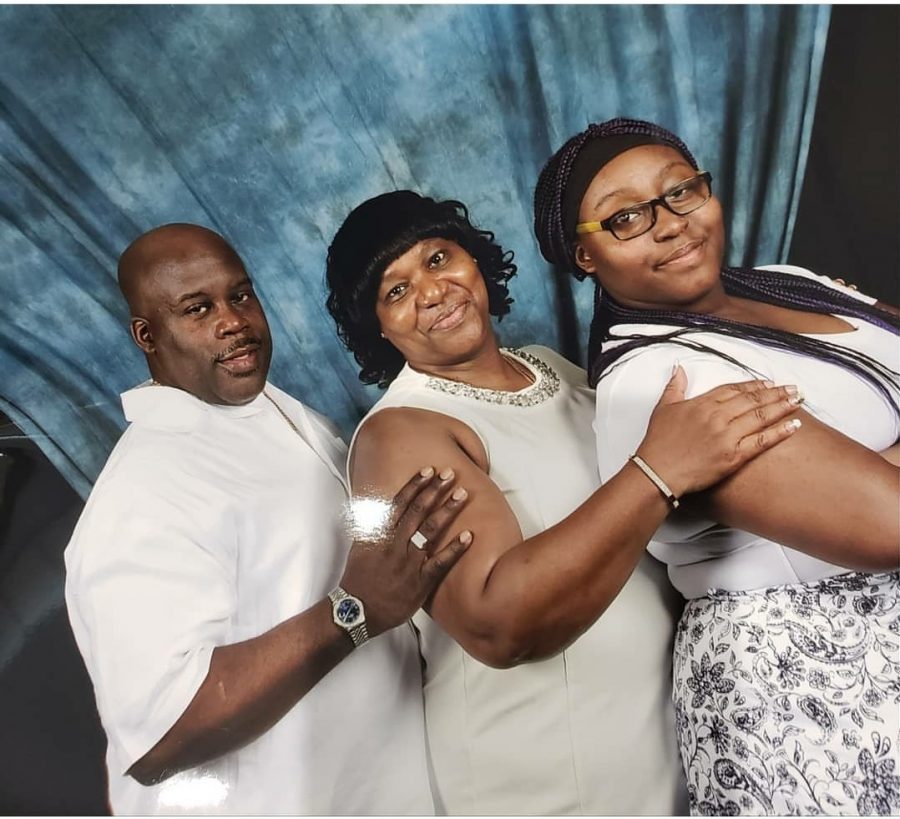 Growing up, I was always a sheltered child. My parents made sure I was always being watched, and that I was safe no matter what. Whether I was with my grandmothers or with my mother, I was never left unsupervised.

My mother is my best friend. We always did everything together. When I was little, I told her everything, but the older I got, the more I started to learn that there are some things that she does not need to know.

As you get older, you start feeling new feelings and finding yourself. I remember watching “The Little Rascals” for the first time with my sisters and wondering if girls and boys are supposed to just like each other.

I didn’t know anything about sexuality when I was little, I just knew that there was something different about me.

I was 7-years-old when I first met Diva. She was my first girl crush. Her mom was dating my cousin, Stephanie, so she was always around for family events. She was my best friend. We would do everything together. Little did I know all of that was about to change.

Before all of my older uncles passed away, they had a group called “The Wild Bunch.” The group would throw picnics in the park, host bus trips, and have dinner parties for the family. At one of the picnics, Diva and I were walking around holding hands and just having fun.

Diva and her mom were about to leave and we saw her mom kiss my cousin goodbye. Before Diva let go of my hand, she kissed me on my lips in front of everyone.

“No! No! No! Don’t do that!” my mother yelled at us and pulled me away from Diva. That was the first time I heard from my mother that “girls don’t kiss girls.” That was also the last time I got to hang out with Diva. My mother told Stephanie to stop bringing Diva around.

With positive also comes some negative. The more I started to learn about sexualities, the more I learned about my parents’ feelings toward the subject. I didn’t know about homophobia until I got to high school.

My mom and I would watch “RuPaul’s Drag Race” on TV during dinner, but my father had a problem with it.

“I don’t want to see men in dresses,” my father said every time it was on.

Both of my parents are very “old school.” Mom still believes women can’t wear white after Labor Day. Dad believes men do not wear pink. They both have made comments that forced me to shelter my true self from them.

My parents do not have a problem with gay people. I have a lot of cousins that are openly gay and my parents welcome them with open arms, but it’s a different story for me.

In my senior year of high school, I started dating a girl named Kali. She was my first official girlfriend. We were so happy together, even through the bad times. We just made everything work.

My mother has always been active in my school life. Her job is a few blocks away from my school. She became the PTA president and had a close relationship with the school staff. When people started to find out about me and Kali, we didn’t put too much thought into it. Everything was fine until my mother started hearing about it from people.

I started to bring Kali around my mother after school. We would all ride the train home together and my mother said that she liked Kali. That was, of course, before she found out Kali was more than just a friend.

Someone took a picture of Kali and I kissing and showed it to school safety, who showed the picture to my mother, and that was when everything went downhill. It’s crazy how the people that are supposed to keep you safe are the ones that put you in danger.

My mother and I were on our way home one night and she confronted me about Kali. We were standing in front of a TD Bank when I came out to my mother.

“You know what Mom, I like girls and yes Kali and I are together.”

I had never seen my mother so hurt before. She was silent until we got to the train.

“You’re not my daughter. I had four miscarriages trying to have a girl just to end up with another boy. You’re not a girl, you’re a boy.”

I could not speak. I just kept crying.

“And how do you think your father is going to feel about this?”

She was ready to disown me. I didn’t know what to say to her other than to lie. I told her that I would end it with Kali and that I did not like girls -it was all a phase.

She didn’t talk to me for three months, but she also didn’t tell my dad anything. Kali and I had to hide our relationship from the school.

When she started talking to me again, it was prom season. Of course, I wanted to go to the prom with Kali, but that did not happen. I ended up going to prom with one of my guy friends just to please my mother.

Afterwards, my mother looked at me differently. We have grown since then, but I can never be my true self around her.

When I went to college, I started my journey of self-discovery. After a few trials and errors, I have come to the realization that I am pansexual: I like people for their personality, not their gender.

While my mother is still my best friend and I can talk to both of my parents about many things, there are some very important things that I, unfortunately, may never be able to share with them. And that’s OK. I’ll love them regardless, and I can only hope that one day they may feel the same, in spite of our differences.