When Santa Stopped Being Real 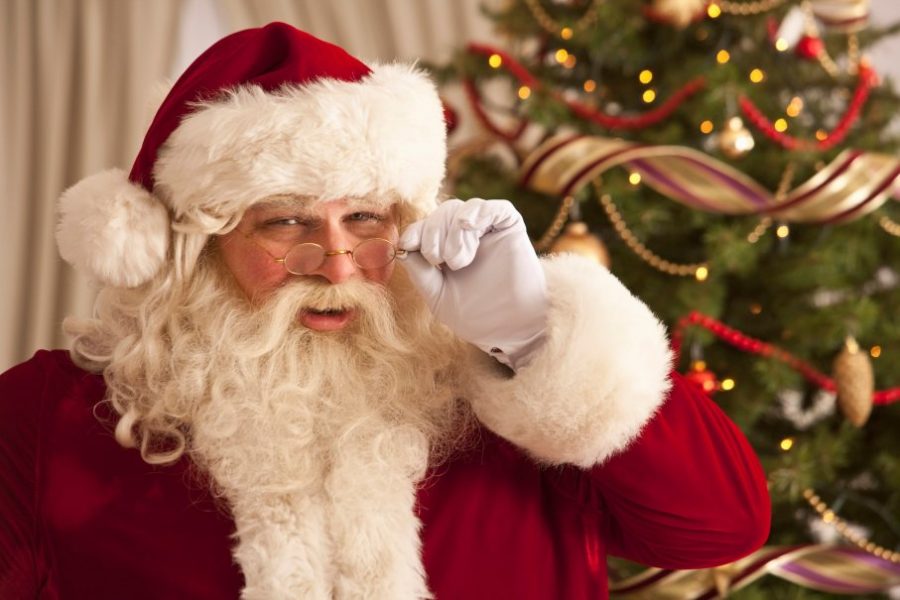 Oh how I love the holidays, especially because I get to experience the kids around me writing their letters to Santa Claus telling him what they would like for Christmas.

I remember when I used to do that.

It all stopped when I was 7.

Santa Claus, Old Saint Nicholas, Saint Nick, one of the most important imaginary figures on this earth.

He is notorious for bringing gifts to children and known for having a huge belly and a gigantic heart.

While snuggled in my bed on Christmas Eve, I tried desperately to catch even a wink of sleep.

Usually, kids stop believing in Santa once they’re “too old.” I was scarred for life when I learned the sad truth that Santa Claus is not real.

All I wanted was to grab something out of my room and what I got was way different from planned. Seeing my uncle squeezing his body into a Santa suit surely took me by surprise.

I can’t believe I never noticed it was him the whole time.

I immediately shut the door and tried to pretend I saw nothing, but it was just too late.

Sitting on his lap to tell him what I wanted for Christmas was never the same.

I remember running upstairs to my cousin’s house and crying to my mom.

She didn’t want any of my cousins to know who was really wearing the white beard and red suit.

It’s crazy now that I think about it. My uncle looks exactly like Santa. No wonder nobody noticed it was him the whole time.

He even sounds just like him and it’s freaking amazing.

I was sad about it, even though I knew deep down he wasn’t real. I wanted to keep the magic of Christmas alive so I continued to tell myself that he was.

As I look back at the story of Santa Claus I can’t believe I believed all of it.

I guess kids really believe anything. I realized the Easter Bunny and Tooth Fairy were actually my mother, years after finding out the truth about Santa Claus and I was sad all over again.

I mean, he fits down various narrow types of chimneys. I live in the Bronx, there are no chimneys. So how the hell did he get in my house?

Quickly yet quietly, he sneaks in and out of houses, leaving only gifts, milk stains, and cookie crumbs as evidence of his presence. I finally put two and two together. My mother was the one drinking the milk and eating the cookies. She is one sneaky son-of-a-gun.

Fulfilling the dreams of millions of children is not an easy one. It requires many trusted helpers. These helpers include parents, grandparents, brothers, sisters, and of course, elves and reindeer.

Reindeer play an important role in the scheme of things. Without the famous Dasher, Dancer, Prancer, Vixen, Comet, Cupid, Donner, Blitzen, and Rudolph, Santa would not have any transportation. How we’d believed that he could get that heavy sleigh around the world in hours is beyond me.

Santa is Christmas though, he changes the significance of the holiday. Even if he is a myth. He is THE myth.

He gives children an escape from the harsh reality of today’s world.

He gives kids something to believe in when there is nothing really to look forward to. Santa Claus is a savior for many kids.

The look on the children’s faces when they awake Christmas morn fulfills not only their hearts but the surrounding people. This is the true meaning of Christmas, and without Santa Claus, it wouldn’t be the same.

So yeah, I don’t believe in Santa, but I believe in his significance to Christmas. I will definitely make sure my kids believe until they are too old to believe.

I hope everyone has a great holiday. I hope kids continue to believe in the jolly man that is Old Saint Nick.

Merry Christmas to all, and to all a goodnight!