Amber From The Block 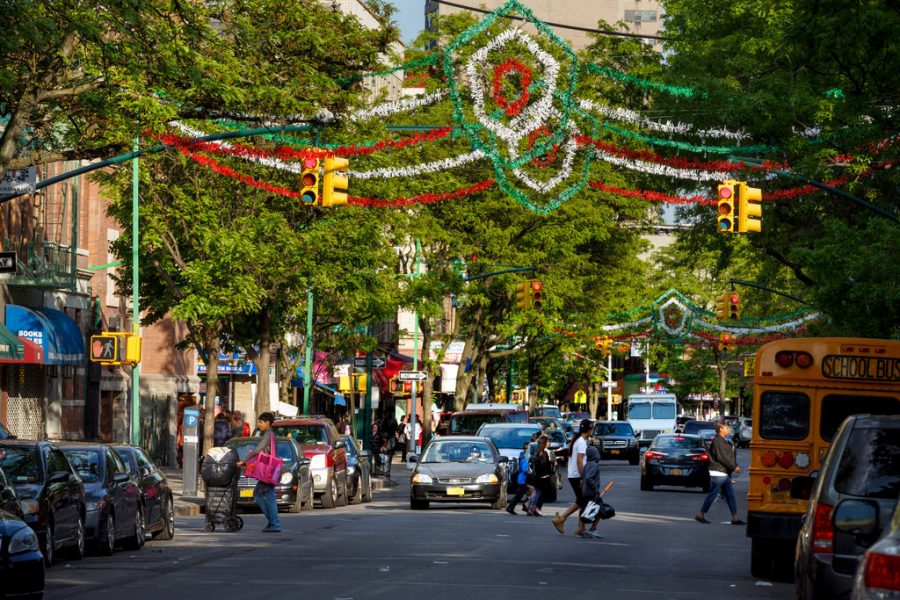 I love being from the Bronx, you know what they say, home is where the heart is, and where the hood is.. or something.

I may have been raised in the hood, but the hood doesn’t define me.

I think that’s what most people don’t understand, they think just because you come from the hood, you’re automatically a “gang banger,” “ghetto,” or poor.

Most of the Bronx is made up of lower-income neighborhoods, the hood, if you will. I grew up in one of the most famous hoods in the Bronx.

Belmont, also known as Little Italy, you may have heard of it, you may have not. I told the history of it, but it was nothing like that when I was growing up.

Belmont was once named one of the greatest streets of the Bronx, it’s now one of the most dangerous.

There’s all different kinds of hoods. Super dangerous hoods, poor but still nice hoods. Dominican hoods, Albanian hoods, you better not step on my J’s hoods, “watchu lookin at” hoods, run yo’ pockets hoods, or if you come from a hood like mine, it’s probably all of the above.

From the outside, it’s easy to chalk up everything that goes on in our communities as dangerous and senseless. From the inside, there’s a more nuanced picture.

Being a young mixed girl from the hood may have its cons, but it has taught me many lessons that aren’t all negative.

Growing up in the hood taught me the most fundamental characteristics to my success, but also taught me things I’m still needing to ‘unlearn’ to reach new levels.

It taught me the extremities of human nature when pushed up against the wall, both good and bad.

It taught me the severity of my daily decisions when I don’t have a safety blanket or an uncle who can pull strings to bail me out.

It taught me how to protect myself, but I also have protection from those who know me.

Growing up in the hood taught me a lot about money, and what it can do to someone.

Money is not the root of all evil. Not having money is.

I’m not saying that people with money don’t cause harm, but they cause less of it. There are purely evil people in the world, but most crime, especially violent crime, is committed for financial reasons.

It’s hard for minorities to get actual jobs, so sadly they have to make a living another way, the illegal way. You have to provide for your family one way or another around here.

Things could always be worse though, that’s another thing I learn,

My home situation wasn’t great but it wasn’t horrible, I had a pretty good childhood and although my family struggled, my siblings and I never went hungry. My mom didn’t always work, but she took temporary work when she could and made sure we were good.

Life wasn’t great, but I had to learn to look at those around me to see that it could be a lot worse.

So growing up it was always important to have manners and respect those around you, because it brings you respect. Everyone is known as something, sometimes it’s negative, other times it’s positive, but no matter how much you mind your business and stay to yourself, those in the hood will always know you.

Not everyone makes it out the hood, I learned to play my cards right so that I can get my family and I out.

Like I said I’m proud of where I come from, I’ll never be ashamed, but I don’t want to be part of the group of people who stay here for the rest of their lives, and continue the cycle.

I would rather it just be a distant memory, a memory I could share with my kids in the future when they ask “mommy, what was it like growing up where you’re from?”

It made me realize that my upbringing doesn’t determine my future. That what and who I was around wasn’t all that I can strive for. I can be better, do better, and I will do better, I will be better.

But no matter where I am or who I become, I will always be just another kid from the hood, you can take the girl out the hood, but you can’t take the hood out the girl.

Just like J Lo said, I’ll always be Amber from the block.