The Dangerous of Getting Plastic Surgery 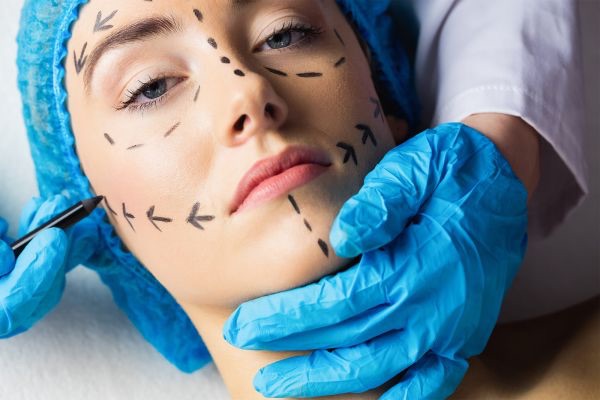 There has been a point in your life in which you have looked in the mirror and didn’t like what you saw. Everyone has something that they don’t like about themselves physically and would want to make drastic changes to that specific flaw that they grew up not liking. But I am here to tell you that your first option shouldn’t be to get plastic surgery. Now a days, it’s very common for people to change the way they look by getting cosmetic surgery just to please everyone’s definition of what perfection should look like.

Plastic surgery is the process of repairing and reconstructing parts of the body to change the way someone looks physically. Getting surgery is not something to joke about, it causes life long damages to your face or body and it may hurt you rather than help you. In many cases, the results may not satisfy what you wanted and you may end up looking very different to what you expected, I mean it in a bad way. It is also quite expensive and it can get highly addictive.

The pressure to look perfect, comes with many risks and it may cause severe case of side effects. Before you make a choice you should know the side effects of going under the knife. With a person doing multiple surgeries, a lot of complication may occur. The most common risks are nerve damages, infection, blood loss, organ damage and swelling. Now, who would want to go through that trouble to risk getting one of these effects. Damaging your nerves can lead to paralysis and losing a ton of blood can lead to death.

The surgery itself may not even be risky part instead being under anesthesia can have its own consequences. Anesthesia complication include lung infection, stroke, heart attacks and even death. You may not see or even feel these consequences but the later affect will come at play and it will start to be noticeable. The side effect can cause disfigurements. Getting surgery can also cause physical pain such as back pain and bruises. You are putting yourself at risk once you decide to get surgery.

Getting surgery will also leave enormous scars that will stay there for the rest of your life. During and after surgery, people feel excruciating pain from the procedure. A article that I read a few days ago explained how a mother went to do a face lift and after many surgeries it left her with a nerve damage to one side of her face. The human body or face were not meant to be stretched or have it opened and stitched for a numerous amount of times.

When someone decides to go under the knife, they already picture themselves feeling satisfied with what they wanted but I’m sorry to disappoint. It sometimes doesn’t go as planned and it may not turn out the way you wanted. People change the way they look to make themselves look perfect but in the efforts to trying to be perfect, things can go wrong. When it comes to surgery, things usually don’t go as planned and you might end up not liking the results. One in five people feel disappointed with their results.

Woman who undergo breast surgery may experience asymmetry problems which isn’t what anyone would want their breast to look like. Over the years they will notice that their results will start to decrease and they will look nonhuman. You’ve probably already seen pictures of people who have gotten surgery look older than what they are and unrealistic. In my opinion that’s probably not what someone was trying to aim for. It’s a surgery gone bad.

Many young adult like us are still growing up and developing but it’s at this time that we feel as though our appearance isn’t good enough. Many teens now a days are exposing themselves and putting themselves in danger by going under the knife and making changes to their body and ruining their bodies at a very young age. Physical appearance has been shown to be the biggest predictor of a teenage self-esteem.

Children at a young age are already taught to praise beauty especially female who in fact are the biggest consumers of plastic surgery. They are forced to believe that way because it was embedded in them that perfection is what they should aim for and its how they are supposed to look. A article in New York Times said that the number of cosmetic surgical procedures performed on youths 18 or younger have tripled since 1997. Teens are developing during this time period, so it isn’t right to have them do changes to their bodies at such a young age.

Plastic Surgery can be very expensive.  The most popular surgeries are Botox, liposuction, eyelid surgery, nose job, face lift, and breast implants. There were 16 million cosmetic procedures in the US in 2014 and in 2013 and American were once spending more than $7 billion on cosmetic surgery. A money that could have been used to help other people or even used for basic needs. Each surgery varies on the amount of money spend depending on how long it would take or how difficult it would be to do the surgery.

You can get very addictive to plastic surgery. Those who aren’t satisfied with their surgery get more and more until they feel as if they have accomplished perfection. But in the end, it may cause you not to look human anymore and may cause severe damage to your body and skin.

For example, Jocelyn Wildenstein who is a famous celebrity known mostly because of her plastic surgeries. She has done so many surgeries to her face to the point where she no longer looks human. I’m sure you’ve heard of her or even seen her face. She’s the woman that looks like a lion, yeah well she spend about $4 million dollars to look like this.

Another example is Hang Mioku who was a model and became very addictive to plastic surgery. It came to the point where doctors would refused to make surgery on her so Mioku took it upon herself to do her own surgeries. She injected an entire bottle of silicone before she moved on to cooking oil injections. Her face is now swollen, scarred and disfigured. She is now 48 years old and wishes she can have her old face again.

Cosmetic surgery isn’t safe, it might not turn out the way you wanted and changing the way you look to be “perfect” has its risk and dangers. Not to mention, it is very expensive and highly addictive and in many cases, it may lead to death. Cosmetic surgery changes you drastically and doesn’t really reflect who you really are. To become perfect shouldn’t be our first priority in life. We should love our imperfection and flaws.

Changing the way you look physically won’t make you perfect … just plastic. Many people are changing the way they look without realizing that they are perfect in their own way and should accept the way they look as well as accept the features they were born with. Now, of course if there is a problem that you are being faced with and must turn to plastic surgery to fix it, by all means please do. I’ve heard people say they had trouble breathing with the nose they were born with, in that case they got a nose surgery which is perfectly fine.

This article was meant for you to rethink about your choices and be happy with the way you look without going through damages and consequences. Don’t turn to plastic surgery in order to fix a flaw that society made imperfect, instead show them that it doesn’t bother you and that you are proud of they way you were born.