10 Songs That Have Their Own Dance Moves 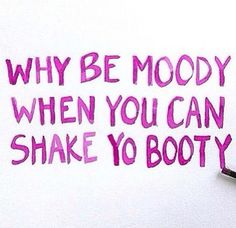 These songs make it easy for you to dance. It requires no memorization because once that music comes on, you know what to do. It’s as if your hips are leading the way to the dance floor. It’s okay if you don’t know how to dance because these songs either talk you through it or it’s easy enough that it doesn’t require much effort. They are played constantly on the radio and at parties, and they make it hard not to want to get up and dance. Here are 10 songs that have their own dance moves.
1) “Macarena” by Los del Rio

Every hispanic grew up with this song, it’s like their national anthem but with a dance routine. Not many realize that the song is about a girl cheating on her boyfriend and the singers are telling you to dance like her. Even if people don’t know what the singers are saying, they will always do the Macarena because it’s so catchy and it will never stop getting old.
2) “Gangnam Style” by PSY

No one listened to Korean music before this song come out and even to this day we don’t know what he is saying besides “oppa Gangnam style” and then we go straight to the dance. We don’t need to know what he is saying because the music itself is enough to have everyone on their feet. The whole dance routine looks like someone riding a horse but it’s so good that you don’t care how you look when dancing to this song.
3) “Crank That” by Soulja Boy

This had to be the song of the early 2000s. It was everywhere and parents were confused as to what their children were doing and imitating. But they didn’t understand how incredible one can feel after doing the Superman move, you really felt like you were flying. The song is incredibly catchy and even better with a dance routine to go with.
4) “Y.M.C.A.” by The Village People

This is probably the easiest song to dance to on this list. You basically imitate the four letters with your hands while screamimg the letter as you are doing it in order to get the dance right. That is all, it’s so simple and not much to it. I once had an Elmo doll that danced to Y.M.C.A. So if Elmo can do it, so can you.
5) “Asereje” by Las Ketchup

This has to be my favorite on this list. I grew up playing this song and doing the dance moves with my sister every single time we heard it. I heard it at every party that I was at when I was younger. This dance should remind you of cleaning dishes or a DJ making a remix noise. It was so popular that the singers made an English version and was in a numerous amount of movies. It’s my favorite dance move to make because you are shaking your hips as you are moving your hands.
6) “The Twist” by Chubby Checker

Okay so no one does this move anymore. As a matter a fact, no one listens to this music anymore (except me, I listen to this music) so I had to put it in this list. This dance requires you to move like you have ants in your pants or a wedgie you are trying to fix but it’s so fun and easy, you just do as you are told. You do the twist, you twist until you can’t twist anymore. This dance officially makes you lose 400 calories by just twisting. So twist away.
7) “Watch Me Whip/Nae Nae” by Silento

When this song came out, everyone had to do the whip and nae nae. Friends would teach you how to do it properly because apparently there is a specific way of whipping and nae nae. You can’t just put your fist out, you need to stomp your feet and tilt your head then go swaying back with your other hand up in the air moving back and forth. Repeat until you are tired of doing the same two moves.
8) “Single Ladies” by Beyonce

How can I make a list of songs without mentioning Beyoncé? This one was a big hit back in 2009 and it remains to be a big hit in 2018. It’s a national song for all the ladies out there who are single and want a ring on their finger. Although this song was meant for single ladies to dance to, you can still spot a few men doing the dance at baseball games and at parties because why not. Flip that hair, point at that finger and put a ring on it.
9) “Cha Cha Slide” by DJ Casper

This is the second to easiest dance ever because it basically tells you what to do throughout the song. There is no way you can get it wrong. Yet, I’ve been to parties where people will slide right when it clearly said to slide to the left. It’s always a big hit at parties. Everyone will stand up out of their seat and start dancing to this song even the ones who were sitting the whole time. It’s fun watching people follow along to the instructions of the song.
10) “Thriller” by Michael Jackson

This song is constantly played during Halloween but it doesn’t stop us from breaking out into a dance every time we hear it. The Halloween parade in NYC always a constant group of people to dance to this song. I love it when everyone is in the same pace, doing the same expressions and moves. It makes it 10 times better. When this song comes up, you have completely turned into Michael Jackson and will in fact start dancing just like him.