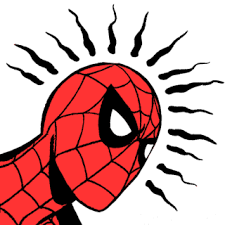 “Something is wrong… but what? Am I forgetting something?” The woman thinks to herself as she doubles checks everything in her bag.

She makes sure all the oven knobs are off and checks the windows.

She goes to the bathroom one last time and when she comes out; the feeling is gone.

It’s over. No more weird, off, bad feeling of something being wrong.

She takes a deep breath and smiles at her husband, they leave the house to go to the hospital for an appointment.

It is a bit into their drive when they come upon it.

The reason for the bad feeling that kept the woman in her house, wasting time for what seemed like an unknown reason.

A major car accident, two cars involved, no cops there yet, no ambulance or firefighters.
It’s fresh and recent.

They continue to pass it and as they pull up to the hospital later, an ambulance passes them. The couple assumes it’s going to the accident.

Later, they found out an elderly couple in one car and a young woman in the other were all killed in the accident.

It is almost like some superpower that my mom, the pregnant woman from this story, just knew she couldn’t leave the house.

Is she psychic like mothers joke about? Did she get some weird secret message from God?

It’s that crazy sixth sense that some people just have, where we just know we shouldn’t go somewhere or shouldn’t do something until it feels safe or right.

We all have gut feelings that we can either listened to or not and deal with the outcome of that choice, but for some people, it’s like a memory just out of reach.

My family has a very weird history with the sixth sense, where the firstborn and the third born can sense these weird memory feelings and sometimes see or feel something that is not there.

My sister and uncle can see things like ghosts and could describe to you a full profile of what the ghost looked like.

My mom and I can only feel things and occasionally see ghosts.

My mom told me the story of how when I was born, they wanted to do a procedure, but my mom was VERY against it.

Absolutely not. Wasn’t happening. She pleaded that they don’t do it, they didn’t listen to her and tried to go through with it, anyway.

The machine turned on for a second and then just broke.

They tried the turn it off and on again, unplugging it and plugging it back in.
Nothing.

My mom swears that she saw her grandmother who died seven days before I was born, touch the machine and made it stop.

She also has said she has felt her grandmother hold her hand in hard times.

One of the weirdest things that have happened is when my mother was seven years old.

My mom knew she would have me, she just knew I would be the first one.

My mom was furious.

How could she say that?

How could she know she would be dead before she met me?

Nobody knows how or why some people have such an intense sixth sense, that they can predict their children’s birth order, a bad omen, or possibly their own death.

We just know that whatever is to come, we should listen to it and be on the alert.

I have walked into rooms and immediately turned around and left.

My uncle once went to shake a person’s hand and felt such an overwhelming bad aura, that he just went “no” and walked away.

I could walk into a place and just be like nope. I have woken up in the morning and felt so much fear of leaving that I have canceled plans or stalled them until I felt the feeling go away.

My mom and I have looked at each other in the eyes and telepathically have told each other should go!

The feeling of the sixth sense is so intense that you can’t ignore it, it is like trying to fight a wall sometimes that you can either wait it out for the wall to fall on its own or risk whatever it’s saving you from.