She’s Not My Twin, You’re All Just Racists 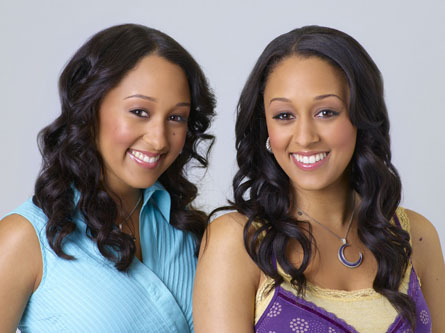 Since the very beginning of the semester I have been told a very plentiful times that I have a twin walking around campus. “OMG Tiff, you have a twin! She’s a freshman, she has the same hair the same face, the same everything as you”… I freaking can’t with this reoccurring statement.

I do not have a twin. I have an older sister and a younger brother. At no point did my mother ever give birth to a set of identical twins or any set of twins for that matter. Not only is this pretty insulting, but my “twin” has been subject to harassment by people who ditty bop around campus yelling my name at her until she finally turns around shouting back to them “My name is not Tiffany!”

There were only a few things that crossed my mind when I heard this.

There is no one who looks exactly like me
This girl must be incredibly fabulous
I have to see this for myself.

Upon finally meeting my supposed twin I have to say I was surprised. She looked absolutely nothing like me. That’s right, I had hoped to find some one who would be my spitting image and what I found was not at all what I was expecting. This girl was shorter than me, built slightly heavier in the shoulders and lighter than me. To make matters even more interesting, She is half White and half Black. Ladies and gentlemen of Mercy College, I am Latina!!!

The only thing I had in common with this girl was that we have the same haircut, but wait, here is the kicker… there are millions of women with layers. If having the same haircut as another girl means we look a like, then Jennifer Aniston is my freaking twin too.

I made it a point to properly introduce myself to this girl, who I won’t name because I didn’t ask her permission. We sat down and talked and she is indeed a really nice person. However just like I thought, we are like night and day. She could not be more different from me in personality but when you actually look at her face, not her profile or the back of her; we look nothing a like.

I have realized that the people who say that I look just like this girl, both white and black, don’t realize how ignorant they sound. All brown people do not look a like; in fact we are all very different. We may look similar but that is entirely different from saying we are exactly a like. Being called twins not only bothered me, it bothered her. She didn’t understand why people couldn’t get over the fact she wasn’t me. What people who make the stupid twin joke over and over again don’t realize is that they actually come off pretty racist for grouping us.

When I finally met her I took it upon myself to apologize to her for the harassment that she received in the beginning of the year because of me. We laughed about it and now its kind of this on going prank that we pull on people who are too ignorant to know the difference between us.