Yik Yak Is For Losers 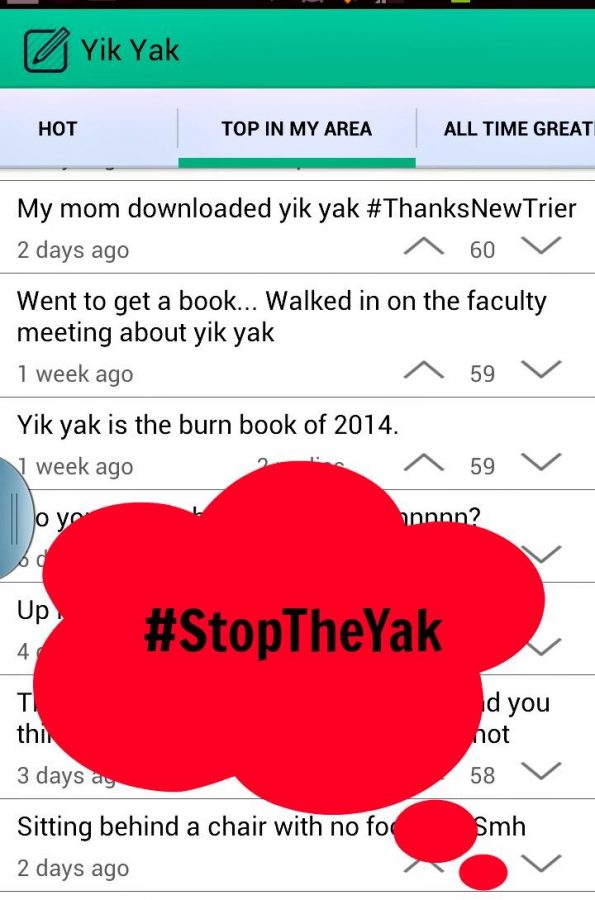 Just a day ago I was sitting in the library with a friend of mine and couldn’t help but be annoyed at the number of freaking Iphones going off due to Yik Yak notices and updates. As if having noise in a library isn’t bad enough the noise was followed by annoying giggles, gasps, and whispers. I asked my friend what everyone was freaking out over and her reply was an awkward name that sounded like a game that toddlers play in the south “its Yik Yak”. First off what the hell is Yik Yak? This is how I know I am getting old or that I may very well be living under a rock because I had no idea what this was but thanks to the internet I am not fully informed.

Yik Yak is a social media app that puts a spin on twitter by allowing users to post anonymously. It works by combining the technologies of GPS and Twitter. Before loading messages, the Yik Yak app determines your location and groups you into pockets of 1.5mile radius zones. Within these zones, anyone inside the radius can post and read other peoples “yaks”. Yik Yak is effectively an anonymous bulletin board. The developers use a technology called geo-fencing to avoid as much cyber-bullying as possible. This is all a bit funny to me because I have only seen people be incredibly malicious through the app. It literally is a way for people to post vulgar things about others without having to worry about being punished by it. I think that this app is anything but great, it is heinous and I see much more harm coming from it than anything good. I do not have this app nor do I ever plan to download it because I am not trying to contribute to the drama and I am definitely not going to cower behind a silly screen name because I’m too scared to confront someone about something to their face.

I know, I don’t even have this app so why am I so frustrated? If you are even thinking about asking me this question then you need to re- read the beginning of my column and then smack yourself for not being attentive. I will give you one very big reason this app is driving me nuts and they masquerade under the name “Mercy College Gossip Girl”. This person who ever they are, has decided to stop living their life and be a spectator in the lives of others all while they virtually scrutinize every movement their victims make. I’m not kidding people this person talks about anything and anyone and it’s all through Yik Yak. There are very few things that I hate more than a bully and this person (I’m not sure if it is a boy or a girl) is not only a bully but a coward on top of it. The sick thing about this is that this person most likely has no intention of actually stopping what they are doing, they do not think that they are doing anything wrong and I find that very sad.

I am not perfect and I am definitely not a crusader for all who are bullied; however, if I can stand up to one person who thinks that they can get away with bullying whether it be physical, verbal or cyber bullying, then I will sleep better at night. So here it goes.

Mercy College Gossip Girl, I am calling you out. Quit being a coward and tell everyone who you really are. If you’re not woman or man enough to deal with the hundreds of people who are going to chew your ass up for being a malicious nosey prick, then do us all a favor and mind your business. Live your own life instead of being a spectator in everyone else’s biopics.