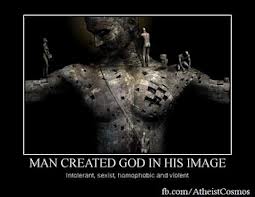 In most recent times it seems that I cannot scroll through television channels or through my Facebook news feed without coming across something that is in some way related the ISIS crisis. I have done my due diligence to be informed about the extremist group that is wreaking havoc across smaller parts of the Middle East. I am disgusted when I read about video’s that have been leaked online that show brutal beheading’s.

I walk around campus and talk to my friends who watch Fox News and such and listen to them preach like patriots about how our country needs to teach them a lesson and how Muslim is a bogus religion and how they all need Jesus. It didn’t really dawn on me that I had so many right winged friends. I don’t have really religious friends that is until the topic of Islam comes up.

I watch my friends who were once open minded become closed minded people all because they believe what the likes of Judge Janine Piro, Anne Coulter, and others who are at a personal war with Islam say. I do my due diligence to be informed about our countries foreign affairs and I know that just because there are some bad Muslims, it doesn’t mean that the whole religion is bad..

While reading the article Fields of Blood the other day, I was pretty happy when I realized that Karen Armstrong was a nun who was a sense a voice in the movement to educate people and fight against Xenophobia, specifically Islamophobia. I had to read the article twice because I didn’t really understand it in the beginning. Actually it took me a little bit to even realize what her profession was. The second time around I was able to see her position on the issue and I could not agree more. Although a lot of wars in history had had religious influences, there are plenty of wars that didn’t. There is plenty of genocide that occurred not because of religion, but because of other things.

Therefore it is incorrect to say that one specific religion is more violent than another. I find myself having to explain to my peers that there lie extremist in every religion. In fact we have Christian extremist still living among us in the U.S. It seems a lot of my peers forget the existence of the radical white supremacist group the Ku Klux Klan. Their views are based on the idea that people of Angelo Saxon race are gods true people and that those who are of different color, ethnicity, and religion are the evil that must be extinguished in the world.

I find it annoying and scary that it is the 21st century and we still have to educate people on why discrimination based on race or religion is wrong. I find it annoying that I have to hear my friend’s cousin tell her to be careful when traveling to Dubai because “you know how bad the Middle East is”. Dubai is a kingdom, they are part of the United Arab Emirates who happen to be allies of the U.S along with Saudi Arabia!

As I read other articles it solidified my belief that no one religion is more violent than the other. In this case the two religions in question are Islam and Christianity. Although I was happy that technically I was right it didn’t really mean much because my eyes were opened to another concept that is the title of one of the readings. The question that was posed was whether or not religion was inherently evil. Armstrong’s argument is that it is not. Rather that people are. I think Armstrong is right but I disagree to an extent. I do believe that religion is a violent concept especially the Abrahamic religions. I think that they can be more violent than other religions that seem to revolve around more than one god or that involve spiritual leaders. I must admit that I am still exploring the concept.

I never really read too much current events concerning foreign affairs until now. As I further annotate and analyze the articles I hope to gain a clearer understanding of why it is that I believe religion is in fact evil. I want to understand a little bit better why it is that religion can be both good and evil. I think that ultimately religion is a lot like mankind. It reflects us in that it is both good and bad.