Top 5 Words and Sayings That I Want to See Gone 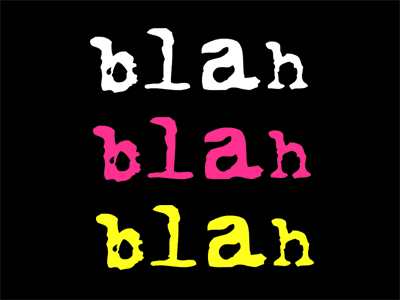 These are the words many people have used and abused. Check out this list of these commonly abused words, that you are sure to hear around every Mercy College campus.

4. Gay
The word gay has two meaning 1) a person who is attracted to the same sex as them. 2) a merry or joyful state of mind. The people who commented on “the worst words” on MSN now think the word gay when referring to a discriminatory slur should be removed. I agree, saying something is gay makes no sense and the person who says this statement is judged as a homophob.

3. Y.O.L.O
You Only Live Once had its 15 minutes of fame and then some. When I first heard this acronym I liked its analyzation of how short and fragile life really is. However, when people started using the term for stupid decisions i.e. “I crashed my car because my boyfriend broke up with me, YOLO!” Or “Dude, I made out with two girls at the same time last night. Now I have mono, YOLO.” The Lonely Island band from SNL had Adam Levine from Maroon 5 sing the YOLO song. It was funny but I think YOLO is now a no show. But really, YOLO needs to stop. I get it, I am only going to live once; I don’t want to be reminded about how much time I have on earth.

2. Like
The word like is now becoming a filler word. Filler words i.e. um, yeah and that’s right are annoying enough, they don’t mean anything and most if not all the time the person saying the filler word ran out of other words to say. Like used to be referred to as “she really likes you,” or “I like to swim.” Instead of using filler words use words such as next on the agenda, now I am going to talk about and I am transitioning to…if all else fails take a moment and think about your next sentence.

1.The “N” word
The “N” word is by far the worst word to say. Is it just me or is this degrading word becoming more and more used each year. I mean think about it, you hear it in music (most of the time rap) and the Oscar nominee film “Djando Unchained” used the word in many senses. The Civil War, which happened nearly 150 years ago was fought to end slavery in our Country. The 13th Amendment was made to enable African Americans to have freedom. Even when race was segregated in the 1960s Martin Luther King Jr. gave his “I have a dream” speech in Washington D.C. Our President Barack Obama is half black for god sakes.

If you want to see the full list go to MSNnow.com