When I Think About Marriage… 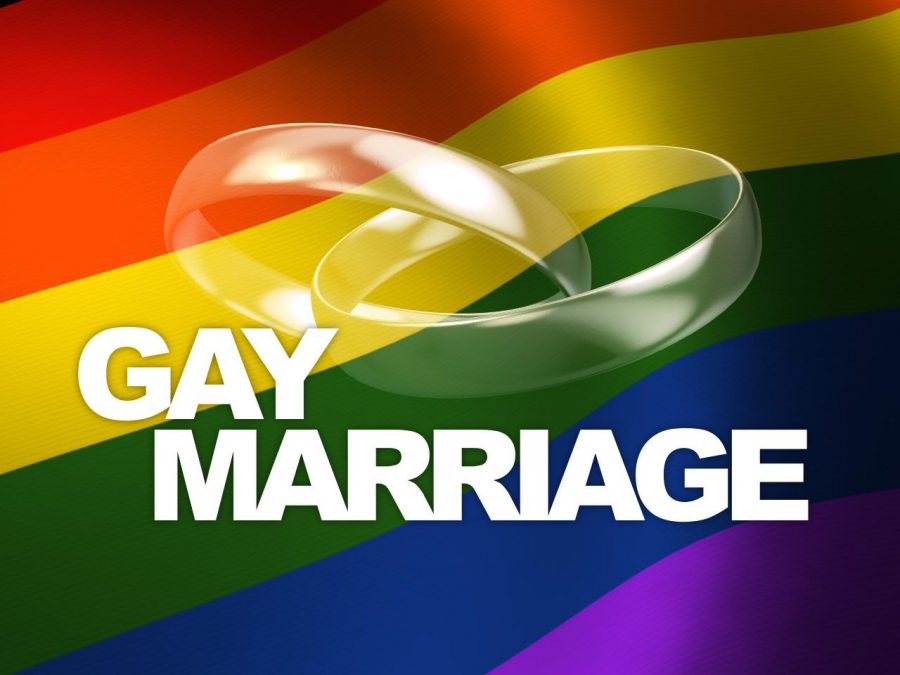 I think that marriage is a commitment between any couple, straight or gay. We all have rights, each and every one of us. And some people are rooting for Congress to not allow us to practice those rights.

Now, I never have been married. From word of mouth, marriage is hard to obtain, but if you love someone enough to spend your life with them,  you should be afforded the chance.

When I went to middle school, the priests would talk about a lot of “relationships.” One discussion I remember is how only a man and a woman could get married. Marriage is a sacred sacrament that brings new life into the world, and blah, blah, blah. I then realized why the church was saying these things; their view on marriage is only for procreation, and gay people… can’t.

Yeah that’s great, but marriage isn’t all about having kids. New kids are new parishioners – and the tradition will continue.

However, marriage is so much more than that. Marriage is spending one’s life with another for the rest of each other’s lives. Everyone has the right to do that. Yes, people have kids when they get married, but yet again some do not.  Yet same-sex couples can also make a family (its called adoption!) My mom knows a teacher who is married and he adopted a child. Now he and his partner are one big happy family.

Nine states accepted same-sex marriage, while six states accept civil unions between same-sex couples. Meanwhile, there are 38 banned same-sex marriage states. It really doesn’t make any sense why 38 states don’t want to legalize gay marriage when so many people accept same-sex couples for who they are.
I remember when New York became a state that legalized same-sex marriage. Eyewitness News had footage of people dancing in the streets. Then the next day came and the news showed couples getting married. It meant a lot to them because the public fought long and hard to see the day when they would get married in their own state. According to Pew Research Center, 58 percent of the general public think marriage should be legal for same-sex couples.

I think that was when gay marriages were frequently spotted in TV shows such as (Modern Family, The New Normal) in movies (Broke Back Mountain, Cloud Atlas). I think that society today is slowly but surely accepting the gay community. Even on Facebook, we all saw the show of support as many changed their profile picture to an equal sign in support of gay marriage. I think now gay marriage is more of a norm. Even President Obama agrees that gay marriage should be legalized.

I believe with hard work, dignity, and faith anything is possible. Maybe someday those 38 states that band same-sex marriage will give and legalize marriage to everyone. Until then, marriage is for everyone, regardless of what a piece of paper says.