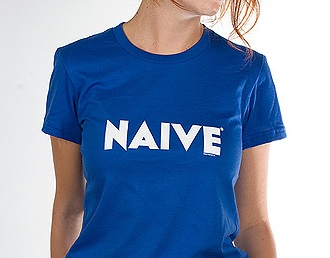 I was speaking to my friend one day about what happen in Cleveland, OH. She told me it’s a shame what these girls went through…their entire lives are ruined now, and for the rest of their lives. When she said their lives are ruined it didn’t register immediately in my mind until she started talking about education, the years that were wasted in the house where they were chained and abused, and the numerous times the girls were raped, got pregnant, and had miscarriages because of Ariel Castro.

What happen to these girls for 10 years is absolutely horrendous; I don’t think anyone could imagine what they have seen or been a part of.

There is always a report on the news were someone says, “It won’t happen to me” after a natural disaster, or a gun shooting, or someone gets assaulted. Now let me clarify, do I want something bad to happen to another person, no. However, people need to start being aware of their surroundings, and not trusting everything someone says. We need to be more alert to what we post online i.e. information, locations, photos etc. I have friends who post photos on Facebook, Twitter, and Instagram with the map and the location of where they are. That is absolutely ridiculous because everything you post, upload, and share is then saved FOREVER on the Internet. No matter what you do on the Internet someone can find it: friends, co-workers, family members, strangers.

My friend from before also mentioned she works at a shopping mall. She said after her shift is over (sometimes she leaves work at 11 pm.) She runs to her car which is parked in the parking garage, while she is running she unlocks the car door with her car remote and when she gets to the door she ‘jumps’ into her car. It is at this point that she locks all four doors and makes sure she is safe. Then she turns on the car and goes home. While she was saying this we both were hysterically laughing, but I knew why she would do this routine after work. As a woman, you have to be careful when walking alone at night. That is why society should not think rapes, kidnaps, and murders only happen to people who live in bad neighborhoods; anything can happen to anyone, at anytime.

I recently saw a clip of Louis CK’s comedy show “Oh My God,” and in this clip he spoke about dating. He said “If a woman says yes to go on a date with a man it’s literally insane and ill advised…how do women still go out with guys, there is no greater threat to women than men. We are the number one threat to women…” He then says, “When a women goes in a car with a man, and she says ‘where are we going’ and the guy says ‘to your death statistically speaking.'”