The Highs and Lows of Legalizing Marijuana 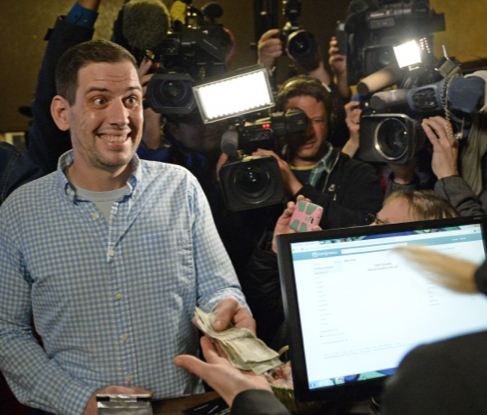 Marijuana has been a topic of discussion in news for a couple of years now. However, it became a “high”-raising issue when Colorado, Washington State, and other states later this year will legalized the drug for medical and recreational use. This occurred in January of 2014, and ever since then U.S. states law makers are on the fence whether they should legalize or not enforce this drug. Now U.S. citizens, the Federal Government, and all types of news media are either for it or against it.

I see it as, if someone needs marijuana for medical use, such as relaxation after chemotherapy sessions I would agree on their behalf. However, if you do not get treatments I don’t see a need to smoke. There are so many other solutions that leave you feeling relaxed, happy, and in high spirits. Yoga, hot bubble baths, and exercise are three major activities people can use to feel good.
Nevertheless, citizens in states that legalized or will be legalizing pot will make the argument about it’s good for the economy, the businesses run there, and people’s attitudes have changed for the best. Than there are citizens who either never smoked, don’t like the drug, or don’t want their law makers to legalize pot all together. Whether these people who disagree are older than those who agree, pot is still an addicting drug and needs to be taken in moderation.

According to a survey conducted by Pew Research Center, 60 percent of Americans (that’s six-out-of-ten) said that the Federal Government should not enforce it’s marijuana laws in states that permit use. This meant that the Obama Administration and the Federal Gov. should not just target individuals who use marijuana legally, but those who mess around with the drug and sell it to minor or to gangs, which is still illegal in states that have legalized pot. In this Pew Research article, 52 percent of Americans said the use of marijuana should be made legal, while 45 percent disagreed. This is the first time in four decades that the majority of Americans approve of pot.

When Colorado legalized medical and recreational pot use they made $1 million a day in marijuana sales! That would make anyone and every state green with envy.

But like all good things, there must be a down fall. Well Nancy Grace did a segment on people who smoke recreational pot. Some people agreed, but a lot of people were upset about how she described those who smoked. However, Grace is not the only reporter who bad-mouths pot smokers. Fox News also disagrees with legalizing pot. In a video created by The Young Turks, Colorado State Representative, Jared Wright (R) said, “It’s just a matter of time before marijuana legalization starts causing violence and increase crime.” Which doesn’t seem predictable when marijuana makes you feel calm inside. Alcohol creates more domestic violence, but you don’t see any state rep. trying to banned alcohol. Do you? People get alcohol poison and sometimes die. But alcohol is still legal and people buy it. Alcohol is a form of drug too, but you don’t see Fox News reporting about the damage it has on people’s lives.

There are higher-power people who do enforce pot. One in particular is President Obama, who states in The New York, “I smoked pot as a kid,and I view it as a bad habit and a vice, not very different from cigarettes that I smoked as a young person up through a big part of my adult life. I don’t think it is more dangerous than alcohol.” So in a sense Pres. Obama means pot and alcohol are not that distance from each other when it comes to usage and addiction.

As I have read in recent articles, 2014 has already been a year for first times. First time marijuana is being legalized in other states, the first time the majority agrees with pot, and the first time the Super Bowl will be played in New Jersey. This is significant because the two teams that are playing are the Denver Broncos and the Seattle Sea hawks. A lot of people went on social media and started to call the Super Bowl the “Stoner Bowl.” Which is great! More publicity for the team and for NJ. Now the only thing to top that is if the commercials’ advertisements are about pot.